Moto Z3 Play smiles for the camera once again 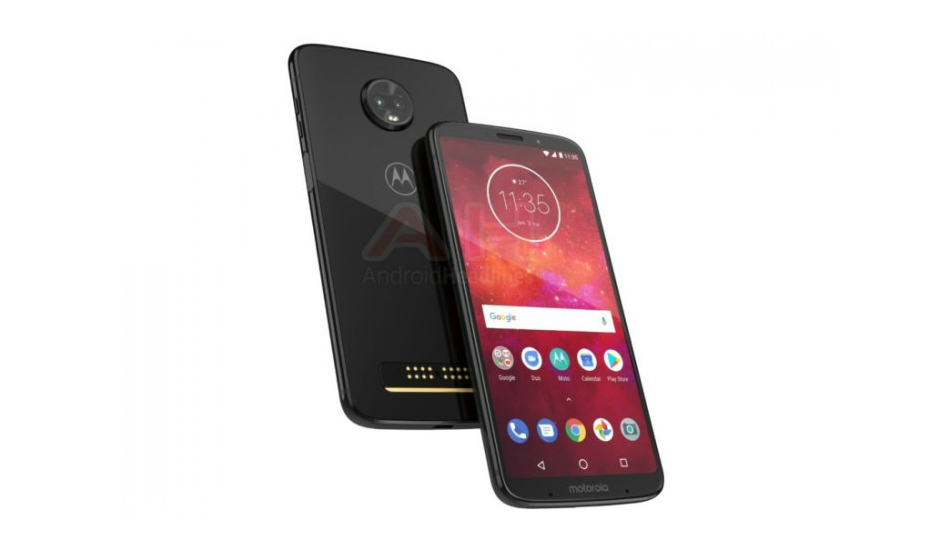 It will be the first time the Play line will see a dual rear camera setup and support for MotoMods.

The Moto Z3 Play as had been shown to us earlier looked a lot like any of Motorola’s older devices and if leaks are to be believed, we are now looking at its first official render. According to AndroidHeadlines, the image is from a trusted source and shows the Moto Z3 Play in a particular angle, revealing the front and back side of the device.

Among the several changes to the Z Play lineup, it’s interesting to see Motorola remove the traditional Home button and rather opting to have a tall screen with minimal bezels on the front. The display on the device is thus one with an aspect ratio of 18:9 and we figure it might span up to 6-inch with an FHD+ resolution.

With the Home button removed and the lack of the same in the back side of the device, it’s rather clear that Motorola is moving toward mounting a fingerprint scanner on the edges. And if rumours are anything to be believed we could as well see the side-mounted power button doubling up as the fingerprint sensor for biometric identification.

This is the first time a Moto Z Play device is rocking a dual camera setup at the back as the Moto Z2 Play only came with a single primary camera. We’re not quite sure what Motorola is opting for in terms of the sensors as the render barely shows two shooters lined up horizontally inside a circular space which we’ve come to see in the Moto X4 and Moto G6 lineup.

The front panel seems to feature a dual microphone system for noise cancellation as there is some space reserved at the top for an earpiece as well. Though we could look at the charging port which is placed at the bottom we’re not quite sure whether the Moto Z3 Play will equip a 3.5mm headphone jack. From the looks of it, the Moto Z3 Play will also be home to various MotoMods from the past and future as it sees the inclusion of magnetic connectors which we believe would be backward compatible.

Earlier reports suggest that the Moto Z3 will be powered by a Snapdragon 636 processor which we’ve come to see in the Redmi Note 5 Pro and Asus’ Zenfone Max Pro M1. The dual camera setup has been speculated to come with 12-megapixel and 8-megapixel sensors with an LED flash.