The device will feature an all-screen front which might displace the fingerprint scanner to the edges, doubling up as a power button as well.

Lenovo-owned Motorola is geared up to unveil the Moto Z3 Play, the leaks have been seeping in since the start of the year. A month after the device was hinted to feature an 18:9 display, another case render has popped up which suggests us the possibility of a fingerprint scanner which is edge-mounted.

Looking at the previous renders, it was obvious that the fingerprint scanner on the Moto Z3 Play will need to be displaced since the front side featured an all-screen panel with thinner bezels on the top and bottom. New renders from Poetic Cases which wrap up the upcoming Z3 Play device with a frosted back cover hints at a wider space on the right side, where the power button should be. Furthermore, the rear panel only features the dual camera with flash inside Motorola’s now traditional circular ring space, which confirms that the fingerprint scanner finds its way to some other location. 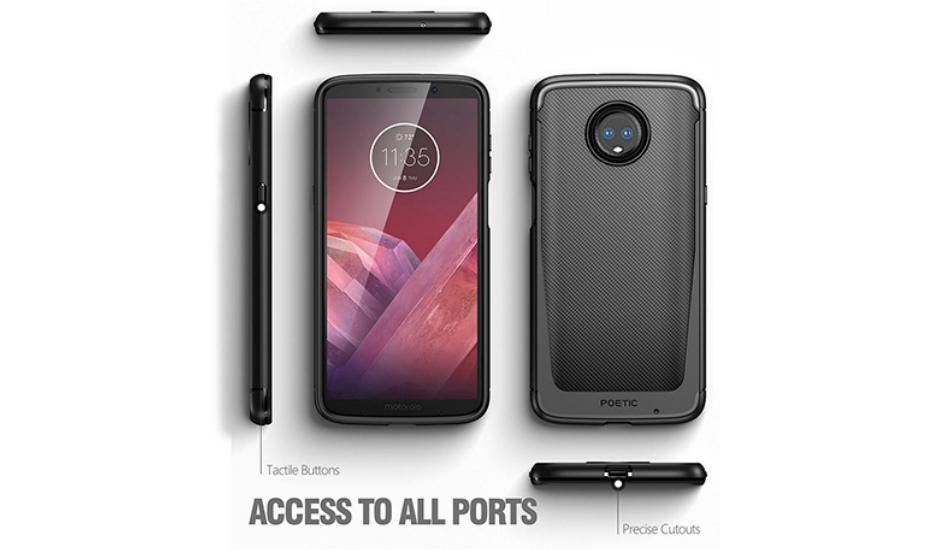 Considering Motorola would make the fingerprint scanner double up at the power button on the right side, what’s interesting is the extra button on the left edge of the phone, meaning there could be a different purpose for the third button. Coming further from its previous generation of smartphones, the Moto Z3 Play will be featuring a much taller 18:9 aspect ratio display with space saved for the camera module and the earpiece on the top.

According to the previous bunch of rumours, the Moto Z3 Play will be sporting a 6-inch screen and will be powered by the latest mid-range Snapdragon 636 chipset. Packed with a 3,000mAh battery, the Z3 Play will come in two configurations; 4GB RAM & 32GB storage and 6GB RAM and 128GB storage. The dual camera at the back will make us of 12-megapixel and an 8-megapixel lens with a front-facing 5MP snapper for selfies.