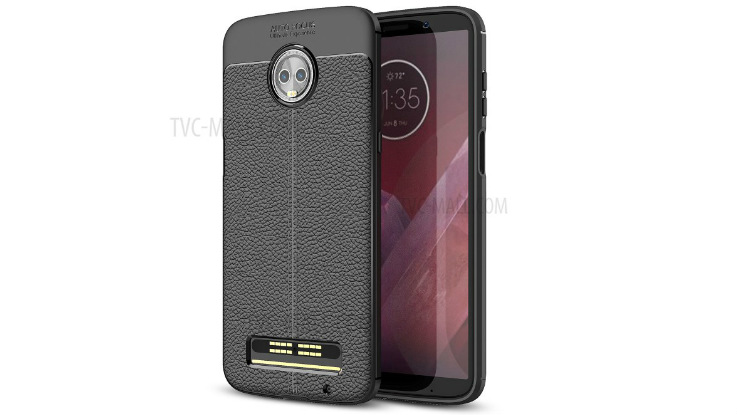 The renders were posted on TVC Mall and it shows the phone in different cases and it reveals that the smartphone will retain the modular concept, which has been the strength of the Moto Z-series. The biggest difference here is the placement of the fingerprint sensor. The case renders reveal that the smartphone could bear a fingerprint sensor on the right side along with volume controls, similar to what we have seen in some Sony Xperia devices. 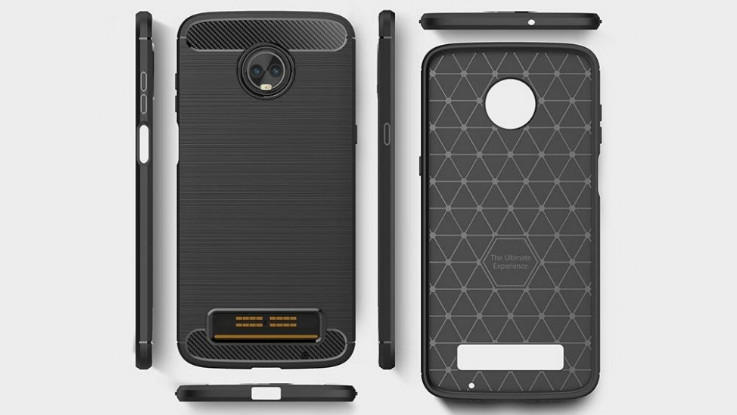 The main reason to shift the placement of the fingerprint could be the inclusion of new 18:9 display. The renders give a fair hint that the device will feature a Full-Screen display with front-facing camera and earpiece being at the top, while at the base, there could be on-screen navigation controls. The previous leak reveals that there could be a software button at the bottom, which could be used for navigation.The left house’s power on/off button.

At the back, there is a dual-camera setup and it is similar to Moto X4, while at the base, there will be magnetic connectors for snapping the Moto Mods. Interestingly, the case renders also reveal that the smartphone will ditch 3.5mm audio jack in favour of USB Type-C port. There are cutouts for the microphone at the top of the phone and at bottom of the rear panel, which could be meant for noise cancellation.