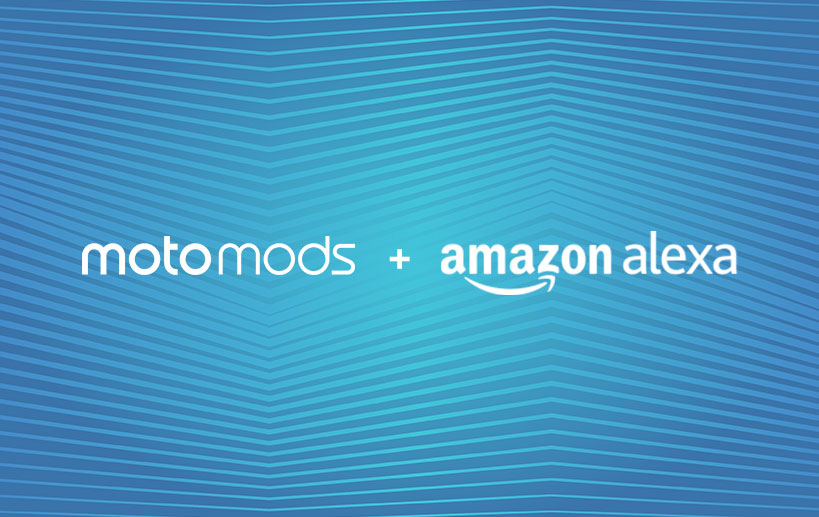 If you are not aware, Alexa is an AI (Artificial Intelligence) powered personal voice-assistant from Amazon which previously powered Echo.

Yesterday, Lenovo launched its this year’s lineup of Moto G smartphones, the Moto G5 and Moto G5 Plus at the Mobile World Congress in Barcelona, Spain. On the other hand, the company has now confirmed that itwill bring Amazon’s Alexa to Moto Z smartphones later this year, through moto mods. If you are not aware, Alexa is an AI (Artificial Intelligence) powered personal voice-assistant from Amazon which previously powered Echo. Interestingly, Huawei also launched its Mate 9 in the US, last month, with Alexa integrated to its OS.

The official blog post read – “With our Amazon Alexa Moto Mod, you can easily perform everyday tasks while on the go, like controlling your smart home, checking the news, requesting a ride from services like Uber, and more — using just your voice. For example, when you start your commute home, you can ask Alexa to adjust your home’s temperature so it’s comfortable when you get there. Or, you can add milk to your shopping list without ever picking up a pen.”

Apart from this, Motorola also announced a new Moto Power Pack which the company claims can give you additional 50% of power with a slimmer design. Further, it will also come with a special efficiency mode which automatically charges your phone to keep efficiency at its peak. The Moto Power Pack will be available for purchase starting March 2017 for $49 (approx. Rs 3,200).

Not only this, the company also announced that it will be bringing a new Gamepad Moto Mod which will literally turn your smartphone into a mobile gaming console. The Mod will essentially add physical controls and will pack its own battery inside.

Coming back to Alexa partnership, it is an interesting move as both the Moto G5 and G5 Plus (launched yesterday) comes with Google Assistant built-in which is another AI-powered voice assistant from Google. What’s more interesting to note is that Google introduced its Google Home speaker last year, which was a direct competitor to Amazon’s Echo which was powered by Alexa. So both Amazon and Google appear to have tapped each other’s market and let’s see what users will prefer.