The Moto G7 Play will be the cheapest variant of the G7 lineup which will be headlined by the Moto G7 and Moto G7 Plus. First up, the G7 Play will feature a notch at the top of the display, the very first time for a Moto G-series phone. The notch will feature the front camera, flash and speaker.

A month after we saw CAD-renders of the Moto G7, we’re now looking at the Moto G7 Play which has recently gone through certification at FCC. With this development, the Moto G7 Play has been leaked with all relevant details including its design language and specifications. 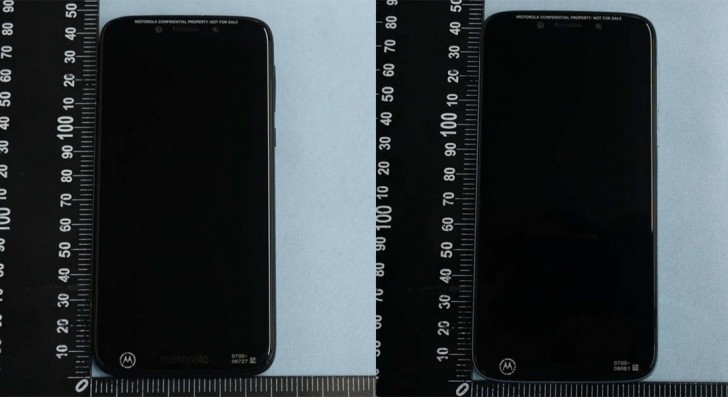 The G7 Play will be powered by a Qualcomm Snapdragon 632 with Adreno 506 GPU, a clear step up from the 4XX-series chipset on the G6 lineup. There’ll be the every-so-celebrated 3.5mm headphone jack with a rear fingerprint scanner and a USB-C part at the bottom.

The phone is expected to ship with a 2,820mAh battery, which is a letdown considering the G6 Play came with a 4,000mAh unit. The G7 Play alongside the G7 and G7 Plus is expected to run Google’s latest Android 9.0 Pie interface out-of-the-box with Moto’s own set of applications. 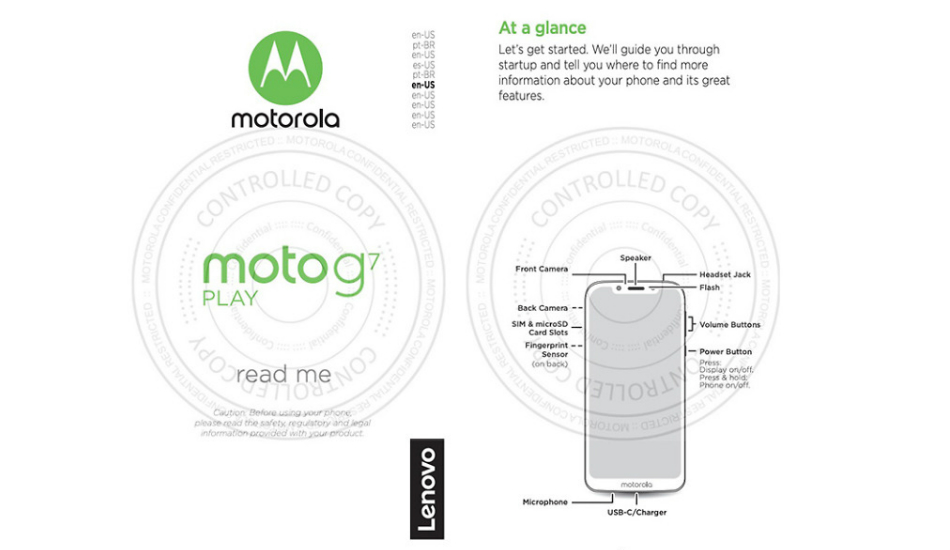 The handset model numbered as XT1952 will be available in Light Silver Blue or Black colours with a ring-shaped region for the single rear camera, positioned above the fingerprint sensor. It’ll be available in both single-SIM and dual-SIM variants and we can expect an official release sometime in December 2018 or January 2019.