Moto G22 Renders and specifications have been leaked online. The phone has a 6.53-inch OLED display with support for a 90Hz refresh rate. 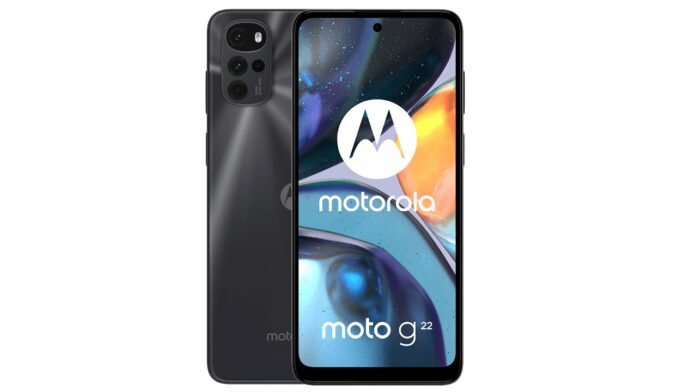 Lenovo-owned Motorola is said to be soon launching Moto G22 smartphone. Now ahead of the launch, a bunch of Moto G22 renders as well as its specs have leaked online.

As of now, there is no exact launch date of the G22. Winfuture.de has leaked the high resolution renders. In addition, the publication has revealed the specifications of the upcoming device.

As per the renders, the Moto G22 will come with a hole-punch in the middle of the screen and a thick chin. The reports claims that the phone has a 6.53-inch OLED display with support for a 90Hz refresh rate. It has an HD+ resolution of 1600 x 720 pixels.

Further, the Moto G22 renders reveal that on the back, there is a quad-camera setup. In addition, there is also Motorola batwing logo at the back. The phone also has a 3.5mm headphone jack at the top edge. There’s a fingerprint reader built into the power button on the right side.

Moto G22 will come with a 6.53-inch IPS LCD display with an HD+ resolution and a 90Hz refresh rate. The phone will be powered by the Helio G37 chipset. It is expected to offer 4 GB of RAM and 64 GB of native storage.

In addition, the Moto G22 will reportedly pack a 5,000mAh battery, which charges at 10W. The smartphone will lack support for 5G connectivity. For security, there will be a side-mounted fingerprint reader.

For optics, the phone will have a quad camera setup. This will include a 50-megapixel primary camera with an f/1.8 aperture, an 8-megapixel ultrawide lens with an f/2.2 aperture and a 118-degree FOV, and a pair of 2-megapixel macro and depth sensors with an f/2.4 aperture.

In addition, for selfies and video calling, there may be a 16-megapixel front camera with an f/2.45 aperture. Besides, the phone will run on the latest Android 12 OS. Lastly, the G22 allegedly weighs 185g.

Talking of the pricing details, the phone will come with a price tag of 200 euros (approx. Rs 17,020). It is said to come in Cosmic Black, Iceberg Blue, and White colours. 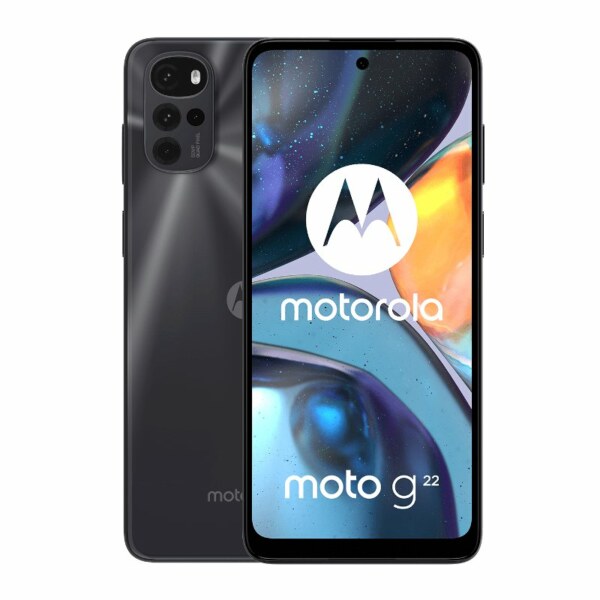