Upcoming Moto G22 is tipped to pack a triple rear camera unit with a 50-megapixel main sensor and a 5000mAh battery. 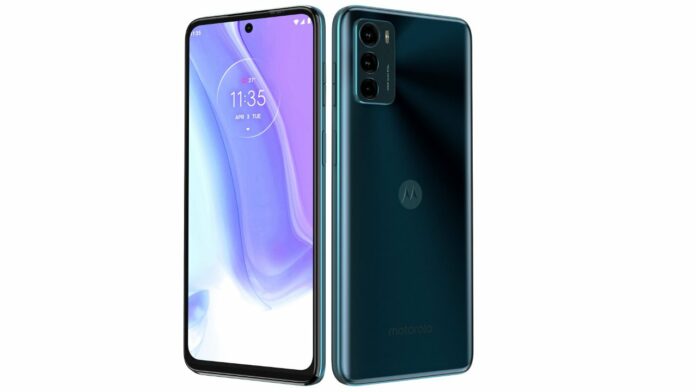 Lenovo-owned Motorola might be soon launching Moto G22 smartphone. Now ahead of the launch, the entire specifications and pricing of the Moto G22 have leaked online.

As per a leak by Nils Ahrensmeier of TechnikNews, the Moto G22 will come with a 6.5-inch IPS LCD display with an HD+ resolution and a 90Hz refresh rate. The phone will be powered by the Helio G37 chipset. It is expected to offer 4 GB of RAM and 64 GB of native storage.

In addition, the Moto G22 will reportedly pack a 5,000mAh battery that supports 18W fast charging. For optics, the phone will have a triple camera setup.

In addition, for selfies and video calling, there may be a 16-megapixel front camera with an f/2.45 aperture. Besides, the phone will run on the latest Android 12 OS. Lastly, the G22 allegedly weighs 185g.

Talking of the pricing details, the phone will come with a price tag of 200 euros (approx. Rs 17,020). It is said to come in Cosmic Black, Iceberg Blue, and White colours.

Moto Tab G70 is equipped with a 13-megapixel rear camera. In addition, there will be an 8-megapixel on the front for video calls and selfies. It is backed by a 7,700mAH battery with 20W rapid charging support. In addition, it comes with an IP52 rating for dust and water resistance.