Moto E40 specs have been confirmed ahead of its launch in India tomorrow. The phone will go on sale via Flipkart after launch. 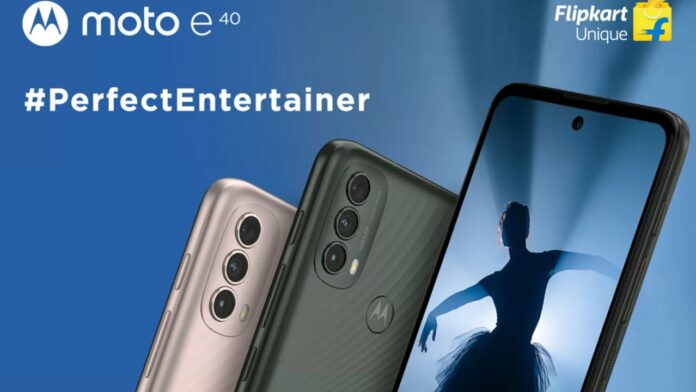 Moto E40, the latest smartphone from Motorola will be launching in India tomorrow. After its launch, the phone will go on sale in India via Flipkart. Now ahead of the launch, the major specs of the Moto E40 have been teased on Flipkart.

As per the Flipkart listing, the Moto E40 will feature a punch-hole display with a 90Hz refresh rate and 400 nits of brightness. The phone will come with a triple camera setup with a 48-megapixel main lens, a depth sensor, and a macro shooter.

In addition, the listing also tells us that the handset will offer features like an IP52 water-repellent body and a Google Assistant key. The E40 will also come with a rear-mounted fingerprint scanner and face unlock.

Moto E40 was recently unveiled in Europe. Moto E40 features a 6.5-inch HD+ display with 720 x 1600 pixels resolution. In addition, the display has a 90Hz refresh rate and a punch-hole at the center to house a selfie camera. It packs a 5,000mAh battery which Motorola touts to last for two days.