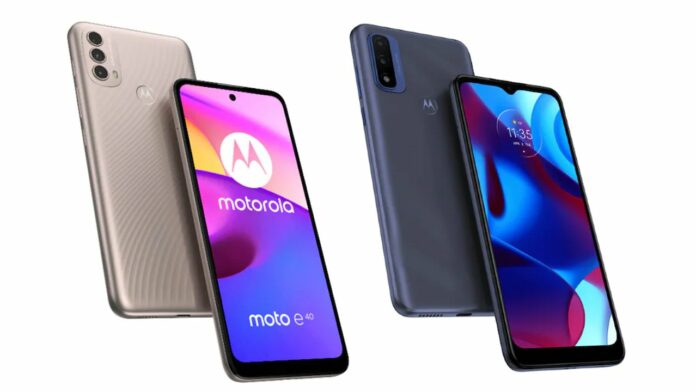 Motorola has announced two new smartphones – Moto G Pure and Moto E40. While Moto E40 has been unveiled in Europe, whereas the Moto G Pure has been introduced in the US. Moto E40 is also set to launch in India next week.

Moto E40 features a 6.5-inch HD+ display with 720 x 1600 pixels resolution. In addition, the display has a 90Hz refresh rate and a punch-hole at the center to house a selfie camera. It packs a 5,000mAh battery which Motorola touts to last for two days.

The handset also has a dedicated Google Assistant key at the right side. Connectivity features include dual SIM support, Wi-Fi 802.11 b/g/n, Bluetooth 5.0, GPS, a USB-C port, a 3.5mm audio jack.