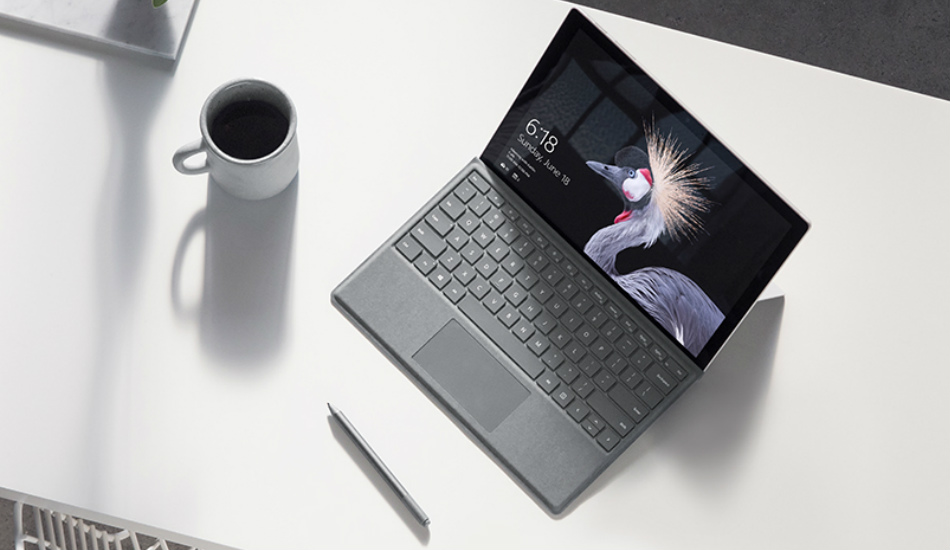 The laptop comes with a starting price of Rs 64,999 and it will be available on Amazon and Flipkart as well as retail stores in India February 22, 2018.

Microsoft has today announced the launch of next-generation of Surface Pro 2-in-1 in India. The laptop comes with a starting price of Rs 64,999 and it will be available on Amazon and Flipkart as well as Reliance, Vijay Sales, and other authorized retailers in India starting from February 22, 2018. 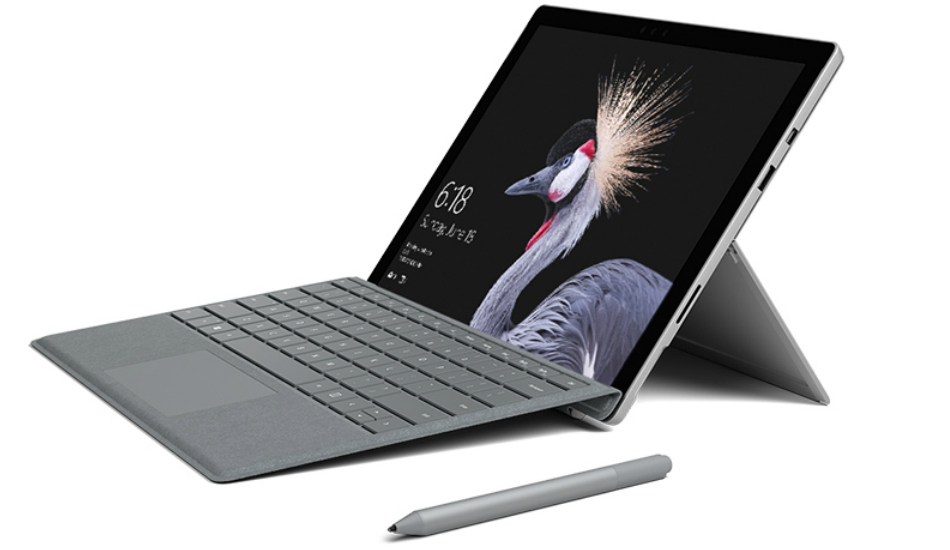 The Surface Pro comes loaded with the latest 7th Intel Kaby Lake processor and will be available in choices of Core m3, Core i5 and Core i7 variants. The Core m3 and Core i5 come with a fanless design. Coming to memory option, the Core m3 will available in 4GB RAM, 128GB of flash storage and Intel HD Graphics 615 GPU.

The Core i5 model is available in two configurations including a 4GB RAM and 128GB storage and 8GB RAM with 256GB storage with all the variants sports Intel HD Graphics 620. Lastly, the Core i7 variant comes in three variant including 8GB RAM and 128 GB storage option, 16GB RAM and 512 storage, and 16GB RAM along with 1TB storage. All the options come loaded with Intel Iris Plus Graphics 640.

On the connectivity front, the device sports a one USB 3.0 connector, one Mini DisplayPort, micro SDXC card reader, Surface Connect for charging and headphone jack. There are also dual microphones and new 1.6W stereo speakers with Dolby Audio Premium.

Other than this, the company has also unveiled Surface Pro Signature Type Cover, the new Surface Pen and the Microsoft Surface Arc Mouse. The new Surface Pen comes with 4,096 levels of pressure sensitivity for increased accuracy and responsiveness. New tilt functionality detects the angle of the Surface Pen to enable more natural shading. The new Type Cover has a key travel of 1.3mm for faster typing.

There is also a new Surface Dock with support for two 4K displays and four USB ports. One can connect the Dock through Microsoft Surface Connect port. Further, there is a Surface Dial, which when placed on a screen, brings up app-specific digital tools, allowing people to quickly access shortcuts.

Lastly, Microsoft has also introduced new inking features in Microsoft Word, Excel and PowerPoint, which include a customizable gallery of one’s favourite pens, pencils and highlighters that roam with his/her as a personalised setting across Office apps and devices, along with support for tilt and shading with the Surface Pen. These capabilities will begin to release to Office 365 subscribers in June, including the more than 100 million monthly active commercial users and 26 million consumer subscribers.

Additional the brand has introduced a Whiteboard app, which offers a limitless canvas for creativity and collaboration with simultaneous inking between multiple people across the world. With Microsoft Whiteboard, people will be able to collaborate on ideas and projects across an expanded set of ink-enabled Windows 10 devices later this year, with exclusive capabilities for Office 365 subscribers.