The 3G calling tab from Micromax is powered by the Qualcomm Snapdragon processor.

Micromax has launched its second generation 3G calling tablet, Micromax Funbook 3G P-560, in the Indian market. The P-560 is now available for Rs 8,999 and is available from Infibeam.

This second generation 3G calling tablet form Micromax comes with Qualcomm Snapdragon MSM7227-A chipset featuring a 1 GHz application processor and is based on the low performance oriented ARM Cortex A-5 architecture. It’s the first ever tablet product from Micromax to feature a Qualcomm processor.

Along with that there is an Adreno 200 GPU to take care of the graphics requirements of the tablet. 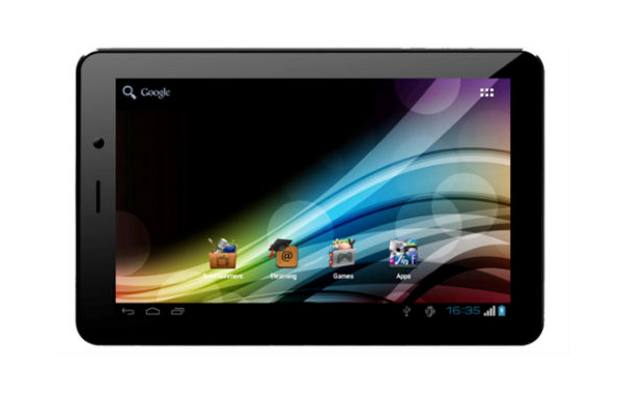 The Micromax Funbook 3G utilises the Android Ice Cream Sandwich operating system and comes with 512 MB of RAM and 4 GB of onboard storage (2.5 GB user available) which is further expandable to up to 32 GB.

This 3G tablet has a 7 inch touchscreen with 800 x 47880 pixel resolution along with 5 point capacitive touch input system. The tablet comes with a dedicated earpiece and microphone ensuring users do not need to use a headset of Bluetooth hands free to access the calling feature n the tablet.

The Micromax Funbook 3G has a 2 megapixel rear camera and a VGA camera in the front for video calling. The battery provided on the device gets a 3000 mAh rating ensuring that the device gives up to 4.5 hours of usage/calling time.

You can use a SIM of any telecom service provider with the tablet for both 3G internet browsing and to make phone calls. Also, the tablet has WiFi with hotspot functionality, Bluetooth 3.0, and micro USB port.