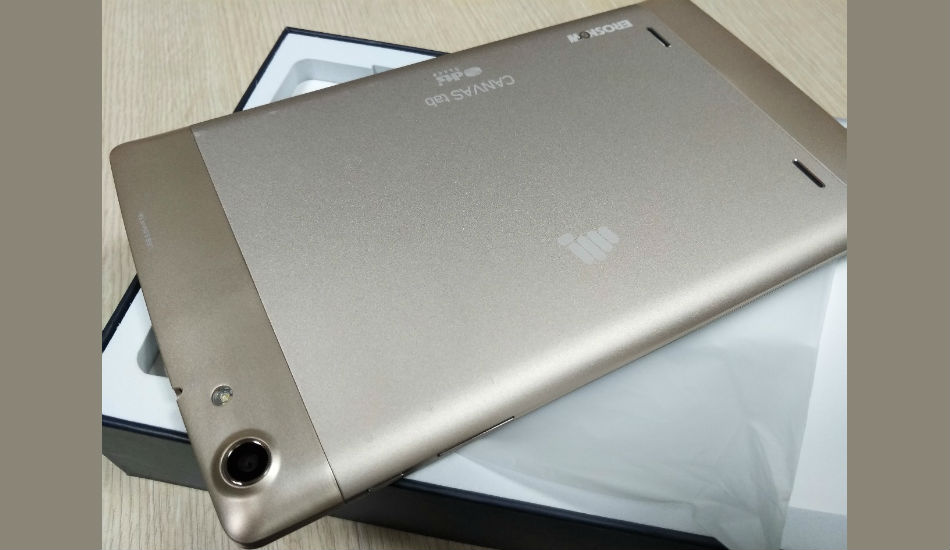 The company is planning to launch a new tablet, known as Micromax Canvas Plex, pretty soon in India.

Micromax has finally shifted some gears and it seems that the company is gearing to announce a slew of products in India. After launching a smartphone recently, the company is now planning to launch a tablet – Micromax Canvas Plex, pretty soon in India.

We received a tip from our sources, which shows the retail box and back of the device. The photo shows the back of the device and one can easily primary camera on the top left corner of the tablet along with LED flash, while at the base there are two speaker grilles. It seems that the brand has tied up with Eros Now for providing the content (one can see the branding on the bottom of the device). Further, the tablet will also come loaded with DTS sound, which might improve the overall audio experience of the device. 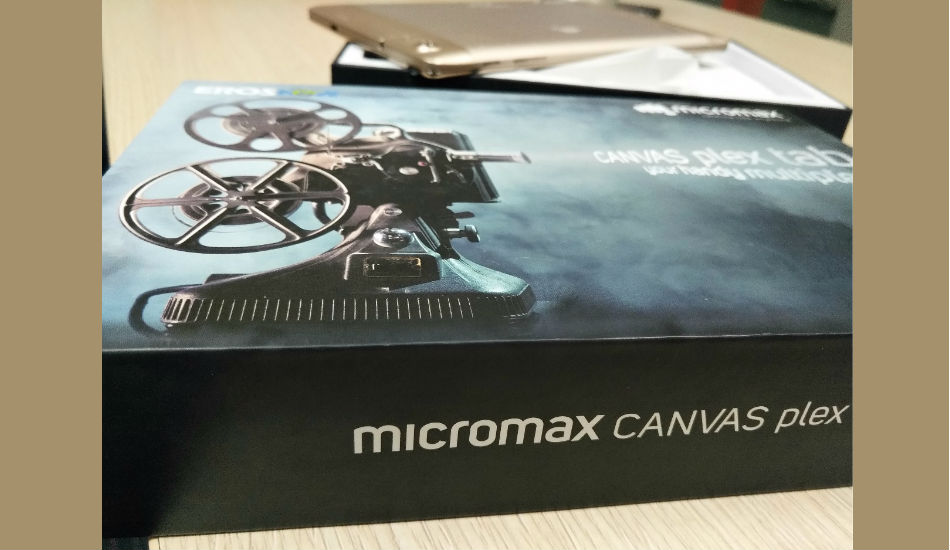 The retail box hints that the tablet is targeted at the media-consuming users, who love to watch movies and streaming videos. Judging by its size, one could expect a 7 to 8-inch display and it also said to run on Android Nougat.

However, other than this, there is no information about the pricing and specifications of the device, so we suggest you stay tuned with us for further details. Meanwhile, the company has launched a new smartphone known as Micromax Canvas Infinity for Rs 9,999. The major highlight of the device is the new Full Visiondisplay along with an aspect ratio of 18:9. Interestingly, Micromax becomes the first Indian smartphone manufacturer to adopt new aspect ratio. To recall, LG was the first brand that came up with the whole 18:9 aspect ratio known as Full Vision with the launch of LG G6. Samsung followed the lead and unveiled the similar aspect ratio with its Infinity display with Galaxy S8 and Galaxy S8+.

In terms of specifications, Micromax Canvas Infinity features a metal frame with a removable back and comes loaded with a 5.7-inch HD IPS display. Unlike other HD screen resolutions, this one comes with 1440 x 720 pixels and boasts an aspect ratio of 18:9. the device is powered by an older Qualcomm Snapdragon 425 processor along with 3GB of RAM and 32GB of internal storage. The storage is further expanded up to 128GB via microSD card slot. The device also comes with a rear-mounted fingerprint sensor.

On the software side, the Canvas Infinity runs on Android 7.1.1 Nougat with company’s own UI running on top of it. Micromax has also added some nifty features like Smart Action through which users can wake and lock screen by double tap, flip to mute or snooze alarm, call a contact by placing the phone close to ear and more. The company has also promised to update to Android O also. On the camera front, the device sports a 13-megapixel rear camera with aperture f/2.0, 1.12-micron pixel size, an 81.5-degree field of view, 5P lens and LED flash. For the front, there is a 16-megapixel shooter for selfies and video calling.