Vivo has recently unveiled the first smartphone with an in-display fingerprint scanner.

Meizu is all set to launch Meizu M6S (Blue Charm S6) smartphone on January 17. Now ahead of the launch, the company has released two teasers regarding some of the specs of the Meizu M6S. 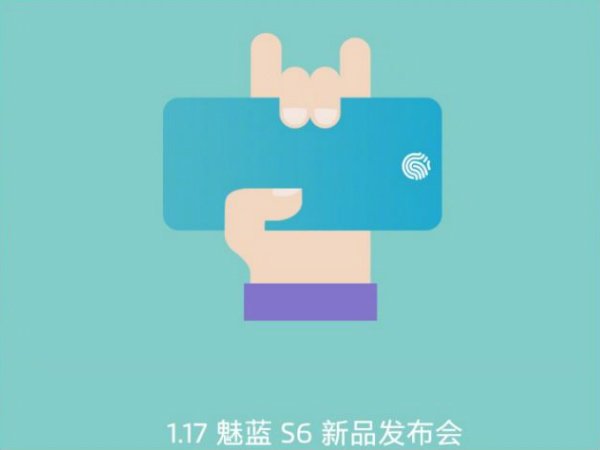 One of the teasers surprisingly hints at the on-screen fingerprint recognition technology. However, it is to be noted that this one is not inline with the earlier reports of the Meizu M6s which says the device having its fingerprint sensor on the right side, under the power button instead of company’s proprietary physical mBack button. The picture in the teaser shows a fingerprint icon on the screen of the device which shows that the new device will definitely have an on-screen fingerprint recognition technology. Till now, only Vivo has unveiled the first smartphone with an in-display fingerprint scanner. The phone was revealed at the Consumer Electronic Show 2018 recently and in the process has become the first company to do so. 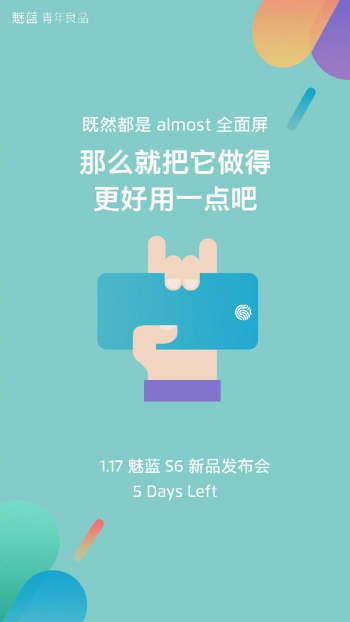 Recently, the smartphone was spotted on a GeekBench benchmarking website. In the GeekBench listing, the Meizu M6S got 1312 points in single-core test and in multi-core test it received 3134 points. As per the listing on Geekbench, the Meizu M6S has 3GB RAM and 1.59 GHz hexa-core processor. The handset is based on the Android 7.0 Nougat operating system. From the specs, we expect Xiaomi Riva could be an entry-level or mid-range smartphone.

The previous rumours say that the Meizu M6S will feature a 5.7-inch display that has HD+ display with 720 x 1440 pixel resolution and a 2,930mAh battery. It offers 3GB RAM, 32GB of internal storage and expandable storage via a micro SD card. For the camera, the device will feature a 13-megapixel rear camera with LED flash and a 5-megapixel front-facing camera. The handset will measure 152 x 72.54 x 8.0mm.

It is expected that the Meizu M6S will come in two variants – domestic and international. The domestic variant will sport the Exynos 7872 SoC, whereas the international version will sport the MediaTek MT6750 SoC. It will be powered by a hexa core processor, along with Mali G71 GPU and runs on Android 7.0 Nougat operating system.