MediaTek has unveiled Kompanio 1380 SoC for premium Chromebooks. It is a flagship SoC that is based on TSMC’s 6nm process. 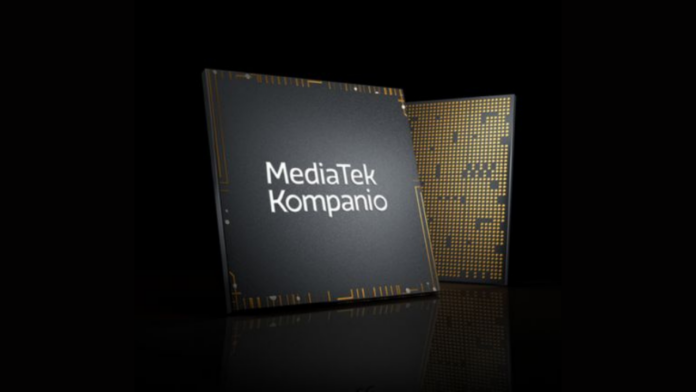 MediaTek has been known to offer affordable chips, but the company has switched its approach to provide a more premium experience to the users. Taking another step in the same direction, MediaTek has unveiled the Kompanio 1380 SoC that is fabricated on a 6nm node. The SoC is made to power the premium flagship Chromebooks.

Currently, MediaTek’s chips for Chromebooks mainly power the devices in the budget and the mid-range segment. However, with Kompanio 1380, MediaTek will also be focusing on the high-end range of products.

The MediaTek Kompanio 1380 (MT8195T) is a flagship-grade SoC that is manufactured using the latest TSMC 6nm process. MediaTek claims that this incredibly high-performance design is also extremely power efficient.

Heavy games will be handled by the chip’s five-core Arm-Mali G57 GPU, while quad-channel 2133MHz LPDDR4X RAM ensures there’s plenty of memory bandwidth to feed the powerful cores. Users can embrace game streaming services, taking advantage of Bluetooth 5 for wireless peripherals like gamepads and headphones, and up to Wi-Fi 6 connectivity is available to provides low-latency, fast throughput, and connection reliability.

With 4 TOPs capability, the integrated MediaTek APU 3.0 provides nearly 8X more performance than mainstream Chromebook chips, claims the company. This multi-core AI processor can work in conjunction with the inbuilt cameras and microphones to enrich a wide range of voice and vision-based applications.

Lastly, The new Acer Chromebook Spin 513 is the first device to come powered by this MediaTek Kompanio 1380 chipset. It will go on sale from June. MediaTek has said that more devices powered by this new processor will soon get launched in the market.