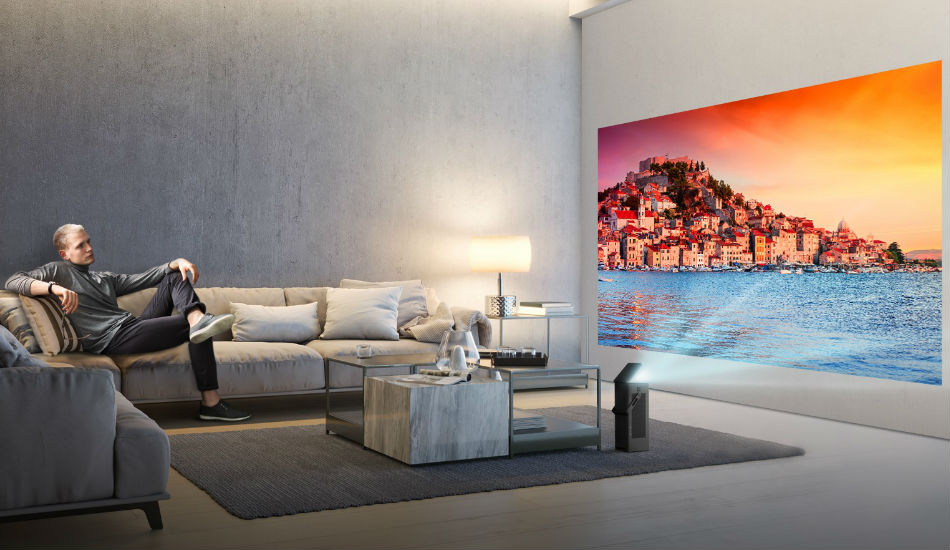 The company says that the latest projector is half the size of traditional 4K projectors on the market.

LG has announced that it will be introducing its first 4K UHD projector, named as HU80KA, at the Consumer Electronics Show (CES) 2018. The company says that the latest projector is half the size of traditional 4K projectors on the market.

The latest projector can create a 150-inch screen at 2,500 lumens, making it company’s brightest projector. The device also supports HDR content (HDR 10) for an immersive cinematic experience in the home. It comes with a mirrorless I-shaped engine that allows the projector to show correct images whether it placed on the floor, mounted on the wall or hanged from the ceiling.

The 4K UHD projector comes with two powerful 7W speakers that deliver some good sound output. The device also comes loaded with webOS 3.5 smart TV interface, so that users can access popular online streaming services. Standard connectivity options include ports for USB, Ethernet and HDMI, as well as wireless support for external devices such as a keyboard and mouse.

The projector also comes with carrying handle and Auto Cord feature and there is a Mirror Reflector that acts as lens cover to protect the device from dust. LG has also revealed that it will also showcase MiniBeam Projector during the tech show featuring webOS 3.5 and Full HD resolution.

“At this year’s CES event, we are excited to bring value to consumers with our first 4K UHD projector, which delivers the highest resolution we’ve ever offered in a compact size,” said Chang Ik-hwan, head of LG’s IT business division.