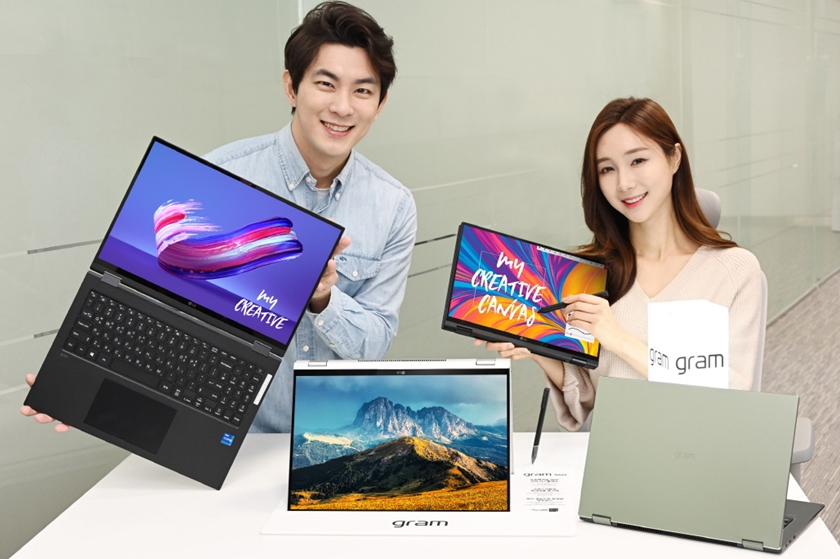 LG Gram 360 16 is a large-screen two-in-one notebook, but it weighs 1,480g and has an 80 watt hour (Wh) large-capacity battery, so it has excellent portability. It has an Aluminium and Magnesium body and comes with 360° hinge design. With this, customers can switch to laptop or tablet mode depending on the situation.

LG Gram 360 16 is equipped with a WQXGA (2560×1600) high-resolution IPS display with a 16:10 aspect ratio, and the picture quality is clearer and clearer than the FHD (1920×1080) resolution display. In addition, it meets 99% of the DCI-P3 standard colour gamut of the Digital Film Association (DCI), so the colour expression is rich and natural.

LG Gram 360 is equipped with Intel’s 11th-generation processor Tiger Lake, which is about 20% faster than the previous product. Intel’s built-in graphic processor Iris Xe is also installed, providing a comfortable environment at high speed when working with high-definition video and running games. It is certified for Intel’s EVO platform.

LG Electronics applied dual slots for customers who want more capacity than the standard storage space. Customers can use up to 2TB (terabyte) with additional SSDs as needed.