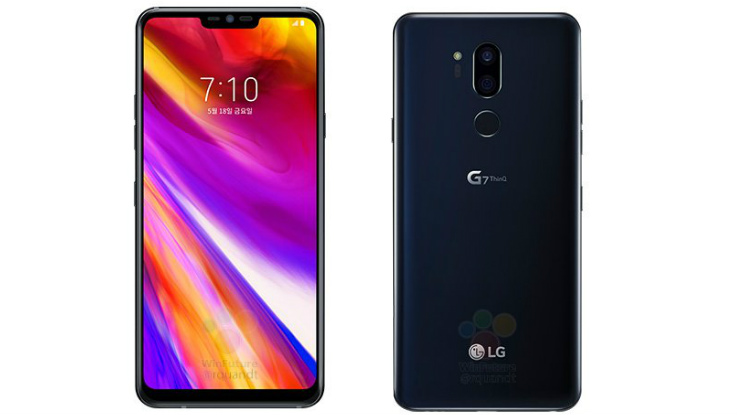 Just ahead of launch new press renders and specs have emerged online leaving very little to the imagination.

LG is all set to launch its latest flagship device, the G7 ThinQ on May 2 in New York and May 3 in Seoul. The company has already confirmed a slew of features of its upcoming smartphone and just ahead of launch new press renders and specs have emerged online leaving very little to the imagination.

LG G7 ThinQ will be powered by Qualcomm Snapdragon 845 processor and depending on the model and region, the phone could feature 4GB or 6GB of RAM along with 64GB of internal storage.

Moving on to the camera department, the LG G7 ThinQ will feature a dual-camera setup at the back, which will come with a combination of 16.3 megapixel and 16-megapixel sensors. Both the lens will feature f/1.6 aperture, though it is still not known whether LG would opt for a wide-angle lens or not.

The smartphone is reported to feature 3000mAh battery with Qualcomm QuickCharge 4.0 technology for fast charging. The phone will run on Android Oreo. The LG G7 ThinQ weighs 162 grams and it will be 7.9mm thin. Other features include IP68 certifications and a dedicated key to access the Google Assistant.