The Chromebook list includes the 100e, 300e and 500e Chromebook, while the Windows series has the ThinkPad 11e and 11e Yoga laptop.

Lenovo has announced that it will introduce a new range of Google Chrome and Microsoft Windows laptops, which are specially designed for the educational purpose from February 2018 onwards. The Chromebook list includes the 100e, 300e and 500e Chromebook, while the Windows series has the ThinkPad 11e and 11e Yoga laptop.

The laptops will come with the rubber bumpers, reinforced ports and hinges, and anchored keyboard. Since the devices are designed for students, they will come with some preloaded software tools like Lenovo LanSchool and AirClass, Google Classroom, and G Suite for Education.

The Windows 10 running laptops are powered by the Intel’s latest N series processor and are claimed to offer 12 hours of battery life. Further, the ThinkPad 11e Yoga is a 2-in-1 device which comes with a garaged pen for easier storage and world-facing camera enabling pictures and video-recording in tablet mode. 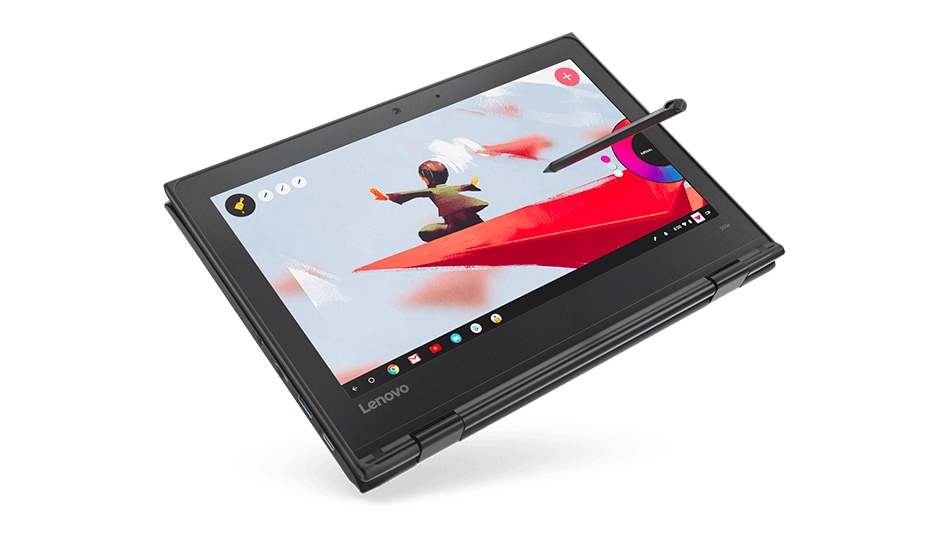 It is backed up by 4GB LPDDR4 RAM up to 8GB and 32GB eMMC storage up to 64GB. On the connectivity front, it comes with, WiFi, Bluetooth two USB- ports, two USB 3.0 ports, a microSD card reader and a headphone jack. The 500e only weighs 1.35 kg and claims to offer up to 10 hours of battery life. It has a 720p HD front-facing and 5MP rear camera 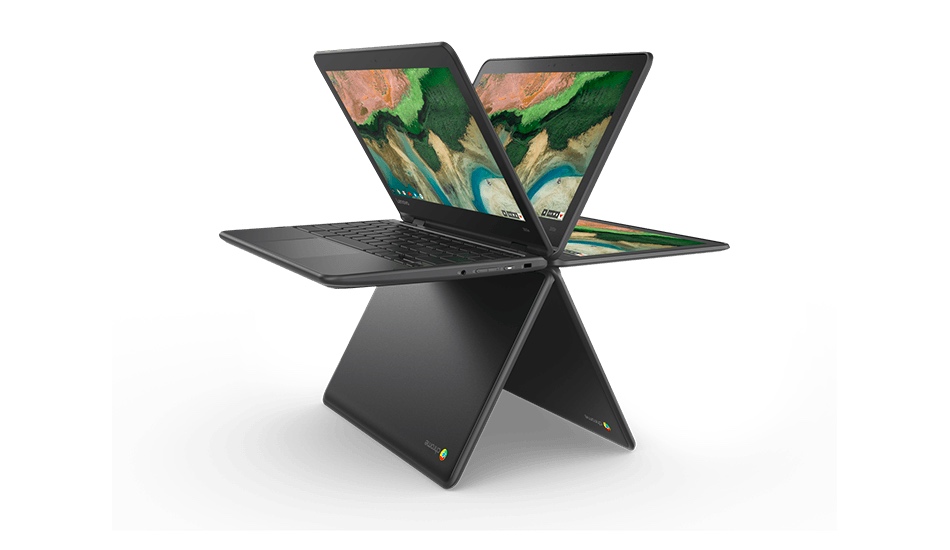 For connectivity, it has inbuilt WiFi and Bluetooth, a USB-C, a USB 3.0, an HDMI, an SD card reader and headphone jack. Other than this, its weights same as the 500e (1.35 kg) and houses same battery with up to 10 hours of backup.

Moving to the 100e Chrome, it will be available in the late January for $219 (approximately Rs 14,000). In terms of configuration, it is similar to the 500e Chrome, but lighter in weight (1.22Kg) and powered by the Intel core N3350 processor and Intel integrated graphics.