The tablet has been found listed on GFXBench website and looks to be one of the five tablets which are all set to launch at this year's MWC. 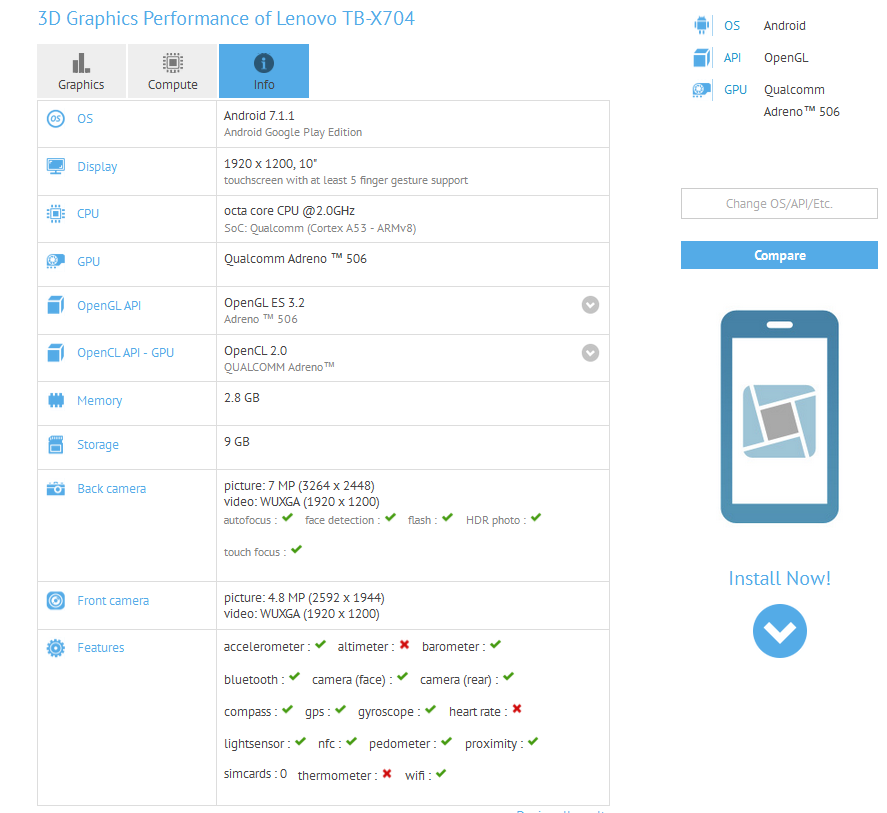 As per GFXBench website listing, the Lenovo TB-X704 tablet will feature a 10-inch display with resolution of 1920 x 1200 pixels. It will be powered by a 2.0GHz octa-core Qualcomm (Cortex A53 – ARMv8) processor, along with Qualcomm Adreno 506 graphic processor. The tablet will comes with 3GB of RAM and 16GB of internal storage. The smartphone will run on Android 7.1.1 Nougat operating system.

The Lenovo TB-8504F/N tablet was also spotted on GFXBench benchmarking website earlier this month, while, the Lenovo Tab3 8 Plus tablet with model number ‘TB-8703F’ was spotted on Geekbench website last month.