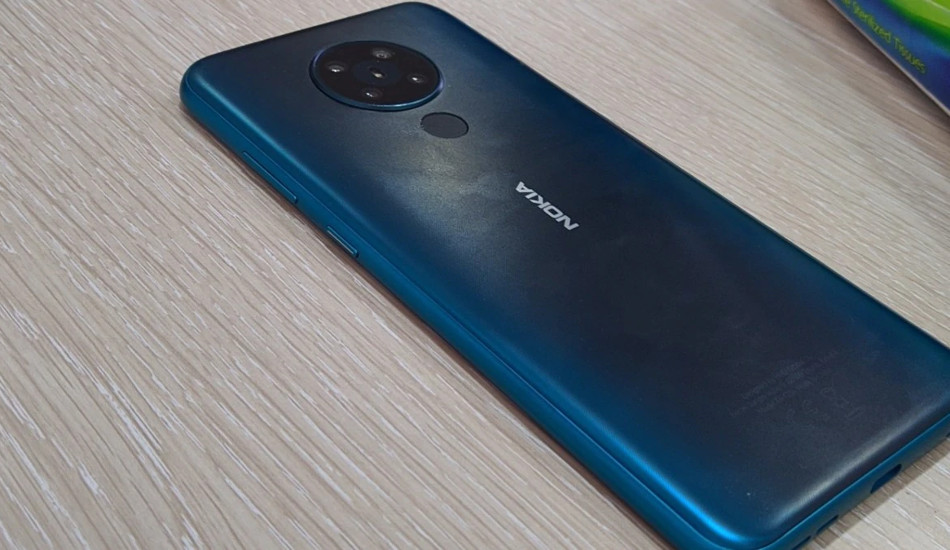 Nokia 5.3 will be available in two colour options including Charcoal and Cyan.

HMD is holding an event on March 19 in London where the company will launch Android phones as well as the next Nokia original phone. One of the phones to be launched will be the Nokia 5.3, which is said to be the same device that was earlier rumoured to launch as the Nokia 5.2. Now Nokia 5.3 has appeared in an alleged live photo.

The image,a Twitter user, shows a circular rear camera setup with four lenses along with an LED flash. It showcases the matte green finish similar to the Nokia 7.2’s Cyan Green colour option. Beneath the camera module, lies a fingerprint sensor at the rear.

Previously, the Nokia 5.2 aka Captain America was spotted on Geekbench. As per the GeekBench listing, the alleged Nokia 5.2 comes with 3GB RAM and a Qualcomm octa-core processor with a base frequency of 1.80GHz. Further, the listing revealed that Nokia 5.2 will run Android 10.