Among the most watched clips in India, video of Ajay Devgan's joke on Kangana Ranaut's bikini shoot for the movie Rascals is topping the chart followed by Vidya Balan's two gossip videos about The Dirty Picture.

Bollywood diva Katrina Kaif has become the world’s most searched celebrity in mobile videos, ahead of Britney Spears who ranked second, according to the findings of latest Global Video Insights Report for September, released by Vuclip, an independent mobile video service provider.

Back home, Sachin Tendulkar emerged as the most searched male celebrity in mobile videos in India. Among the most watched clips in India, video of Ajay Devgan’s joke on Kangana Ranaut’s bikini shoot for the movie Rascals is topping the chart followed by Vidya Balan’s two gossip videos about The Dirty Picture. 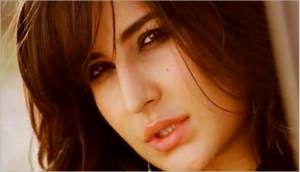 Baba Ramdev’s reply to Rakhi Sawant’s wedding proposal also made it to the top five most watched mobile videos in India in September.

Commenting on the report results, Salman Hussain, Vuclip’s vice president – business development and managing director, India and Middle East, said, “A Bollywood star leading ahead of her global peers in mobile video searches worldwide is a testimony to the fact that mobile videos have finally taken off in India in a big way. Each month, we see more and more Indians viewing videos on their mobile screen using not just smart phones but even basic feature phones. This calls for new strategies for advertisers, broadcasters, publishers, content aggregators, and telecom and internet companies alike.”

Among the top mobile devices people used to watch videos globally, Apple’s iPhone continued to lead the list. It was followed by RIM’s Blackberry handsets that secured seven spots in the top 10 mobile devices list for September, followed by two Nokia handsets.