Karbonn, an Indian mobile and tablet brand, has launched a new tablet based on Android 4.1 Jelly Bean operating system and SIM calling functionality. The tablet is called as Karbonn Smart Tab TA Fone A37 Kommunicate 3G and is priced at Rs 9,490. 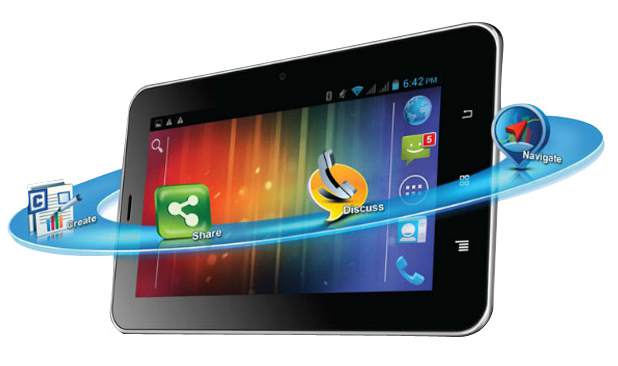 The tablet comes with Dual SIM support, including one 3G SIM. The tablet is based on Android 4.1, Jelly Bean and is powered by a dual core 1 GHz processor. Its 7 inch display has 800×480 pixel resolution. The Karbonn Smart Tab TA has GPS, Bluetooth, and WiFi.

In terms of internal memory it has 4 GB which is extendable by another 32 GB. It has a 3000 mAH battery, which we think is bit less for a 3G tablet.

The tablet is priced well given the fact that it has all the features of a smartphone with slightly bigger display and battery.

However given that it will compete with 7 inch WiFi tablet priced at nearly half the level, but that comparison will be unfair as it has a dual core processor and 3G calling which none of the cheap tablets offer. What we think should have added to the appeal of this tablet is inclusion of HDMI port.