It is a 7-inch, multi-touch capacitive touch screen with 3D graphics support and a resolution of 1024 X600 pixels.

Penta T-Pad WS707C has a 7-inch, multi-touch capacitive touch screen with 3D graphics support and a resolution of 1024 X600 pixels. It has a Cortex A9 processor with a clock speed of 1 GHz. Besides, the tablet has Mali 400 3D Accelerator GPU, 1 GB DDRIII RAM, 8 GB storage and a SIM slot that supports 2G connectivity. 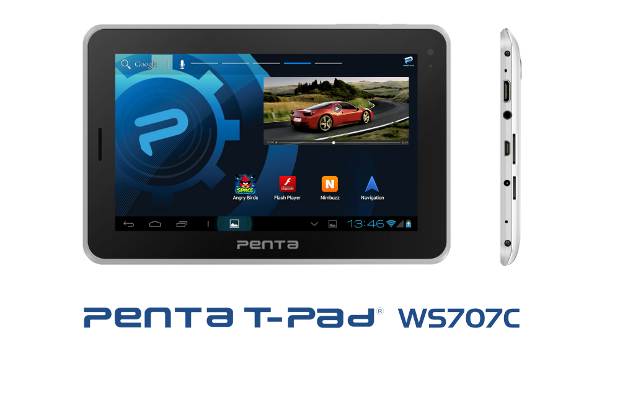 The device also supports a dual screen video operation that allows the user to perform two tasks simultaneously such as surf the internet while watching a movie.

The Penta T-Pad WS707C has also a 2 megapixel rear camera and 0.3 megapixel front camera. It also supports HDMI Port, and a TF card slot. The company also providing 3D goggles for 3D video viewing, data cable and a pouch with the tablet for free.