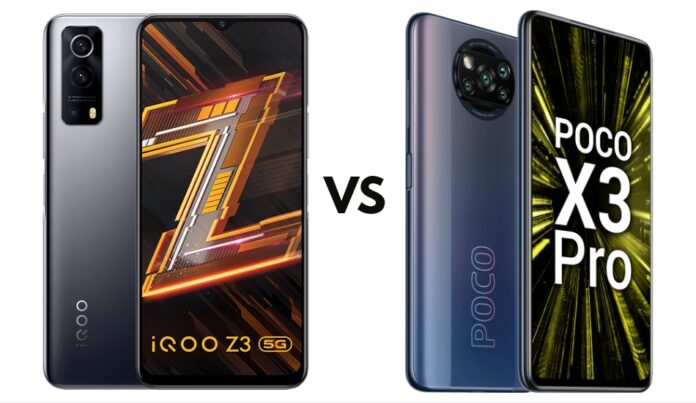 The iQOO Z3 5G is the latest smartphone from the Vivo sub-brand while the Poco X3 Pro has been present for quite some time in the same price segment as iQOO Z3. Which one of them is a better package overall? Let's find out.

IQOO Z3 5G was launched in India a few days back, and the phone lands in Poco’s territory alongside the Poco X3 Pro. Both the phones are similarly priced, providing some impressive specifications in the mid-range segment. 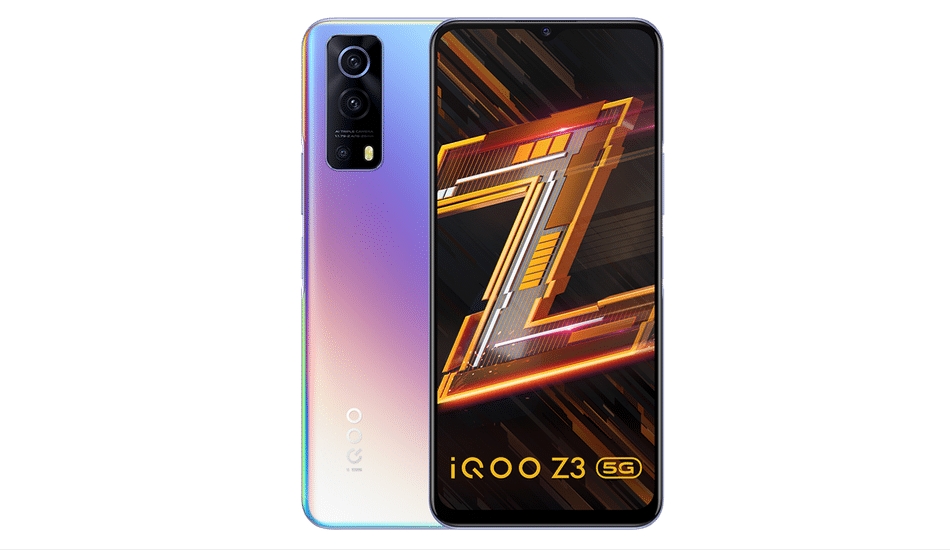 While we can talk in-depth with the IQOO Z3 5G design based on our phone review, that won’t be possible for the Poco X3 Pro as we haven’t looked at the device in person. The Poco X3 Pro gets an almost identical design to the Poco X3, while the iQOO Z3 5G also doesn’t have much uniqueness. But to choose, in our opinion, the IQOO z3 5G is a better choice as it’s more lightweight and is also thinner that gives a better feel in hand. 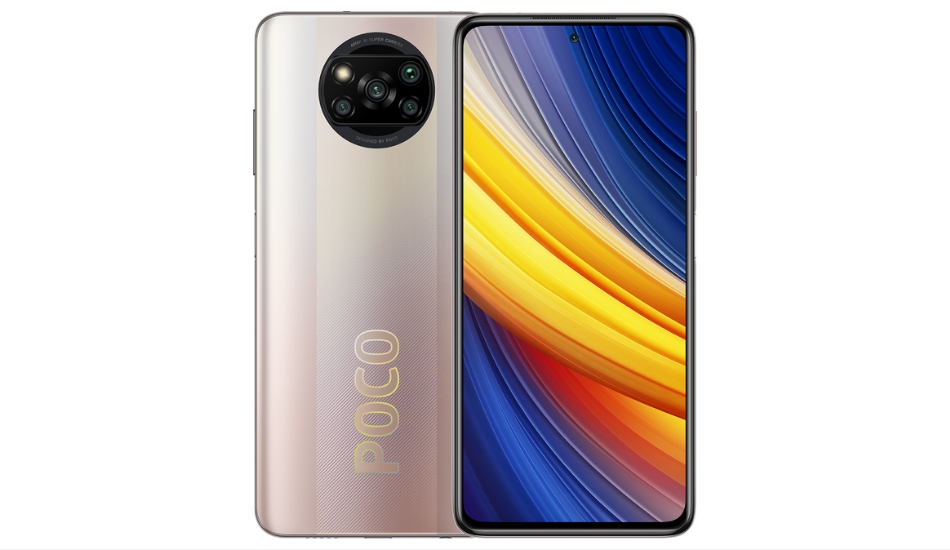 You get a slightly bigger display on the Poco X3 Pro with a higher-touch sampling rate meaning the screen would be more responsive to your touch than the IQOO Z3 5G. But during our review of the phone, we didn’t face any issues with the display, and it was also one of the brightest when it comes to LCD panels. But as far as numbers are concerned, the Poco X3 Pro takes the lead here.

RAM and Storage shouldn’t be an issue on both, but the processor plays a major role here. During our IQOO Z3 5G review, the phone handled the heaviest tasks with ease, including gaming with high graphics. But as per the numbers, the Snapdragon 860 will provide you with even better performance than the Snapdragon 768G in terms of gaming. As far as daily usage is concerned, both the devices will perform equally quick and smooth. The Poco X3 Pro has another advantage with support for expandable storage, which the iQOO Z3 doesn’t have.

The software is something that depends on what the user likes. MIUI 12 on the Poco X3 Pro is a heavily skinned Android version, while the FunTouch OS on the IQOO Z3 5G stays close to stock if not identical. Even the iQOO Z3 5G is loaded with many features if that’s what you are into, considering MIUI is already feature-packed to the core. Both the skins have their fair share of bugs and bloatware, but to choose one, we would prefer the FunTouch OS 11.1 on the Z3 as it’s the closest one to stock.

The iQOO Z3 5G comes with a triple-camera setup at the back panel with a 64-megapixel Samsung ISOCELL GW3 sensor, f/1.79 8-megapixel ultra-wide camera with f/2.2 aperture, and a 2-megapixel macro sensor with f/2.4 aperture. The iQOO Z3 has a 16-megapixel selfie camera sensor at the front with an f/2.0 aperture for selfies and video chats.

The rear camera system on both the devices is similar for the most part as only one sensor differs, with X3 Pro being equipped with a depth sensor while the iQOO Z3 5G with a macro sensor. Considering numbers, the iQOO Z3 5G has a better primary sensor and even during our review, the phone clicked some impressive shots with an adequate amount of detailing and brightness. For other sensors to compare, we would have to keep both the phones side-by-side, and until then, we won’t comment on which of them has better additional sensors.

The Poco X3 Pro packs a 5160mAh battery with support for 33W fast-charging.

You will get a much better backup on the Poco X3 Pro for battery life, whereas the iQOO Z3 5G will charge faster than the Poco X3 Pro. So you will have to sacrifice one for another when deciding which phone to go for.

Both phones come with a side-mounted fingerprint sensor, but only the Poco X3 Pro has dual speakers, giving it another edge over the iQOO Z3 5G with a single mono speaker.

The iQOO Z3 gets 5G connectivity (with just 2 bands), while the Poco X3 Pro misses out on making the former more future proof whenever 5G rolls out in the country.