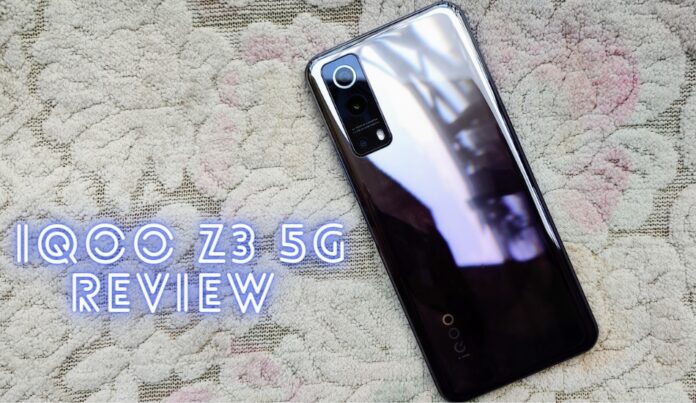 The latest premium mid-ranger to enter the Indian market is the iQOO Z3 5G, and it is definitely a smartphone worth looking at if you are in the market for a smartphone at this price range.

iQOO Z3 5G is a smartphone aiming to capture the territory of Samsung, Xiaomi, Realme, Moto and most importantly, OnePlus. The iQOO Z3 5G competes with Xiaomi’s Redmi Note 10 Pro Max but does some things even better, which makes it worth considering. 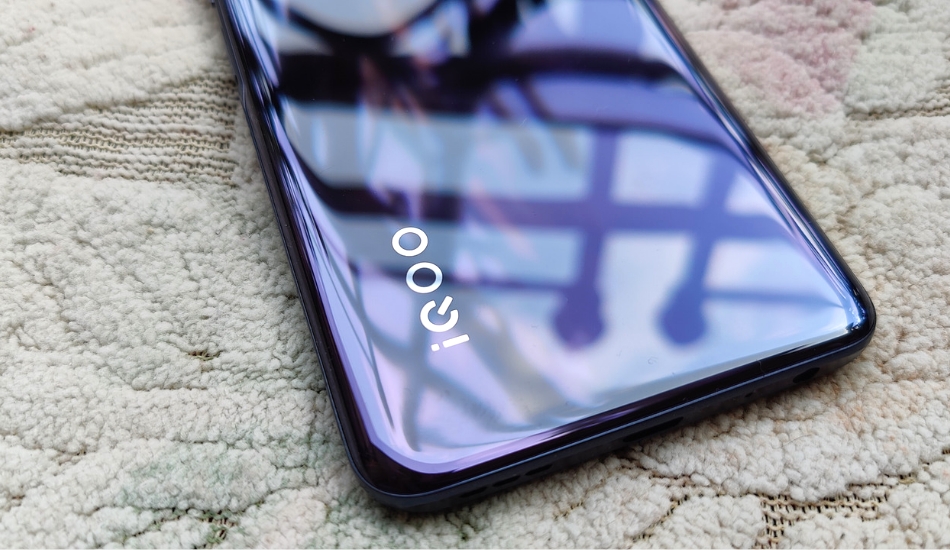 Starting with the design, the IQOO Z3 has a plastic build, but the company has given it a shiny, glassy look at the back. We got the Black colour variant for review. As much as it looks appealing at first glance, things get a bit messy when you start using the phone as it picks up fingerprints very easily. A matte finish would have been better, but overall, the phone fits fine in hand and is on the lighter side regarding weight. As the back is curved at the edges, the grip is strong enough. 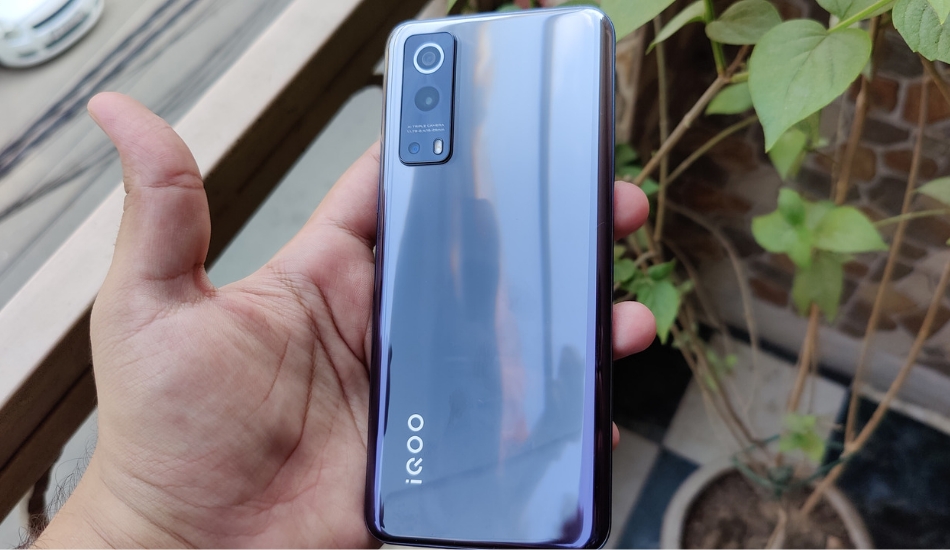 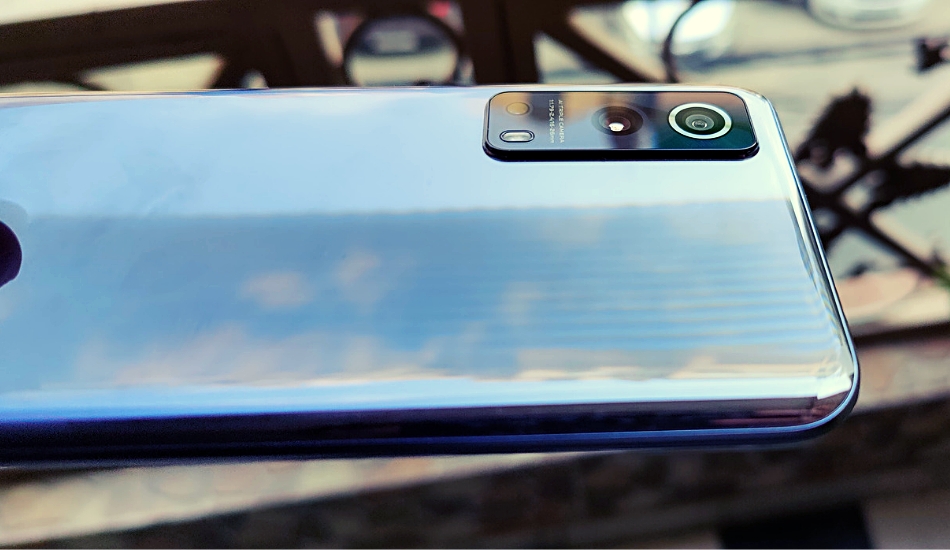 There’s a single speaker at the bottom, which is adequately loud, though I would have preferred a stereo speaker setup as the mono speaker gets blocked easily with a finger. The competitors are making media consumption better on their phones with dual speakers. There’s also a USB-C port for charging and, surprisingly, a 3.5mm headphone jack. 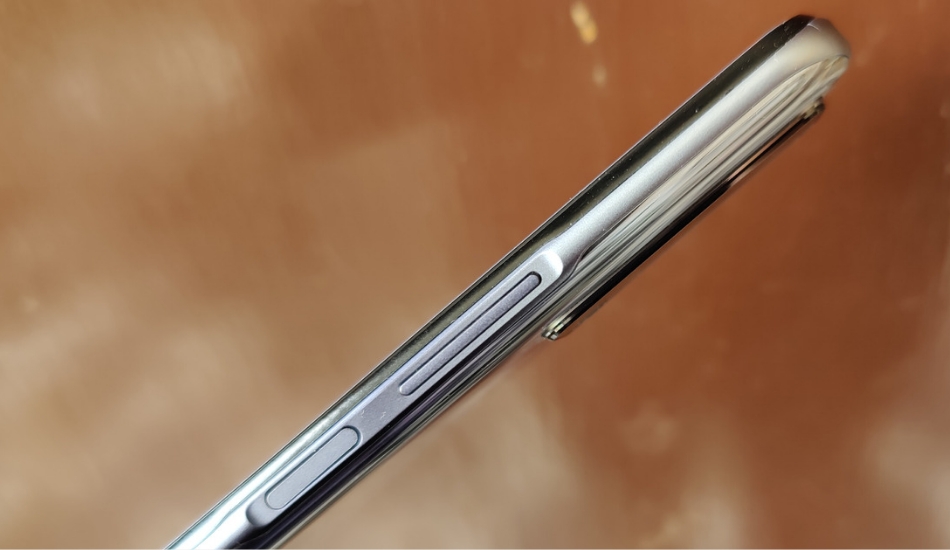 You get a fingerprint sensor on the right which is quick and accurate 95% of the time when used. However, the button itself isn’t clicky enough, and the same goes for the volume buttons. The volume rocker was a bit wobbly and didn’t give much feedback when clicked. 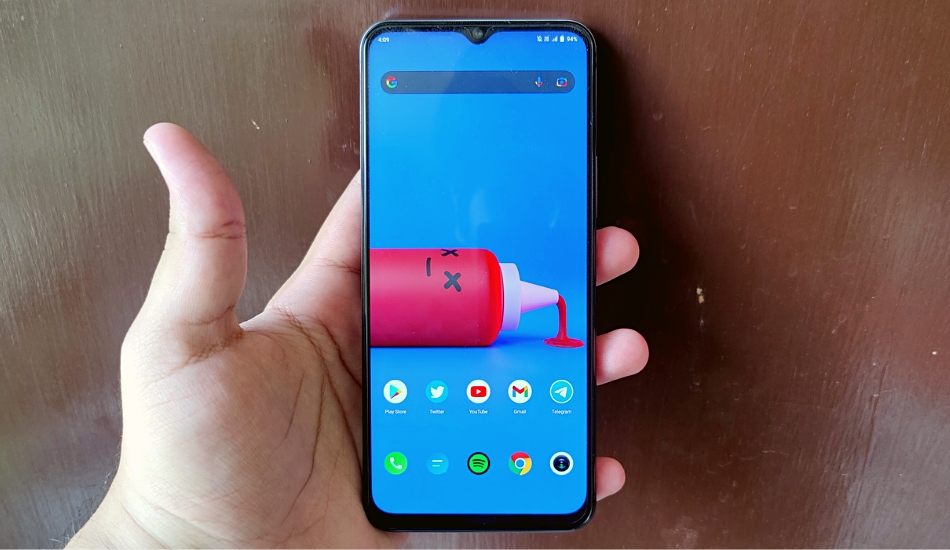 Talking about the display, this LCD panel gets bright enough indoors and outdoors for comfortable viewing. The 120Hz refresh rate paired with 180Hz of touch sampling rate adds to the already pleasant experience. The viewing angles looked okay, if not the best and the image looked sharp with vibrant and accurate colours.

One thing that did bug me was a slight ghosting effect which leaves trails behind as you scroll. It’s nothing major but is noticeable with black backgrounds and can be distracting at times. Apart from that, there were no issues. 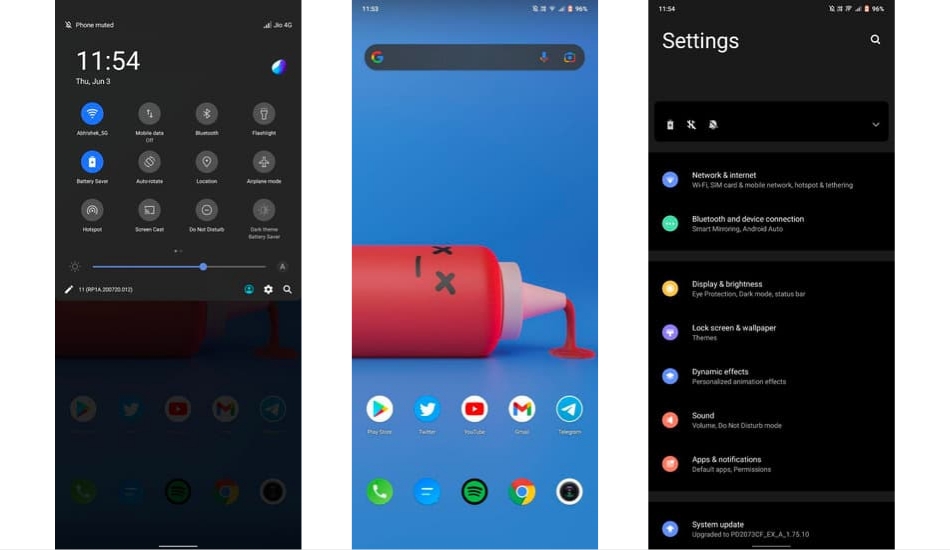 The iQOO Z3 5G is the first smartphone in India to come with a Snapdragon 768G chip paired with Adreno 620 GPU that delivers up to claimed 15% faster graphics rendering compared to Snapdragon 765G. The variant we got has 8GB of LPDDR4x RAM and 256GB of UFS 2.2 storage.

The iQOO Z3 5G performance is as you would expect it to be, and that is smooth. With Vivo’s FunTouch OS 11.1 on top of Android 11, the phone handles daily tasks with ease, but there are a few issues I would like to point out. The RAM management was poor as the phone did kill apps aggressively because it kept reloading apps that I had recently opened. This is even though Vivo’s software uses 3GB of storage RAM, which was disappointing. 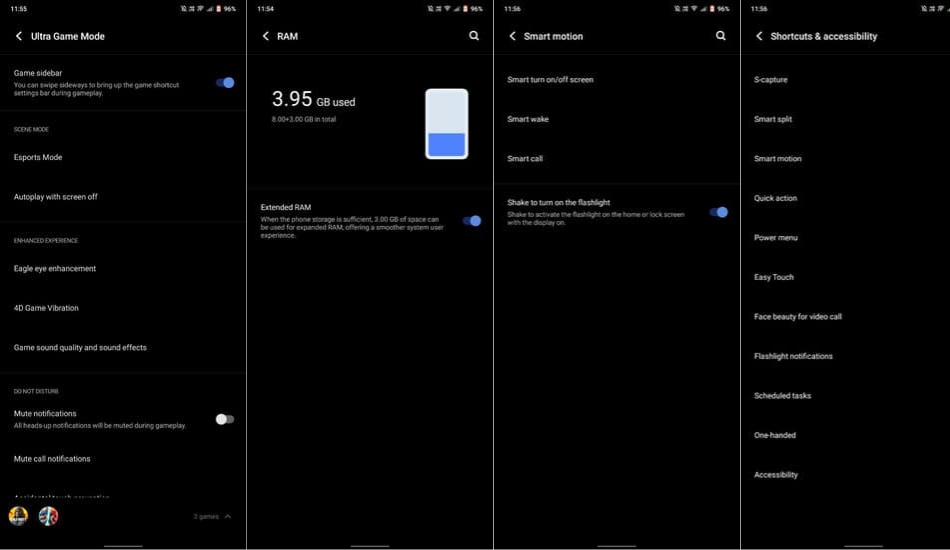 There have been UI inconsistencies in the FunTouch OS, which I have noticed in the past and Vivo phones. There’s also a bug when the screen goes blank after pressing the power button, and you will have to lock and unlock the phone to solve it. These minor issues hampered my experience to some extent but can be easily solved with a software update. Except for these issues, the phone performed well for the most part. Also, iQOO has promised 2 years of guaranteed OS upgrades and 3 years of security patches for the iQOO Z3 5G, which is on par with other OEMs.

Even while gaming, Call Of Duty Mobile and Asphalt 9 Legends ran without any major hiccups. Though I did face minor frame drops, it wasn’t anything to worry about. The iQOO Z3 5G managed to impress us with its gaming performance and showed the potential of how even mid-range smartphones can handle gaming so well.

No problems were connecting to the 5G Wi-Fi channel and mobile connectivity for calls and connectivity. Calls were clear without any disturbances, but another aspect that’s connected to calls is vibration. Vibration is not the best on the phone, and it’s a standard rotary vibration motor that buzzes while you receive a call or while you type. It is strong enough to notify you, but it’s not the most premium experience.

The IQOO Z3 5G packs a 4400mAh battery with 55W fast charging support. One will get a 65W fast charger in-box which is again an impressive move considering brands are removing charging bricks altogether from within the retail boxes. 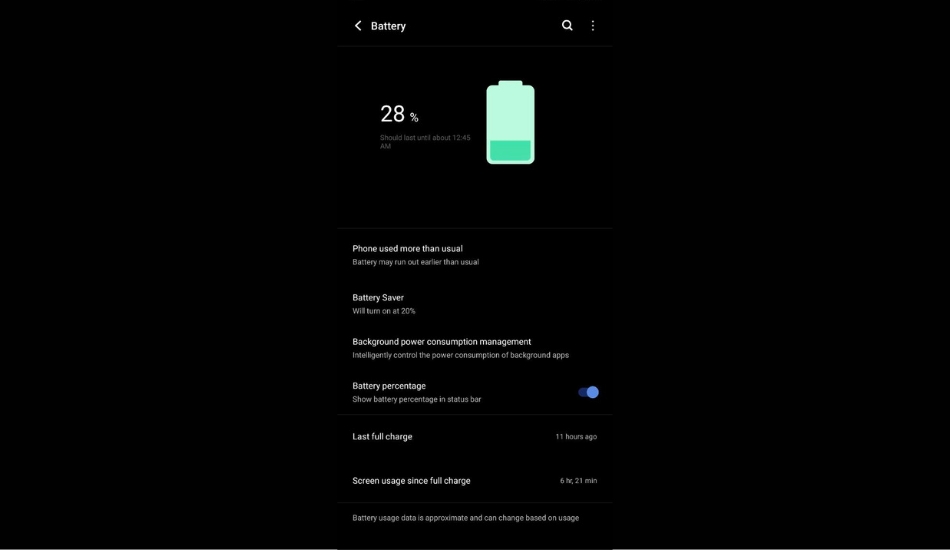 However, the charging speeds didn’t fail to impress again as the phone just took 45 minutes to charge from 10% to 100%, which is excellent. Talking about actual battery life, the phone lasted me a whole day with medium usage on high brightness, and I got a screen on time of 6 hours 21 minutes with still some juice left, meaning it could easily go above 7 hours which is excellent. 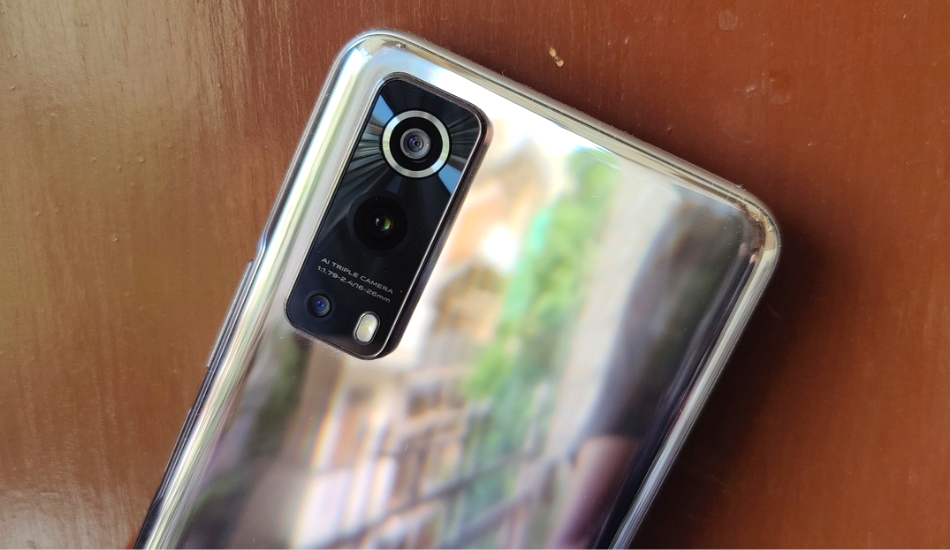 The iQOO Z3 has a triple camera setup on the back with a 64-megapixel f/1.79 Samsung GW3 sensor, an 8-megapixel wide-angle camera with 120-degree FoV 2-megapixel macro camera. The camera app on the iQOO Z3 5G is fairly simple to use with the shutter button and other modes laid out at the bottom. 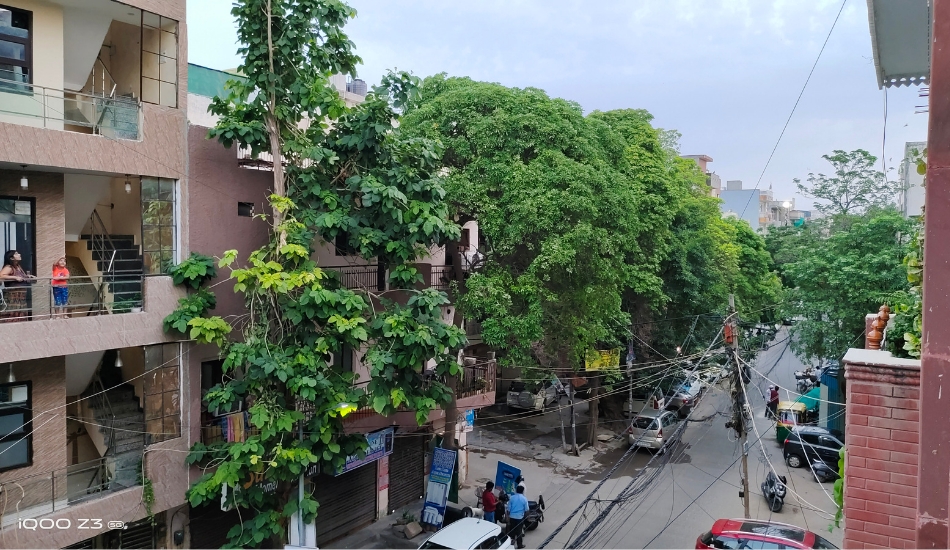 On the top, you get other settings such as AI scene enhancement, Super macro mode, flash controls, HDR on/off and other settings. Talking about shots in daylight, iQOO has done a good job optimizing the software to compliment the hardware. In a well-lit scene, the colour retained their natural shades with an adequate amount of detailing even when zoomed in. The sharpness seemed on point with a decent level of dynamic range. 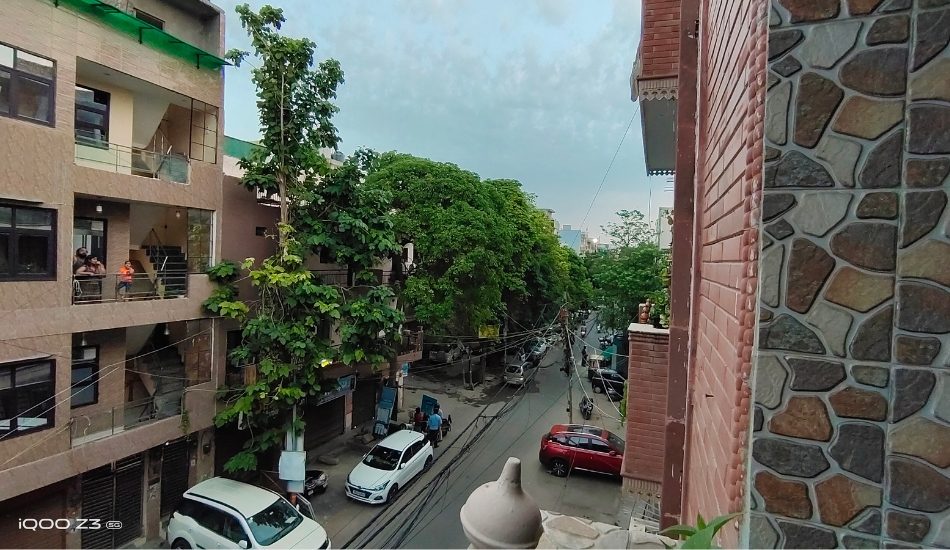 For wide-angle shots, I noticed a bit of colour shifting compared to pictures clicked with the primary sensor. The shots did seem to miss out on some details, while the colours looked a bit off. I could easily notice a smudged effect when zooming in to the wide shots. 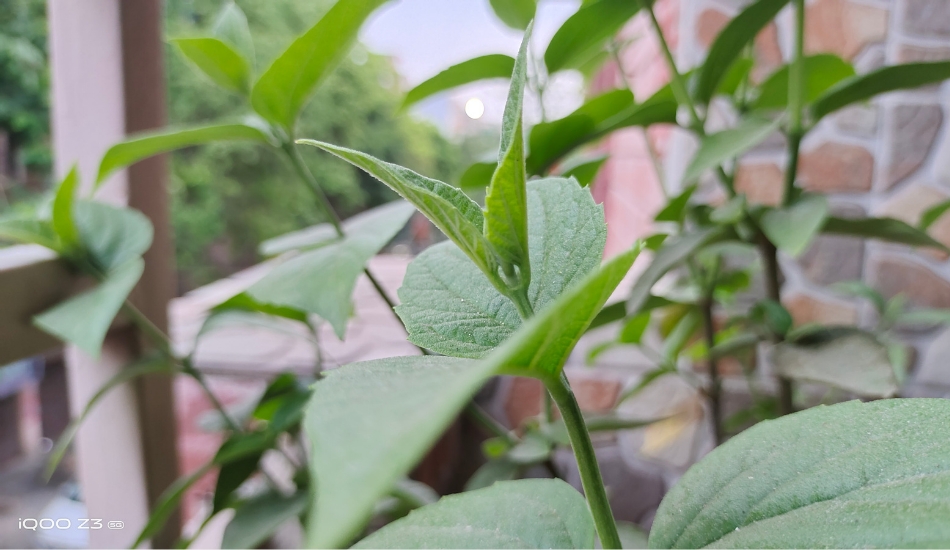 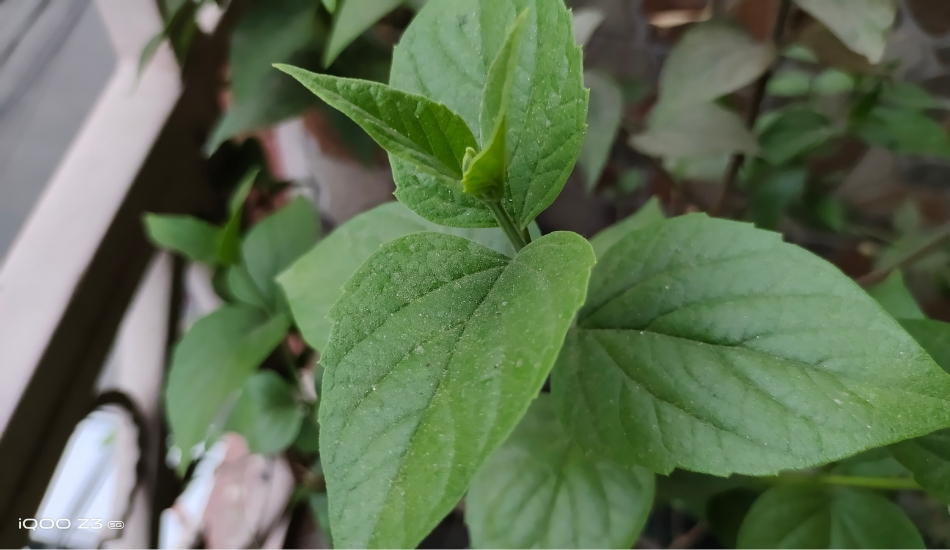 However, portrait shots managed to come out really well with high amounts of details and accurate colour again. The edge-detection, along with the amount of blur, made the portrait shots beautiful. Auto-focus picked up the subject quickly, and there were no issues present. While clicking with all the sensors, I noticed that iQOO has tried to keep the colour tone as natural as possible, which is appreciable. 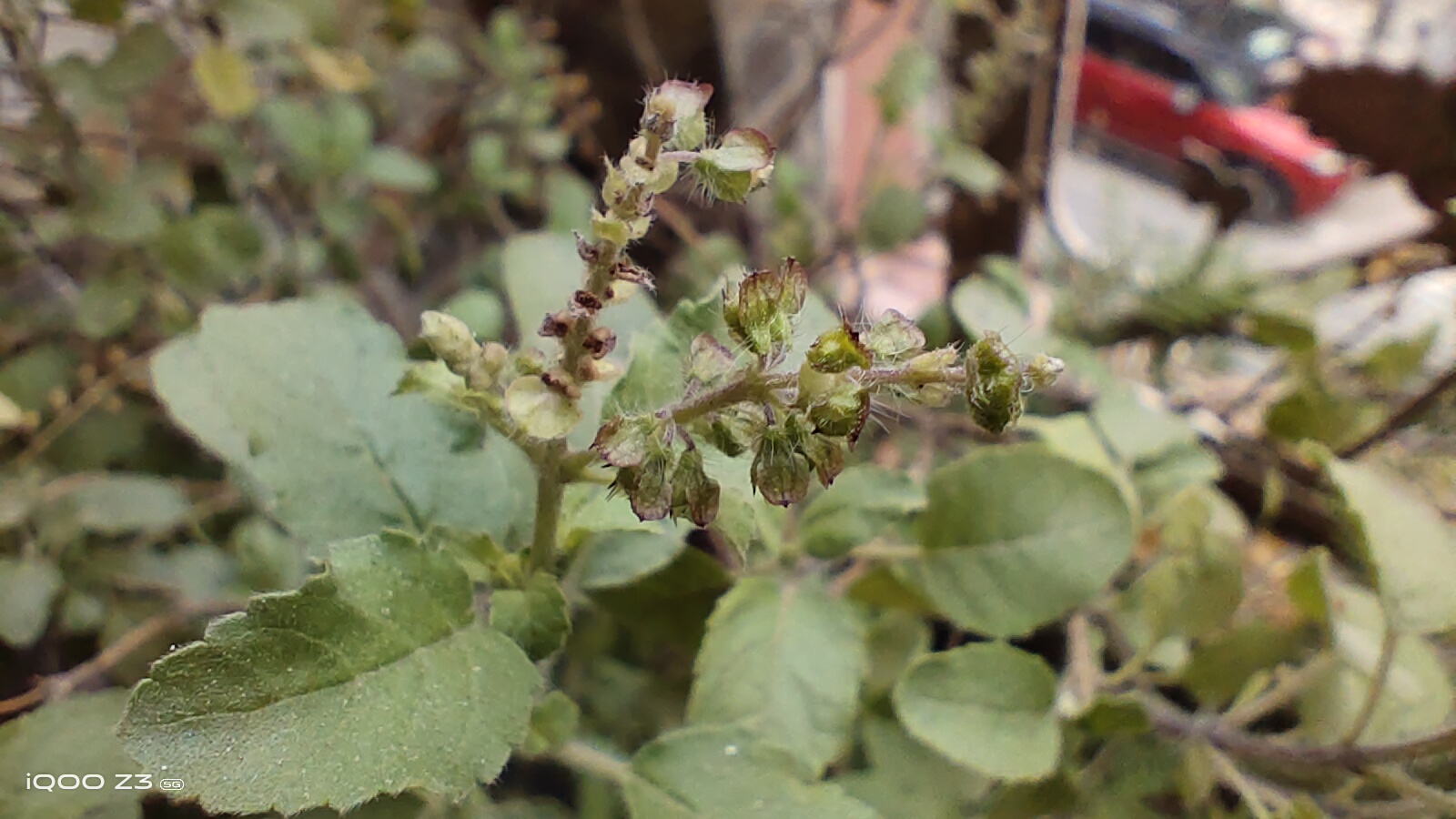 The macro shots are something that you can avoid as they lack details as well as sharpness. The shots look average at first but get worse when you start to zoom in and notice the lack of detail. 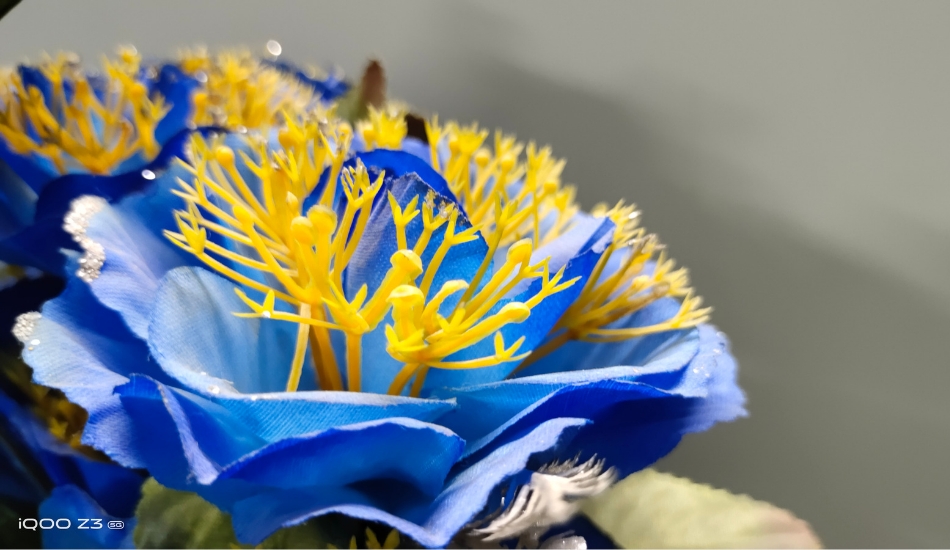 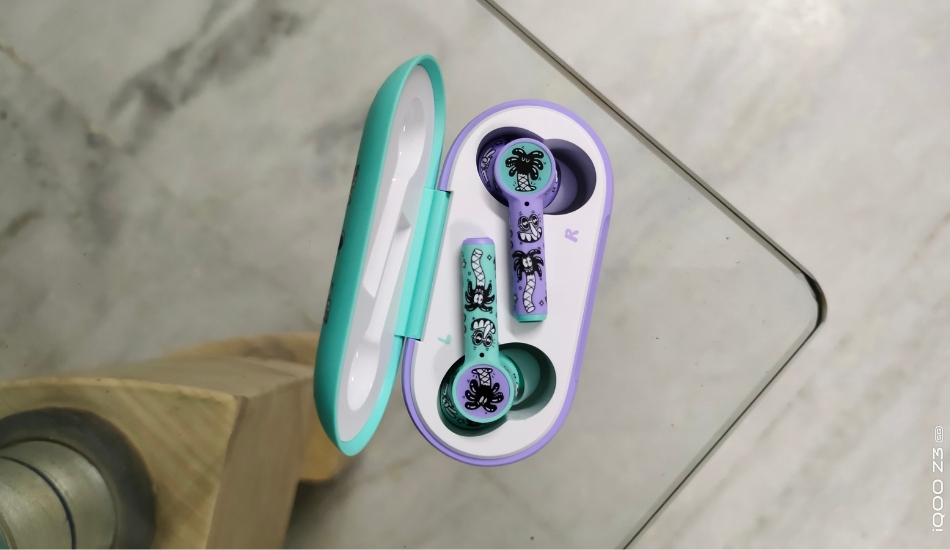 Under artificial lighting, the camera performance did not struggle as the shots were bright and sharp enough. There wasn’t any lack of details, and the colours didn’t look washed out as well. 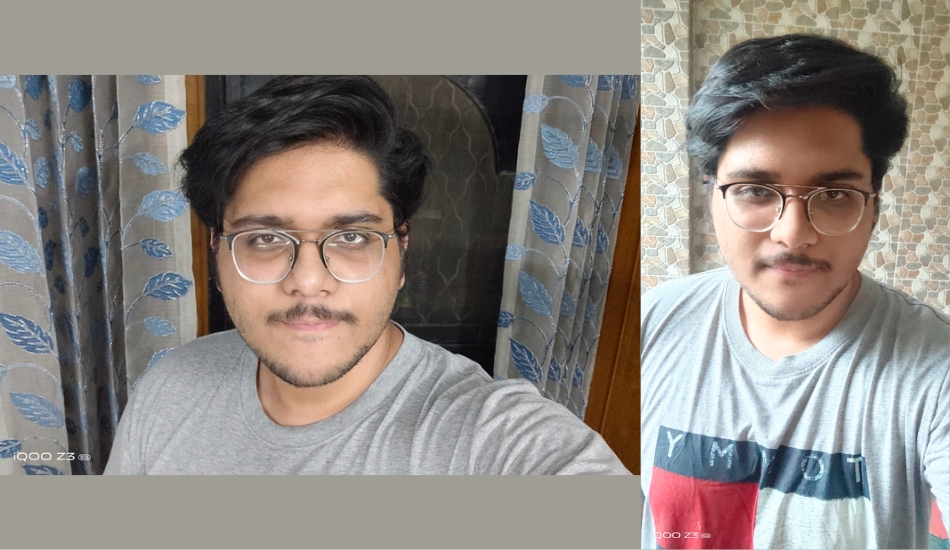 For selfies, this isn’t the best camera you are looking for. The shots were disappointing as the pictures were too soft and grainy, even when given enough light. There was visible noise in the picture, and even HDR barely helped in improving the picture. Selfies taken indoors were not much different from those taken outdoors and the situation didn’t improve much. 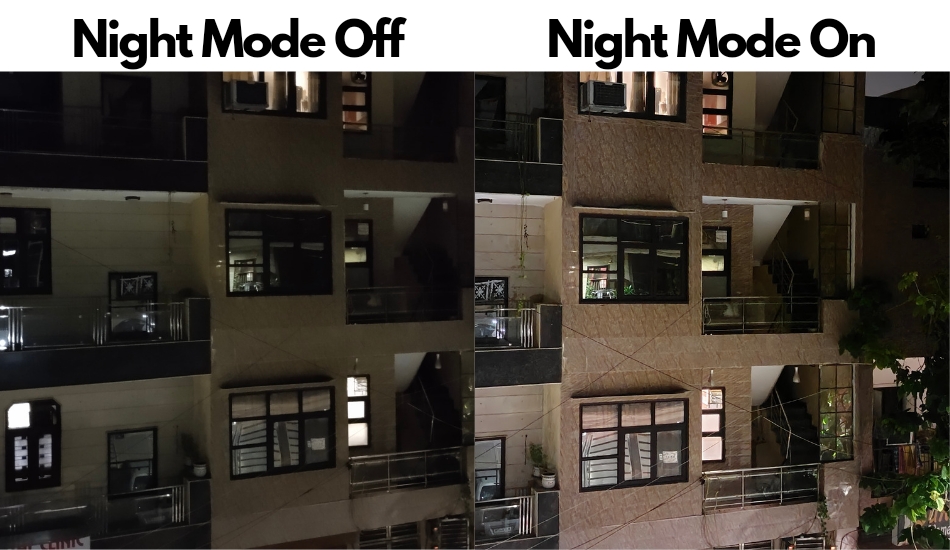 Lastly, the night mode shots seriously showed some major improvement compared to the shot that was clicked in the normal mode. Not only did the brightness got better, but there was even some amount of detail in the night mode picture that lacked in the regular shot.

The iQOO 3 checks most of the boxes for being an ideal smartphone except secondary camera sensors and software. It is still a hard to beat smartphone at its price and is definitely worth looking at.