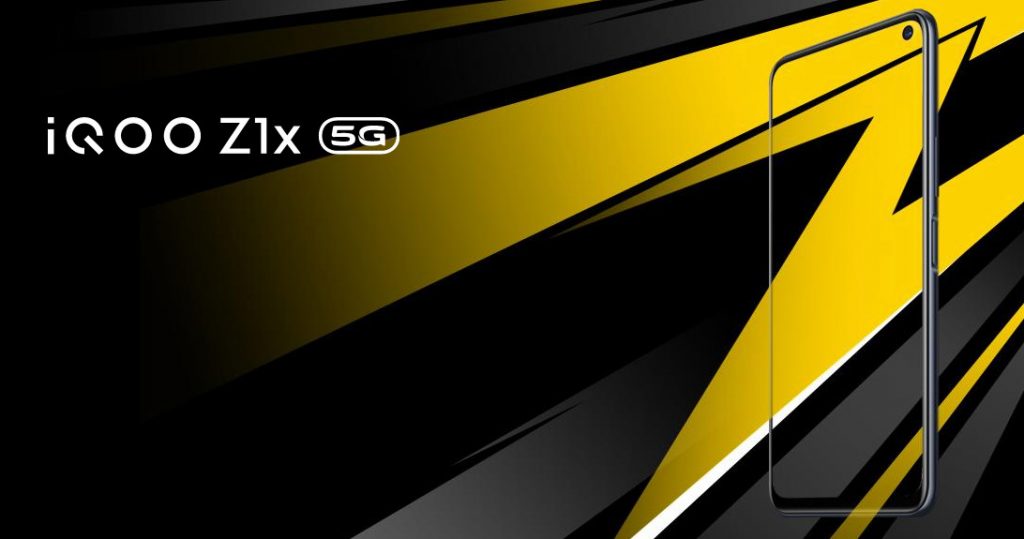 iQOO will be announced Z1x 5G in China on July 9. Now ahead of the launch, the company has released a teaser image which has revealed the key specifications of the upcoming smartphone.

As per the teaser, the iQOO Z1x has been confirmed to be powered by Qualcomm Snapdragon 765G chipset which means it will come with the support of 5G. It also confirms that the phone will sport a 120Hz refresh rate display. As per rumours, iQOO Z1x will come with a 6.57-inch(2408 × 1080 pixels) LCD display and a waterdrop notch. The display will come with Full HD+ resolution and a refresh rate of 120Hz. Under the hood, the iQOO Z1x will be powered with Snapdragon 765G processor with Adreno 620 GPU. The phone is said to arrive with upto 8 GB of RAM and 128 GB of storage.

The upcoming iQOO Z1x will feature a side-mounted fingerprint reader and will lack a microSD card slot. will come with a triple rear camera setup with 48-megapixel main camera, 2-megapixel depth and 2-megapixel macro camera. It will have a 16-megapixel front camera in the punch-hole screen.