The poster comes with a tag line ‘Monster Inside’, which means that the phone will pack some powerful hardware and features.

Vivo recently introduced its new sub-brand, IQOO, which is meant to target the premium segment. Now, the company has officially revealed that it will launch its maiden smartphone on March 01, 2019.

The company announced the launch date of the upcoming smartphone on its official Weibo channel. The poster comes with a tag line ‘Monster Inside’, which means that the phone will pack some powerful hardware and features. 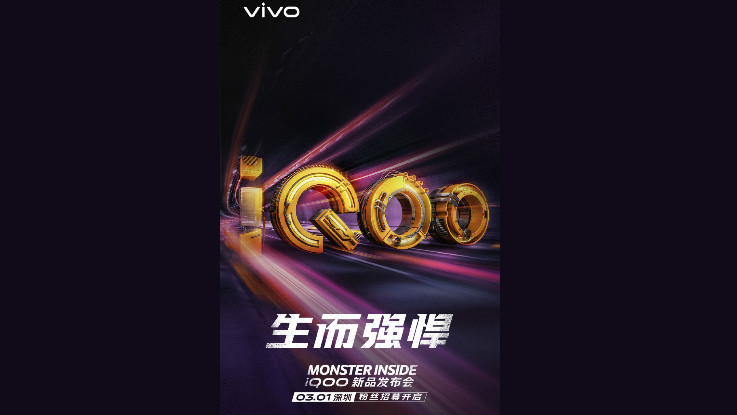 Meanwhile, the company recently released a new teaser that hints some key specifications of the upcoming smartphone. The teaser hints that the smartphone will be powered by the latest Qualcomm Snapdragon 855 processor. It also hints that the phone will feature a massive 12GB of RAM and 256GB of internal storage.

The teaser also hints number 44, which could be meant for 44W fast charging technology. The technology might rival Oppo’s Super VOOC fast charging. Further, the teaser hints that the phone will feature a 4,000mAh battery. It also reveals that the smartphone will feature Super HDR along with NFC and USB Type-C port. There is also a mention of 4D, which could 4D haptic feedback, which we have seen in other gaming smartphones.

Vivo has teased their sub-brand iQOO yet again at 2019 NBA All-Star Weekend just after it officially announced the brand. The smartphone with iQOO branding seems to have a back panel with gradient finish and sports a triple camera setup. There's also a lack of traditional fingerprint scanner on the rear panel. Nevertheless, the new Vivo iQOO seems to propelled by Snapdragon 855 SoC.

Is Vivo stepping into the foldable smartphone game through iQOO?