Xiaomi has launched the 11T Pro 5G flagship smartphone in India which comes at a price where it compete with iQOO 7 Legend. 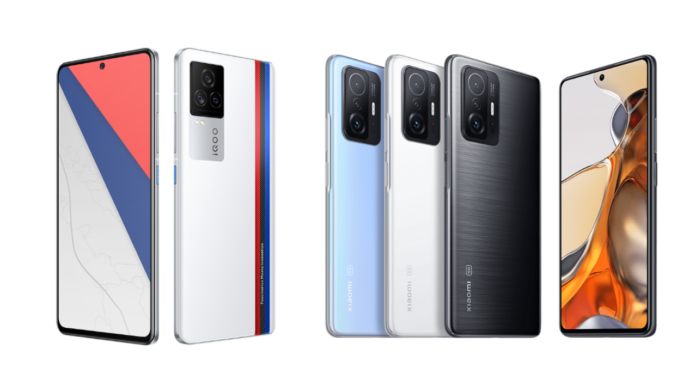 Flagships in India have gotten cheaper over the years, thereby becoming even more value for money offerings. One of the recent launches is the Xiaomi 11T Pro 5G that comes with a Snapdragon 888 SoC, which is over a year old now but still holds the crown for a flagship SoC. With a starting price of Rs 39,999, Xiaomi has kept an aggressive approach with the 11T Pro 5G and is competing with the likes of iQOO and OnePlus. However, iQOO launched its iQOO 7 Legend device almost a year ago with a similar set of specifications as the Xiaomi 11T Pro 5G and is also being sold at a similar price currently. Let’s take a look at which one is a better offering after comparing the specifications:

As for the display on the front, both of them have a punch-hole styled design. The Xiaomi 11T sports a 6.67-inch flat 10-bit AMOLED true-colour display with a 120Hz refresh rate that supports AdaptiveSync. In addition, the display has Gorilla Glass Victus protection with up to 480Hz of touch sampling rate, 1000 nits of peak brightness and Dolby Vision support.

The iQOO 7 Legend has a 6.62-inch punch-hole style FHD+ AMOLED display that comes with a touch sampling rate of 300Hz, a variable refresh rate of up to 120Hz, 1300 nits peak brightness and is also HDR10+ certified. The display is also pressure sensitive in left and right areas of the display on the iQOO 7 Legend when the device is in landscape position for more precise controls with supported game titles.

Both the phones have impressive displays and it’s hard to tell which one is better unless we compare them side-by-side. From what we saw with our first impressions of the Xiaomi 11T Pro 5G, the display on the device looks good as of now. As for the iQOO 7 Legend, the display on this device also looks good per its specifications of it.

The Xiaomi 11T Pro draws power from a Qualcomm Snapdragon 888 SoC. It has up to 12GB GB of LPDDR5 RAM and up to 256GB of UFS 3.1 storage. It runs on MIUI 12.5 which is sadly based on Android 11 and not Android 12 and that is a bummer at this point considering this is a flagship and it isn’t coming with the latest software.

The iQOO 7 Legend on the other hand is also powered by the Snapdragon 888 chip. It is paired with 8GB/12GB of LPDDR5 RAM and 128GB/256GB of UFS 3.1 storage. While it launched with Android 11, the phone already received Android 12 last month which again gives it an edge over Xiaomi’s phone.

However, Xiaomi has claimed that the 11T Pro 5G will receive three major Android upgrades and four years of security updates. In comparison, iQOO 7 Legend will get two major OS upgrades and three years of security updates. This gives Xiaomi a win but keep in mind that Xiaomi hasn’t had a good track record of providing updates on time and moreover, its software is filled with bloatware compared to less of it on iQOO 7 Legend. Also, MIUI is also reported to be filled with a load of bugs while we think FunTouch OS has improved a lot over time as per our experience. So make a wise decision.

The Xiaomi 11T Pro 5G is backed by a 5,000mAh battery with 120W fast wired charging support. iQOO 7 Legend is backed by a 4000mAh battery that is split into two 2000mAh cells and supports 66W fast charging. Xiaomi gets a clear cut win in this department with faster charging and a much bigger battery. However, its battery should degrade at the same rate as iQOO 7 Legend’s because it is using the same dual-cell technology as iQOO.

On the iQOO 7 Legend, there’s a 48MP Sony IMX598 primary shooter with OIS, a 13 ultrawide sensor with a 120-degree field of view and a 13MP Portrait sensor. There is a 16MP shooter on the front for selfies and video calls.

On paper, the Xiaomi 11T Pro 5G seems to have a better primary sensor while the other sensors look better on iQOO 7 Legend. While we cannot comment on which one has a better camera system, we will end this round with a draw.

To conclude, Xiaomi has launched a well-rounded flagship but we think the brand is a little too late to the party. In comparison, the iQOO 7 Legend looks like a better deal at a lesser price with very similar specifications. The choice depends on the user’s preference if they want a bigger battery with faster charging or a pressure-sensitive display for a better gaming experience and better software at a lesser price. 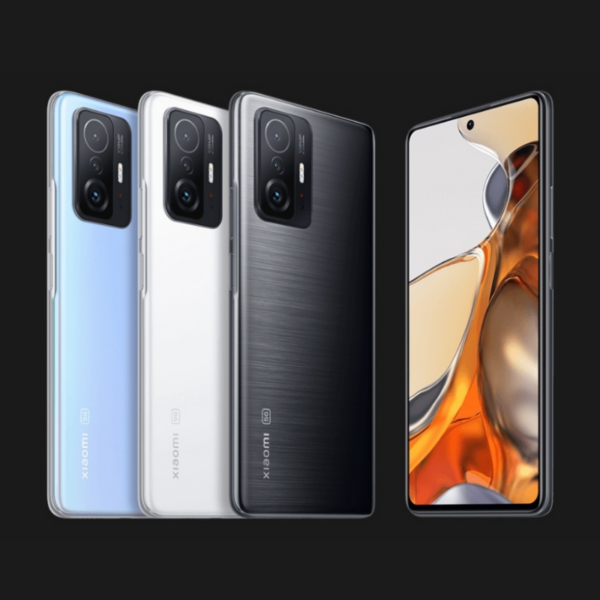 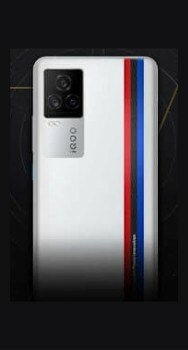