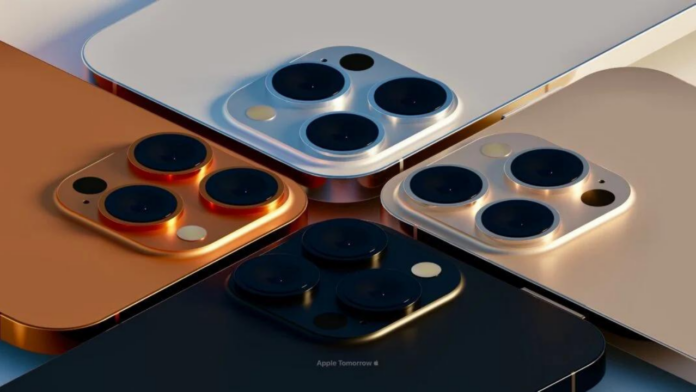 iPhone 13 series is expected to be announced two months from now. The lineup will purportedly consist of four phones. Out of these, a leak has now revealed in what colour options the iPhone 13 Pro Max could come in.

The leak comes from a tipster on Twitter who also posted high resolution renders for the upcoming iPhone. As per the tipster, the device is set to come with a huge camera bump at the back. This camera array will have a similar design to previous year’s iPhone 12 series. But the bump itself will be bigger in design.

Interestingly, the leak also suggests that the smartphone will come in two colour options as well. These new colours will contain the shade of gold. The two colours could be called ‘Sunset Gold’ and ‘Rose Gold’. The other two colours include black and pearl options.

The size of the camera array has been increased to accommodate the newer camera sensors. In addition, recent reports suggest that Samsung is going to produce OLED displays with LTPO technology and a 120Hz refresh rate for the iPhone 13 series.

A wider aperture at f/1.8 would allow more light to pass through the lens than the f/2.4 aperture. This should result in significantly improved low-light performance when shooting in Ultra Wide mode on iPhone 13 models.