iOS 16, iPad OS 16, Mac OS Ventura are all available…but do NOT download them, not yet! 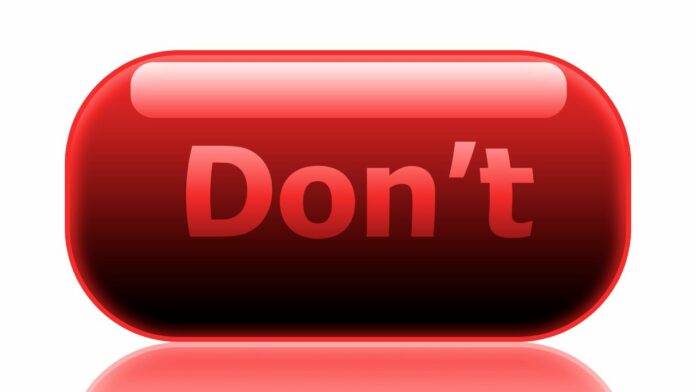 As is the case almost every year, Apple used its Worldwide Developer Conference (WWDC) this year to showcase forthcoming versions of its software for different devices. WWDC 2022 saw presenters walk us through new and compelling features from a variety of new operating systems – iOS 16 for the iPhone, iPad OS 16 for iPads and Mac OS Ventura for Mac notebooks and desktops. A number of features were showcased, ranging from Stage Manager for multi-tasking to Pass Keys that could make passwords a thing of the past.

What’s more, a lot of the software announced at WWDC 2022 – iPad OS 16, iOS 16, Mac OS Ventura – is now available for download. In fact, a look at the social networks of many tech experts will reveal images of them flaunting the new software and talking about the features available on them. All of which can make it very tempting for many of us to go right ahead and download and use this software on our devices as well.

Well, our advice in this regard is simple: do not.

That might sound odd, but the simple fact is that this software is simply not designed for public use. In fact, that is why Apple has labelled it as a “developer beta.” The software is available but has been designed for developers. Of course, one can register as a developer by paying a fee and providing details at https://developer.apple.com/programs/enroll/, and that would give one access to the software even before it has been released to the public.

The point to note, however, is that this software has not been released to the public. And there is a reason for this – beta versions of software often have a number of bugs and problems of their own. And the number of bugs and errors is even greater when the software is released in developer beta form – that is why developers are given access to it so that they can spot errors and maybe even suggest ways to fix them.

Of course, many folks ask us as to exactly what could go wrong when one is using beta software? Well, if you are fortunate, you might get away with just the odd crash and freeze. If the Lady Luck of Tech is less generous, well, then you could end up with anything from a device that totally stops working to a partially frozen touchscreen to a device with features like cameras and GPS which do not work. One of our colleagues had his entire iPad go into monochrome mode when he was testing a public beta.

There are other issues as well. As beta software is not a finished product, it could have vulnerabilities, which could endanger the data on your devices – and most of us do have very sensitive information on our phones and tablets. In fact, using beta versions often result in loss of data, both sensitive and otherwise. Which is one of the reasons why you are asked to back up your device before you install any beta software on it. What’s more, when things go wrong, support services are often not able to resolve issues easily, as most support and service personnel have not been trained to handle beta versions. Beta versions of software can also sometimes have issues with a credit card and online payment services – Netflix stubbornly refused to run on the beta version of an OS installed on the device of a colleague!

This is not to say that beta software is some sort of dangerous monster. No, it is not. It is very useful and without it, we would not have access to a lot of the secure and stable software that we use today. Every app and every operating system was once a beta. The point, however, to remember is that a beta version inevitably comes with its headaches. Experts and experienced users might be able to handle them, but they can totally ruin the experience (and devices) of more mainstream users.

Using a pre-release version of software might look cool or get you likes on social media, but could end up wreaking havoc with your device and data. Which is why we always advise mainstream users to steer clear of beta versions, unless they have time, devices and data to spare. If you cannot resist pre-release or beta software, then go for public betas rather than developer ones. Your gadgets will thank you for it!