Apple’s iPod lineup has now been discontinued but it still has a place for itself in people’s hearts. 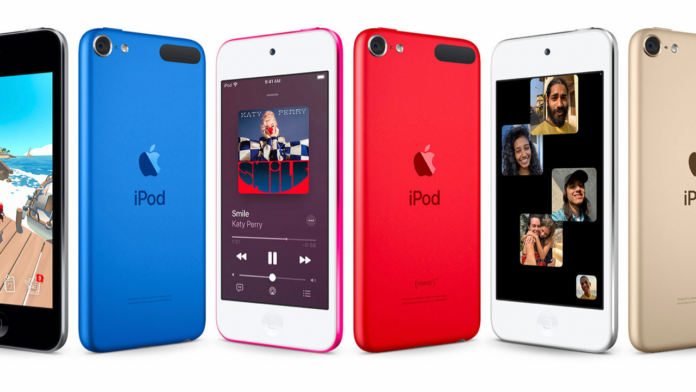 iPod was one of the most loved audio devices from the Californian manufacturer Apple. However, the world was sad to hear the news of the discontinuation of the iPod after 20 years of being inside Apple’s lineup of products. Last week, the company made it official that the iPod Touch will be available for purchase only while supplies last. While the iPod helped revolutionaries the way we listened to the music and all of us have a bunch of memories with it, here are other lesser-known facts about the iPod so you can love it even more:

Did you know there’s a National iPod day?

Yes, you heard it right. Those who know celebrate National iPod day on October 23rd every year as the first version was released on October 23, 2001, by Apple. This day is celebrated to mark one of the most significant inventions of all time, the iPod, changing how people listen to music. To celebrate, you can go through your music library and remember the first songs you put on the iPod with hundreds more that were to follow.

Guess which device is the fastest-selling music player in history?

You guessed it right; it’s the iPod. Five and a half years after Apple launched the iPod in 2006, Apple had sold 100 million iPods. This milestone became the fastest-selling music player in history, thereby beating the Sony Walkman.

The idea behind calling it the ’iPod.’

The name iPod was proposed by Vinnie Chieco, a freelance copywriter, who (with others) was called by Apple to figure out how to introduce the new music player to the public. He got his inspiration from Stanley Kubrick’s movie “2001: A Space Odyssey”. A particular phrase in the film that caught his attention said, “Open the pod bay door, Hal!” The “pod” refers to the white EVA Pods of the Discovery One spaceship. The “i” behind then” pod” was added because the company already had the iMac and the iBook under its portfolio at that time.

Apple warned its users not to steal music

In the early 2000s, it was as easy as just dragging and drop music from the iPod to your computer so you could share it further with your friends and family. However, the company was aware that people might use it to rip off music from the Net or friends’ machines and so, the early versions of the iPod used to come with a plastic sticker on which a warning was written which said, “Don’t steal music.” in four languages including English, French, German, and Japanese.

Creators of the iPod

A total of four people created the iPod lineup, including Jon Rubinstein (Apple’s hardware engineering chief), the hardware engineers Tony Fadell and Michael Dhuey, and design engineer Sir Jonathan Ive were the ones who designed the iPod line. The team was created by Jon Rubinstein as ordered by Steve Jobs. They were able to develop the first iPod in less than a year.

The number of songs an iPod can store

While every iPod can store a different amount of songs depending on the length of songs, file type, format, and encoding used, Apple claimed that an iPod touch 4th Generation with 64GB storage could hold up to 14,000 songs, meaning that a 256GB iPod Touch could hold approximately 56,000 songs.

The first game on iPod was called ’Brick’

While Apple’s iPod was a music player, it also focused on other aspects such as games so that the user stays entertained at all times. The original iPod had the game “Brick” which was invented by Apple’s co-founder Steve Wozniak. The game was accessible as an Easter Egg hidden feature. After some time, Apple added three more games, including Parachute, Solitaire, and Music Quiz. In September 2006, the iTunes Store began offering additional games for purchase.

The iPods came pre-loaded with iPod OS that Apple didn’t entirely develop. Instead, Apple bought the reference platform for the OS from PortalPlayer, a company that supplied software for personal media players.

The Apple iPod is known for a range of models, including the iPod Classic (the original Apple iPod), iPod Mini, iPod Shuffle (the miniature model in the iPod lineup), iPod Nano, and the iPod Touch (the most expensive iPod in the whole lineup).

Before Vinnie Chieco came up with the idea to call it “iPod”, the device was known by the codename P68.