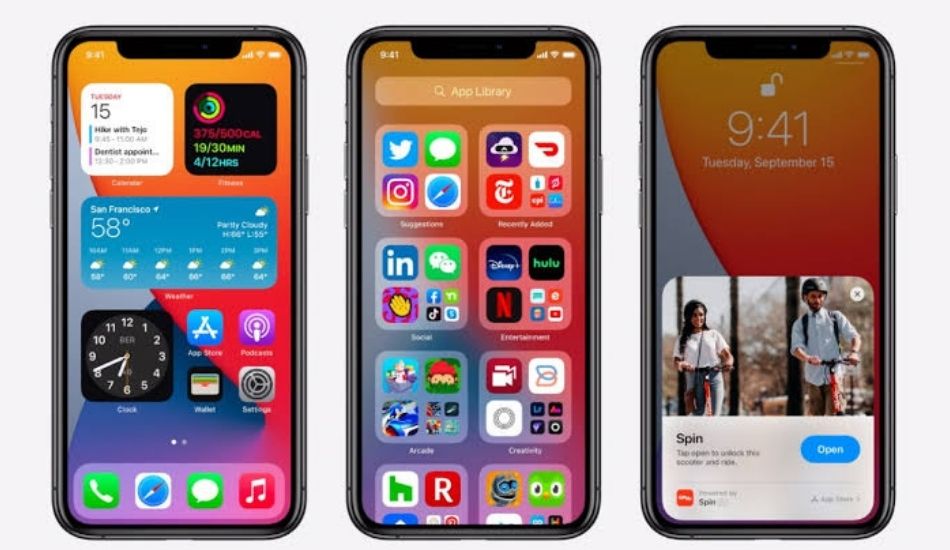 Apple has released the new version of iOS that brings a bunch of bug fixes along with security fixes.

Apple released the iOS and iPad OS 14.4 update for its devices a day ago which comes with a bunch of bug fixes and arrives more than a month later than when the iOS 14.3 was released.

The iOS 14.4 update now brings the ability to recognize smaller QR codes through the camera. It now also brings a feature to classify the type of Bluetooth device connected to the phone for better audio level measurement. The update also adds the ‘Time to Walk’ feature for Apple Fitness+ subscribers. It is a new feature that lets users listen to pre-recorded inspiring stories when they go for a walk.

The update also provides notifications for a scenario when the camera on an iPhone is unable to be verified as a new, genuine Apple camera in the iPhone 12 series models, which would be applicable only to repairs.

Along with these, a bunch of bug fixes are also included. Image artifacts appearing in HDR photos taken with iPhone 12 Pro, problems with the Fitness widget not updating correctly, a bug that could cause typing to be delayed and word suggestions not to appear when using the keyboard are all fixed in the latest update.

Other bug fixes include Audio stories from the News app in CarPlay may not resume after being paused for spoken directions or Siri and Enabling Switch Control in Accessibility may prevent phone calls from being answered from the Lock Screen.

Not only this, but Apple says that it has fixed three vulnerabilities which were actively being exploited by the hackers. This is a rare admission by Apple but the company has done so through its security update pages for the iOS/iPadOS 14.4.

This makes it even more important for everyone with an eligible device to update to the latest version of iOS by going into settings – general – software update – Download & install.