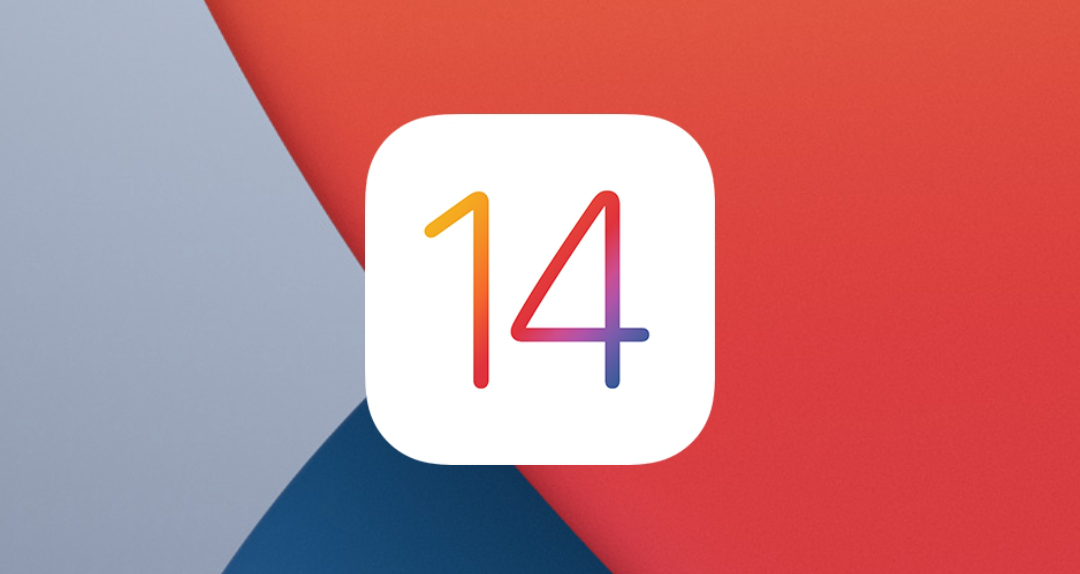 With iOS 14 being publically released today, we put it against its sole competitor, Android. As Android 11 has recently been released, both the new versions of iOS and Android have very similar features but also at the same time are different from each other.

iOS 14 is now available starting today for a bunch of iPhones. The new OS is more refined and focuses on visual changes. Recently, Google also unveiled Android 11 which focuses on privacy and minor UI changes. Both of these OS’es have borrowed some of the feature from each other. Let’s take a look at them.

What Android borrowed from iOS 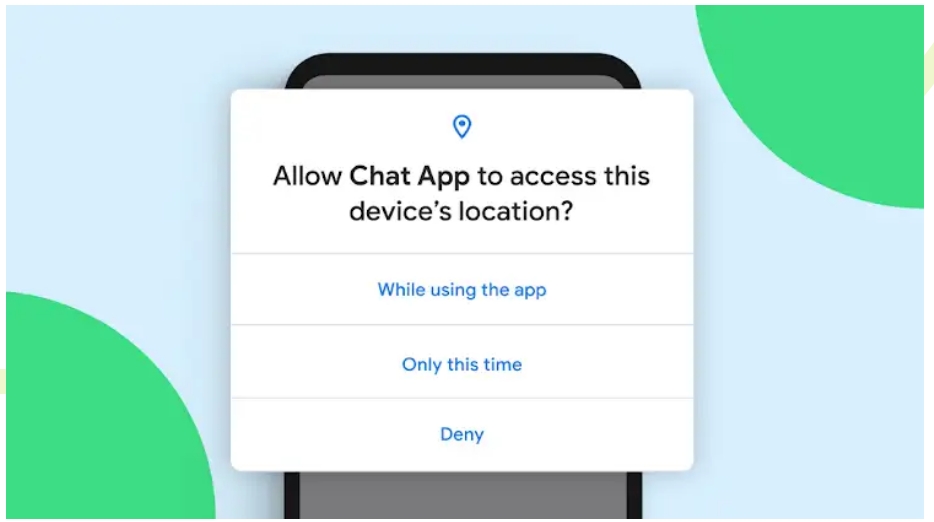 In Android 11, the user can now grant specific permission to the app just for that specific session for which he/she has opened the app. This means that after you close the app, Android will automatically revoke that specific permission and will again ask you to grant it, the next time you open the app. And if you haven’t used a specific app for a long time, Android will automatically revoke all the permissions from that app. This feature was introduced in iOS 13 last year. 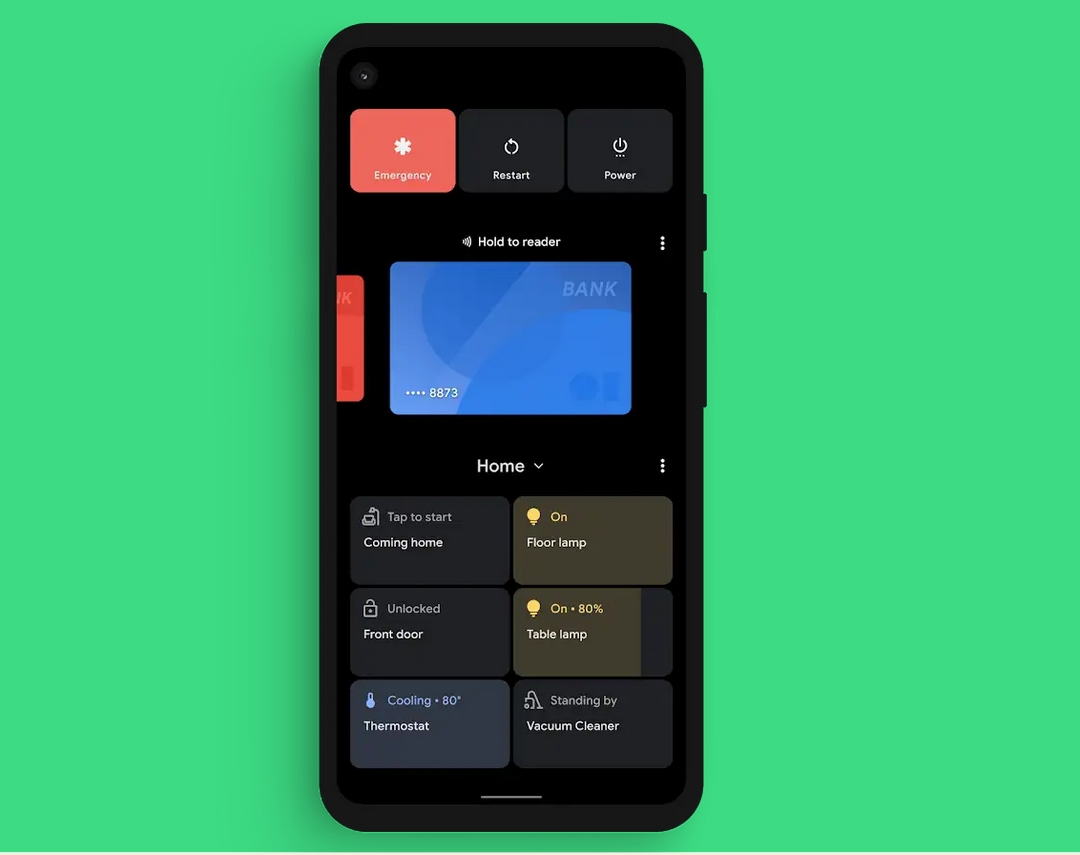 Now in Android 11, the power menu also consists of your smart home devices like the wireless lights that connect through WiFi. With this design change, you’ll be easily able to control your smart devices without needing to open the specific app for that device. This feature was introduced in iOS 10 as Home Kit present in the iOS control centre. 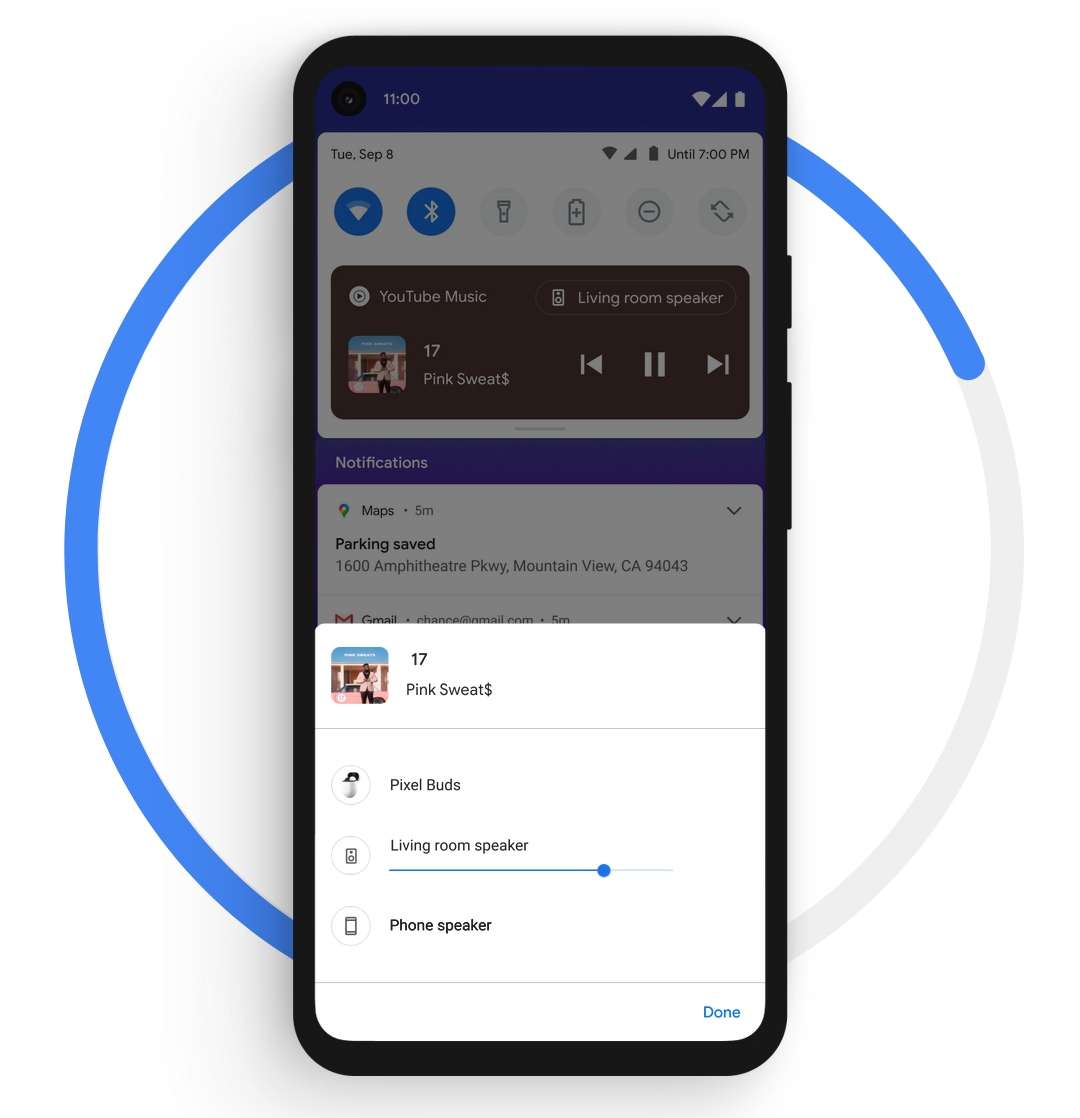 With Android 11, the music player notification is now moving a bit up, into the Quick Settings panel where other tiles are present. Now, when you swipe down once, the music player will be shown in the form of a mini-player which will show you the app name, basic controls, album art and on which system the music is playing.

You can also change the output method of the audio by pushing it to another device, for example, a wireless speaker, just with the click of a button (speaker-shaped) which appears in the player itself.

These features are already present in the Control Centre of iOS since quite a while.

What iOS borrowed from Android 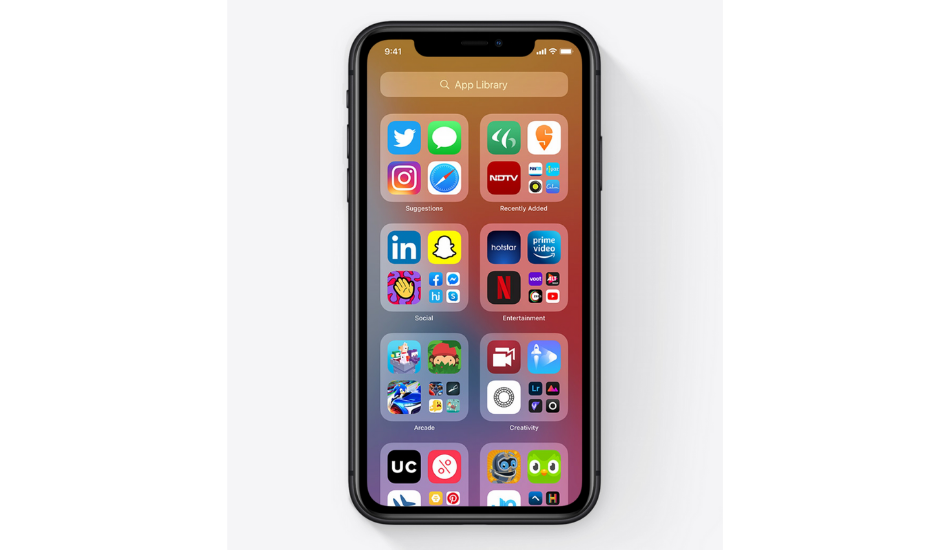 The App Library is a new space at the end of the Home Screen pages that automatically groups all the apps into a single category which is auto-categorised. The App Library also shows suggested apps you’re likely to be looking for based on usage such as time, location or activity.

This is a feature which we all know as ‘App Drawer’ in Android which has all the apps in a single place. 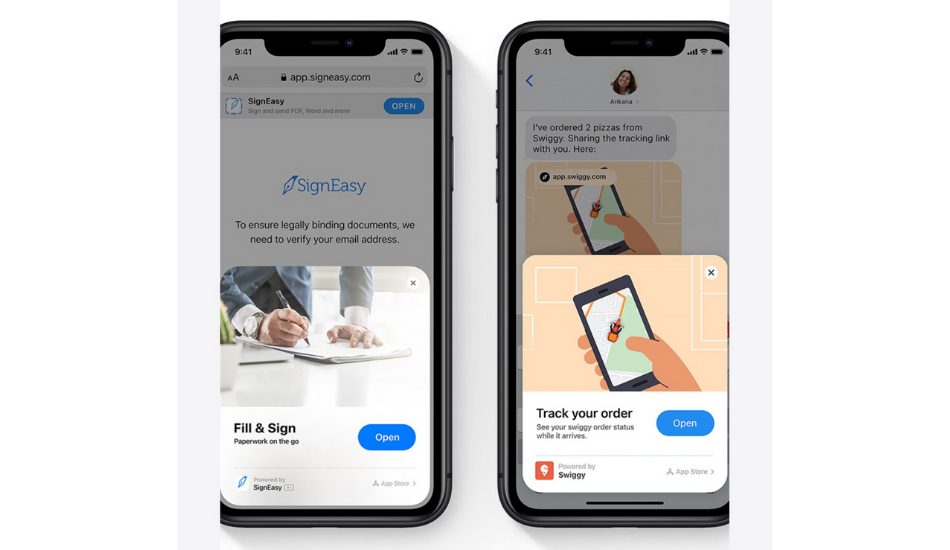 An App Clip is a small part of an app that’s discoverable at the moment you need it and is focused on a specific task, including the key features of that specific app. These apps differ from fully installed apps as when you are done using them, these App Slices disappear from your phone.

In Android, this feature is known as ‘Instant Apps’ which was introduced back in Android P in 2018 and provided the same functionality.

With iOS 14, you can Set a third-party app like Chrome as your default web browser and email app that will launch when you click a link or want to compose a new mail message.

This functionality has been present in Android for very long. 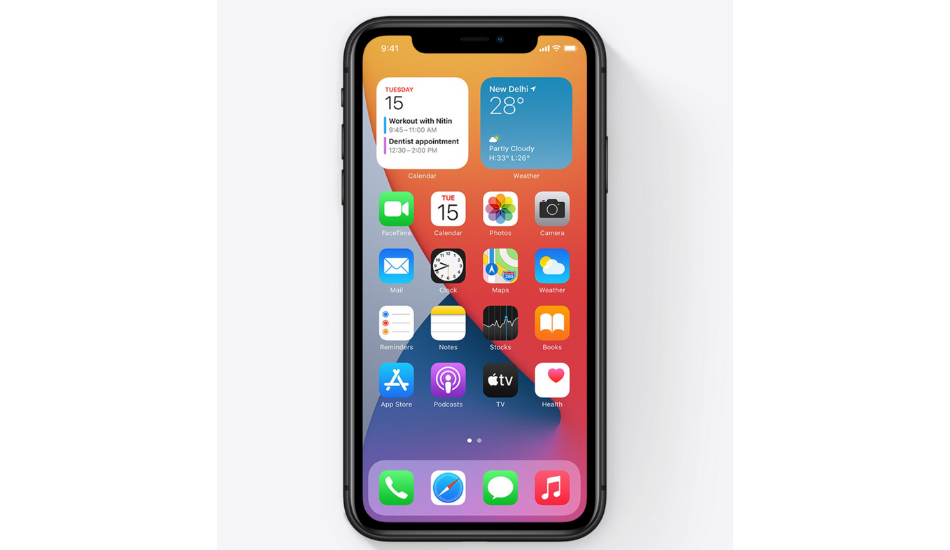 Home Screen Widgets are the main focus of Apple in iOS 14 as it is being advertised the most. Apple is now allowing its users to add widgets to their home screens instead of just apps. You can add widgets for apps like Weather, Clock, Calendar, Maps, Fitness, Photos, Reminders, Stocks, Music, TV, Tips, Notes, Shortcuts, Battery, Screen Time, Files, Podcasts and Siri Suggestions and they can be placed anywhere on the home screen. It behaves more like the Tiles from Windows Phone instead of Widgets from Android.

But the widgets feature has been present in Android since its early days and Google has only expanded support for it over the years. 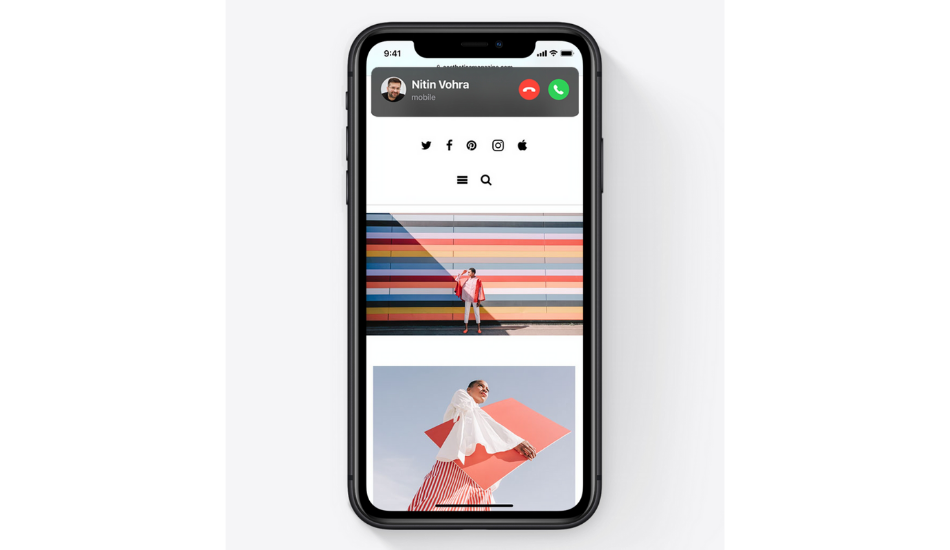 Now when you receive a call in iOS 14, it appears as a banner instead of taking over the entire screen. You can Swipe up on the banner to dismiss it or swipe down to access extended phone features and tap to answer.

Siri is also receiving a UI change where it pops up at the bottom of the screen and when Siri has a result for you, it appears at the top of the screen like a notification. 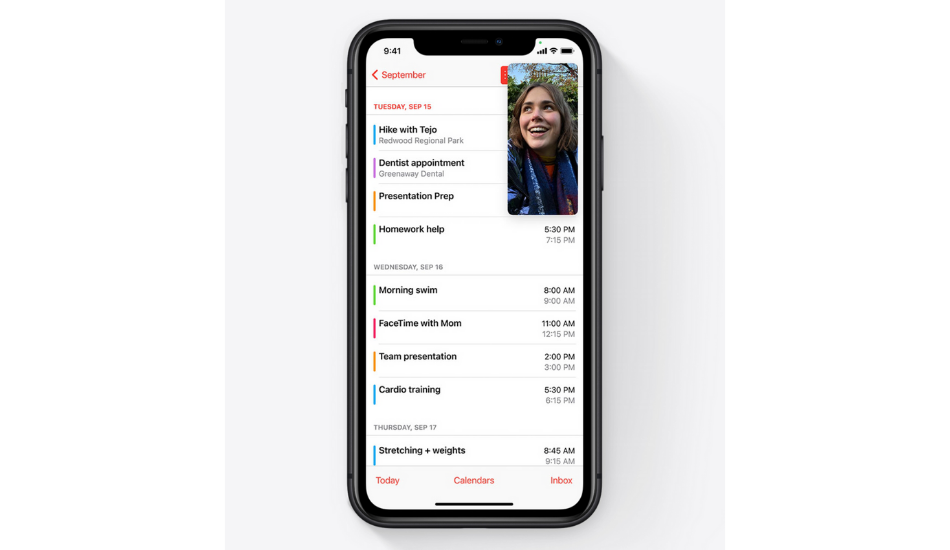 You can now continue watching a video or making a FaceTime call while you use another app, as the video you are watching will resize into a small floating window. That floating window can also be resized, minimised, or can be moved to any corner of the display.

This feature is also available in Android since Android 8.0 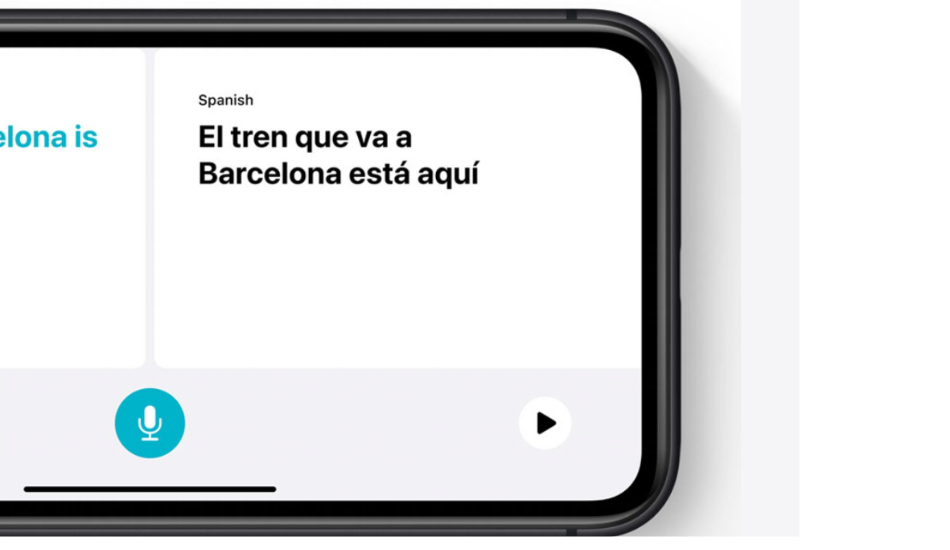 Same as Google’s Translate app, iOS 14 will now also come with a Translation app that will allow users to translate typed and spoken phases. But Apple’s translate app supports only 11 languages as of now. 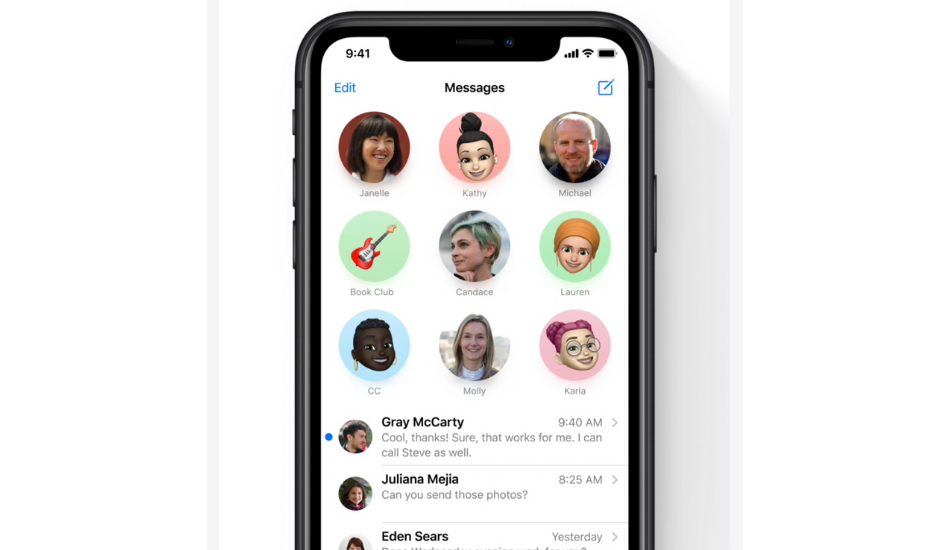 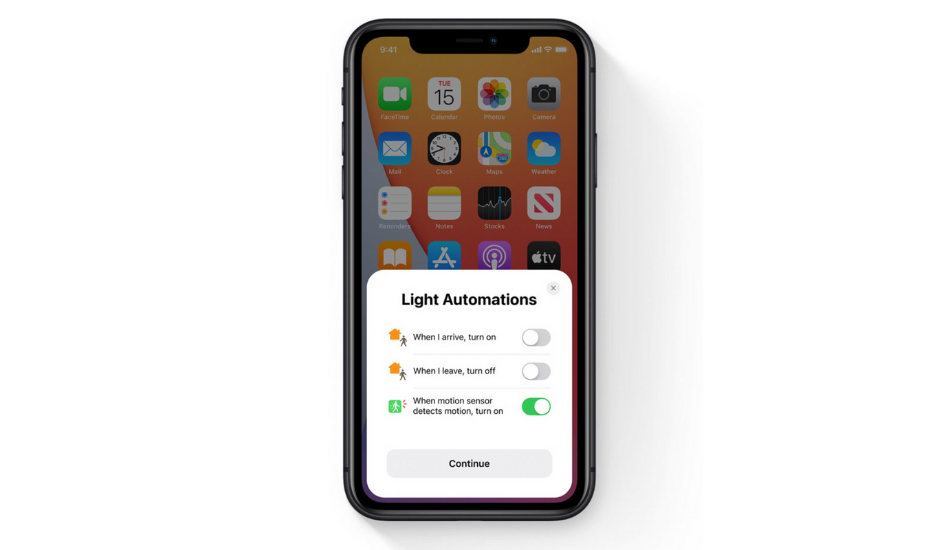 Home controls in Control Centre will now dynamically suggest the most relevant accessories and scenes you’ll likely want to control based on the time of day and how often you normally use them. A new visual will also show you if any of your home accessories need any attention.

Developers will now be required to get your permission before tracking you to which you can deny. 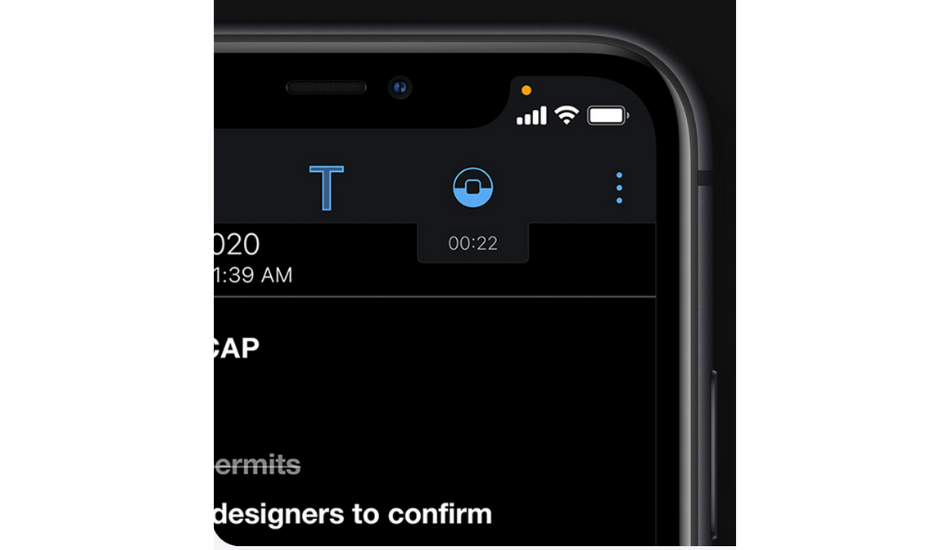 iOS displays an indicator (a dot) whenever an app is using the mic or camera, both in the app and in the Control Centre.

Maps will now allow you to choose specific routes if you are in an electric vehicle and adds charging stops along your route while calculating the ETA. 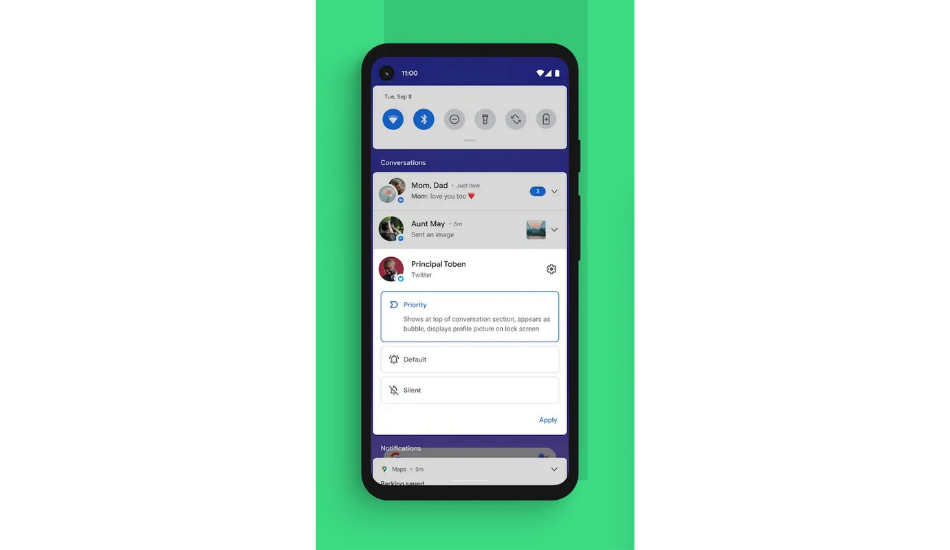 In Android 11, there are now 3 categories of notifications which are Conversations, Alerting, and Silent.

The first category consists of all the conversation related notifications from chat apps like Messages, WhatsApp, FB Messenger, etc or wherever you are chatting directly with someone. These notifications can also be prioritized according to your needs so you don’t miss out on any of them. For example, you can prioritize the chat notifications from your dad rather than your friend’s notification popping up on top. The other two categories work same as before. 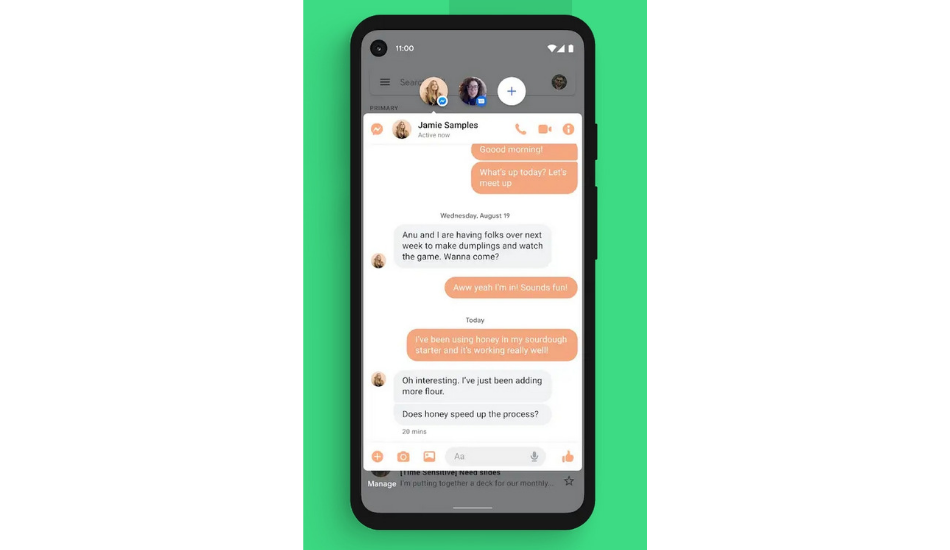 This feature is now being made available system-wide and will be available for any chat app like WhatsApp, Messages, Instagram DM, etc. With this, you’ll have a bubble of the conversation with a particular person with the exact same design as Chat Heads in messenger. When you are done with the conversation, you can drag that bubble to the cross which will appear after you click and hold on that bubble.

With Android 11, Google can push security updates through Play Store. For example, if a major security loophole has affected millions of devices, instead of waiting for the manufacturer to fix it, Google will directly push the fix of the loophole to your device through Play Store. But Google still cannot push major Android Updates or Security Patches with this system.