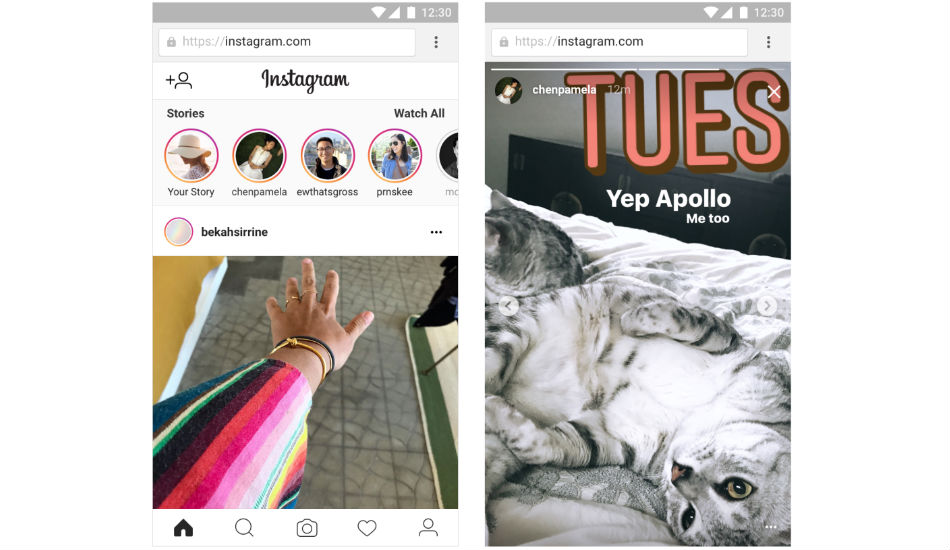 The update will be available to everyone in coming weeks and users can also post stories from mobile web in the coming months.

Instagram has announced that it is bringing Stories feature to the web. The company says that starting from today users can watch Stories from mobile web and desktop site.

The stories will be shown at the top of the feed and one can tap to watch them. In order to skip or go back to a story, users can tap the right or left arrows. The update will be available to everyone in coming weeks and users can also post stories from mobile web in the coming months.

Instagram Stories has been a massive hit since its launch a year ago. According to the company, which has 700 million users worldwide, 250 million active users are already using Stories on a daily basis. Instagram says that it has rolled out over 20 new features so far including Boomerangs right in the story, stickers, face filters, ability to mention and link other accounts and so on.