Inside Edge three seasons are available to watch on Amazon Prime Video. Each season is consisting of ten episodes. 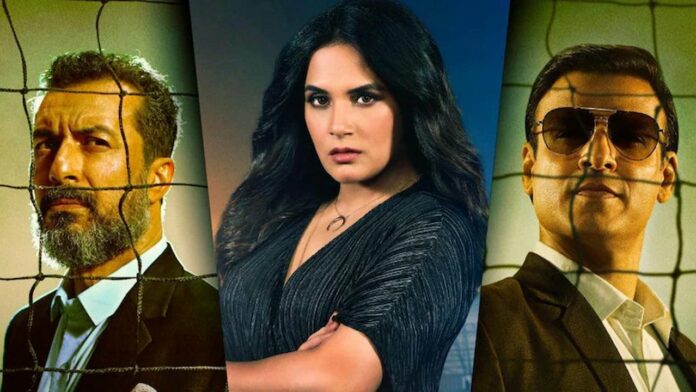 Inside Edge is an Indian sports-drama series currently premiering on Amazon Prime Video. The series now has three seasons, each consisting of ten episodes. The new season started rolling out on Prime Video from today itself.

The series is the first Hindi-language series distributed by Amazon Originals. It revolves around Mumbai Mavericks, a T20 cricket team playing in PowerPlay League, whose owners are involved in a spot-fixing scandal.

Inside Edge follows the twists and turns in the lives of powerful characters as they reveal the game behind the game. The series gained immense popularity in India because of its exciting storyline depicting the dark side of cricket.

Main starcast of Inside Edge on Amazon Prime:

Vivek Oberoi is playing as Vikrant Dhawan, who is the owner of one of the world’s leading sports management companies.

Richa Chadda is playing as Zarina Malik, the co-owner of the Mumbai Mavericks.

Aamir Bashir is Yashvardhan Patil/Bhaisahab in the series. He is the President of the Indian Cricket Board and the founder of the PowerPlay League.

Tanuj Virwani plays Vayu Raghavan. He is the star player and later captain of the Mavericks. Further, he becomes Mantra’s boyfriend also.

Twitter is testing a dedicated Cricket tab in its app for…

Sapna Pabbi is playing as Mantra Patil. She is the co-owner of Mumbai Mavericks, Yashvardhan’s daughter, and Vayu’s girlfriend.

Angad Bedi is Arvind Vashishth in the series. He is an ex-international player and the captain of the Mavericks. He also becomes captain of the Haryana Hurricanes later.

The second season premiered on 6 December 2019. Likewise, all the second season’s ten episodes were also released on the same day. This season was directed by Karan Anshuman, Aakash Bhatia and Gurmmeet Singh. Ritesh Sidhwani and Farhan Akhtar produced it.

In the next edition of the PPL, a volatile Vayu Raghavan leads the Mumbai Mavericks to face the Arvind Vashisht-led Haryana Hurricanes. Meanwhile, Zarina Malik allies with Bhaisaab. She gets more control over Mumbai Mavericks.

This season also marked the entry of Patil’s daughter Mantra (Sapna Pabbi). She finds love in Vayu Raghavan. Arvind also moves to a new team and becomes captain of the Haryana Hurricanes. Meanwhile, Yashvardhan Patil gets his daughter Mantra, and Vayu arrested. Besides, he even wins the cricket board election once again.

What to Expect from Inside Edge Season 3

Inside Edge season 3 will be exclusively streaming through the Amazon Prime Video streaming service in more than 240 countries and territories worldwide. The latest season will explore the impact of legalizing betting in cricket. Further, Inside Edge Season 3 is created by Karan Anshuman and directed by Kanishk Varma.

The series will highlight the phase of the journey of Mumbai Mavericks, which will ultimately decide the fate of the team. In addition, this time Mumbai Mavericks team is banned for two years from the league due to betting and drugs charges. This season will show the much-hyped India-Pakistan cricket match after 13 years. The season will highlight the match-fixing issue as well.

Dhawan will be shown more powerful than in Seasons 1 and 2 and he seeks ‘Badla’ from Bhaisahab this time. Zarina wants the Bhaisahab to leave the post of ICB President. Finally, Mantra, on the other hand, wants to make betting legalize in India.