Infinix Note 12 Pro 4G will come with the Helio G99 processor, which is built on a 6nm process and has a max clock speed of 2.2GHz. 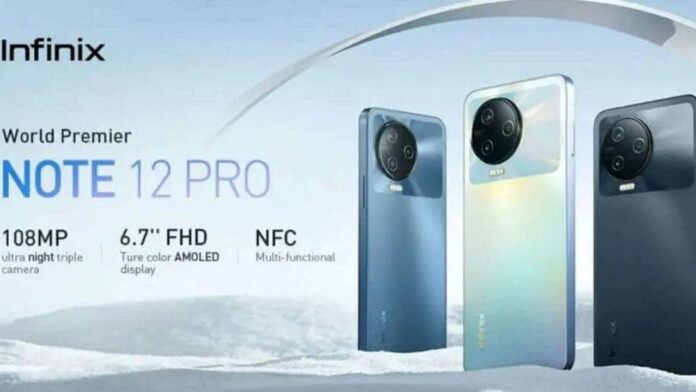 Infinix is planning to launch a new Note 12 series smartphone in India this week. The device is the Infinix Note 12 Pro 4G and it will debut in the country on August 26. The company has already launched a 5G phone with the same moniker.

As per a Flipkart listing, the Infinix Note 12 Pro 4G will launch in India on August 26. It is said to be the country’s first smartphone to come with the Helio G99 processor, which is built on a 6nm process and has a max clock speed of 2.2GHz. To recall, the Note 12 Pro 5G in India comes with MediaTek Dimensity 810 5G SoC under the hood.

The Flipkart listing has also confirmed a few specs of the upcoming Infinix phone. Infinix phone will sport a 6.7-inch AMOLED panel with FHD+ resolution, 60Hz refresh rate, and a dew-drop notch.

The MediaTek Helio G99 chipset will be coupled with 8GB of LPDDR4x RAM and 128GB of UFS 2.2 storage. It might get an extended RAM facility that could allow users to use up to 5GB of internal storage as virtual RAM. Also, the phone will feature a competent Arm Mali G57 GPU for graphics.

For optics, the smartphone will feature a triple camera setup headlined by a 108 MP primary sensor with an f/1.75 aperture lens. Additionally, it will get a 2MP depth lens and an AI lens at the rear. This smartphone will also sport a 16 MP selfie camera.

The upcoming smartphone from Infinix will pack a battery of 5,000mAh with 33W fast charging support. Further, it will run on Android 12 with XOS 10.6 skin on top.

The Infinix Note 12 Pro 5G comes with a starting price of Rs 17,999 in India. The 4G version will launch in India as a budget smartphone and it will likely be priced under Rs 15,000. Reportedly, the phone will come in Alpine White, Tuscany Blue, and Volcanic Grey colour options.