Infinix Inbook X1 Flipkart listing has confirmed that the laptop will be available on the e-commerce site upon its launch in India. 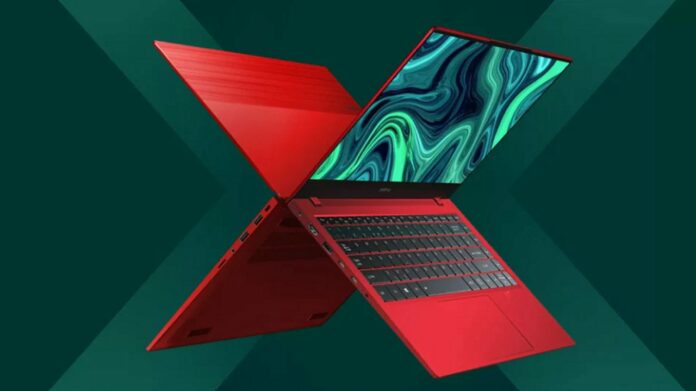 Infinix Inbook X1 laptop will be launching in India soon. Now ahead of the launch, it has been confirmed that the laptop will be available on Flipkart after its launch.

Flipkart has put up a microsite teasing the upcoming launch of Infinix Inbook X1. This confirms that the forthcoming Infinix laptop will be available on the e-commerce site upon its launch in India.

The listing, however, does not reveal many details of the upcoming laptop. It only tells us that Infinix Inbook X1 will be a sleek and lightweight device. It will be measuring 16.3mm in thickness and weigh around 1.48kg.

As per the microsite on Flipkart, it will feature an aircraft-grade aluminium finish. The laptop will be backed by a 55Wh battery that offers around 13 hours of video playback time on a single charge. The laptop will be available in Aurora Green, Noble Red, and Starfall Grey colour variants.

The INBook X1 that debuted in the Philippines comes with a full-metal body. It has a large 14-inch screen with a Full HD IPS display with a 1080p resolution. It has an aspect ratio of 16:9 and a brightness of 300 nits. In addition, the display can be tilted up to 180° viewing angle for optimum flexibility.

The laptop is powered by the 10th Gen Intel Core i3-1005G1 processor coupled with 8GB of DDR4 RAM and 256GB of PCIe SSD storage. It comes with Intel’s integrated UHD graphics. In addition, the laptop features a 720p webcam at the front.

The laptop is pre-loaded with Windows 10. On the battery front, the device has a 55Wh battery with support for 65W fast charging technology. In addition, the company claims to offer 11 hours of screen time for web browsing and video playbacks with this battery.

For audio, the laptop is embedded with 2W dual speakers and two microphones. In terms of security, it has a fingerprint scanner below the keyboard.