America-based motorcycle manufacturer, Indian Motorcycles has introduced the limited edition Jack Daniel’s Indian Scout Bobber, in collaboration with Jack Daniel’s Tennessee Whiskey brand. The company will only be producing 177 units of the 2018 Indian Limited Edition which will be produced globally at a price tag of $ 16,999 (Rs 11,07,357 approximately) starting March 13, at 12 Noon EST or 10:30 PM IST. The deliveries will commence in mid-August. 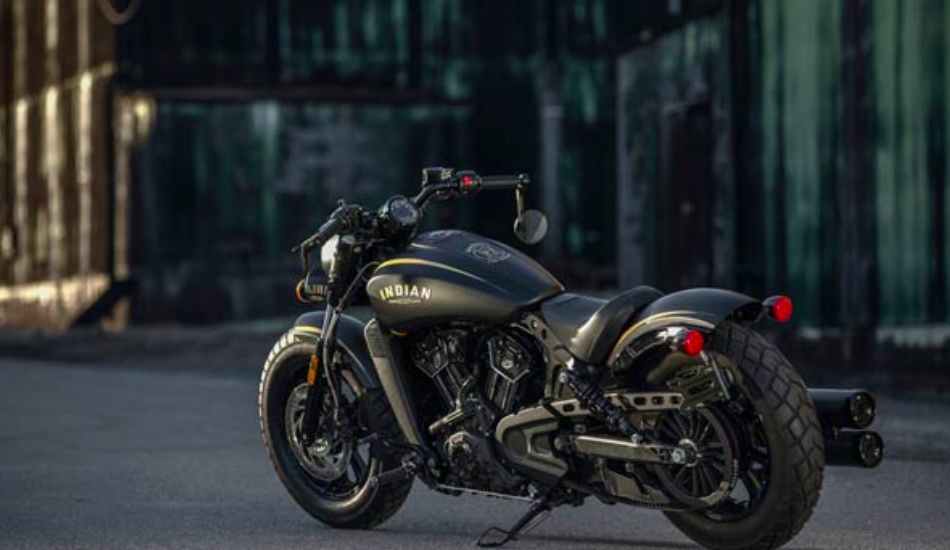 Based on the Scout Bobber, the bike comes in a subtle tone-on-tone matte black paint scheme, which is never been done by Indian Motorcycle before. The limited edition gets the real 24 karat gold graphics on the tank and fenders, including the Jack Daniel’s Fire Brigade emblem on the tank and the Jack Daniel’s “Bottles and Throttles Don’t Mix” reminder on the front fender.

Other than this, it comes with the custom perforated genuine leather seat with “Jack Daniel’s” embroidered in a gold thread for the fans, and a one-of-a-kind Montana Silversmith badge coated with real 24K gold and engraved with each bike’s unique number starting #001 to #177. Further, custom foot controls, grips and pegs that feature the Jack Daniel’s “Old No. 7 Brand” emblem and a gold Indian Scout tank logo. 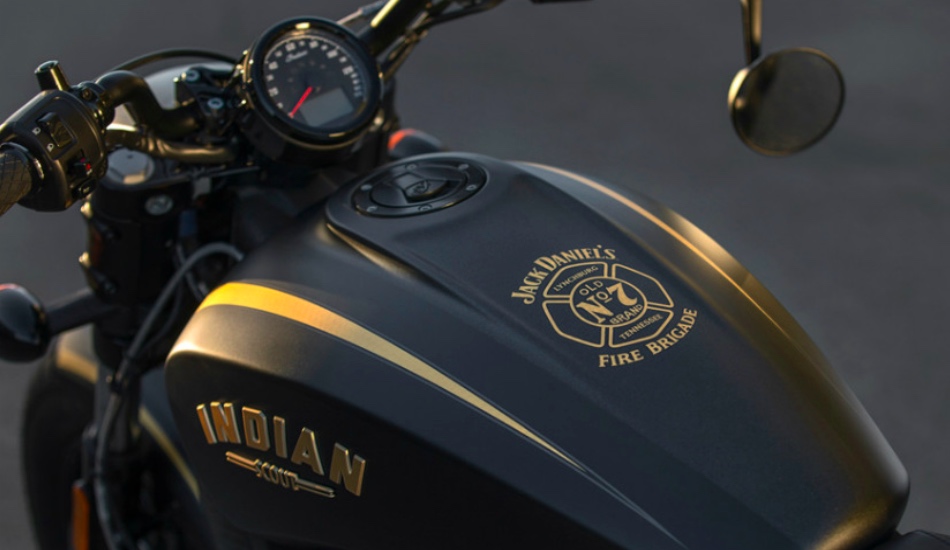 As far as specifications are concerned since the bike is based on the footprint of Scout Bobber. It is powered by an 1133 cc displacement, liquid-cooled, 2-cylinder electronic fuel injection engine, which chunks the maximum power of 94 bhp at 8000 with the peak torque of 97 Nm at 5600 rpm and mated to a 6-speed transmission.

The Indian rides on the 16-inch alloy wheels, with the 298 mm disk brakes on both the ends. Further, it comes with 120mm telescopic fork suspension at the front and 50 mm dual shocks on the rear. In terms of dimensions, the bike measures 2276 mm in length, 926 mm in width and 1154 mm in height.