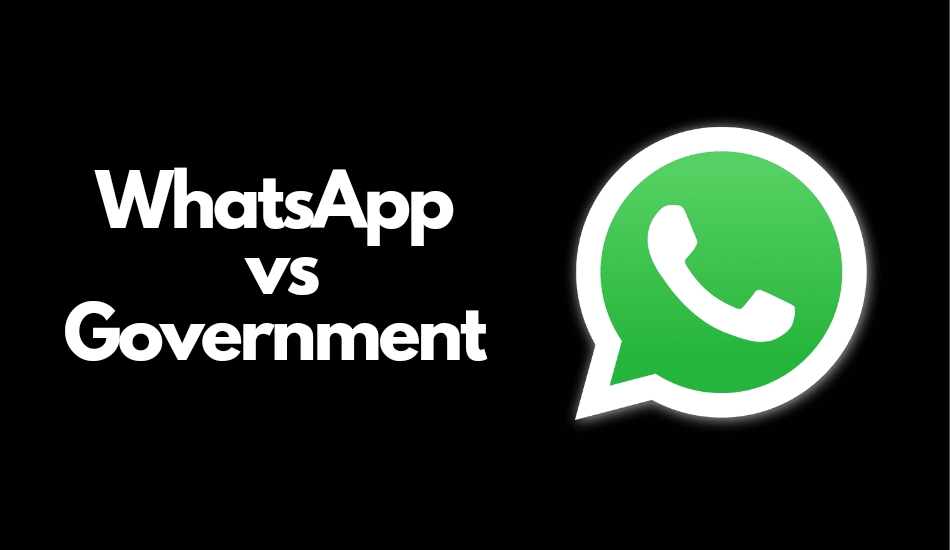 WhatsApp recently sued the Indian government over the new IT rules and the government now has a reply for the chat application. The Facebook-owned social media company received the response from the government through a press statement in which the government believes it has no intention of violating the privacy of WhatsApp users even when it asks WhatsApp to trace the originator of the message.

The Ministry of Electronics and Information Technology (MeitY) said that such requirements that ask WhatsApp to disclose the origin of a particular message were required only in case when the message is required for prevention, investigation or punishment of very serious offences.

The Ministry also cited Union Minister Shri Ravi Shankar Prasad in stating that the “Government of India is committed to ensure the Right of Privacy to all its citizens but at the same time it is also the responsibility of the government to maintain law and order and ensure national security”.

Read More: WhatsApp sues Indian government over new IT rule being in violation of privacy rights of users

“It is in public interest that who started the mischief leading to such crime must be detected and punished. We cannot deny as to how in cases of mob lynching and riots etc. repeated WhatsApp messages are circulated and recirculated whose content are already in public domain”, read the statement from MeitY.

“Requiring messaging apps to ‘trace’ chats is the equivalent of asking us to keep a fingerprint of every single message sent on WhatsApp, which would break end-to-end encryption and fundamentally undermines people’s right to privacy,” WhatsApp had said in an earlier statement.

Stating another old but ongoing spat between the social media company and the Indian government, the Ministry also added, “At one end, WhatsApp seeks to mandate a privacy policy wherein it will share the data of all its user with its parent company, Facebook, for marketing and advertising purposes”.

The government also makes it clear that the rule to trace the first originator of information is mandatory for each and every significant social media intermediary, irrespective of their method of operation.

Interestingly, WhatsApp’s parent company Facebook had said on Tuesday that it is working with the government on resolving some of the issues and plans to comply with the new IT rules.