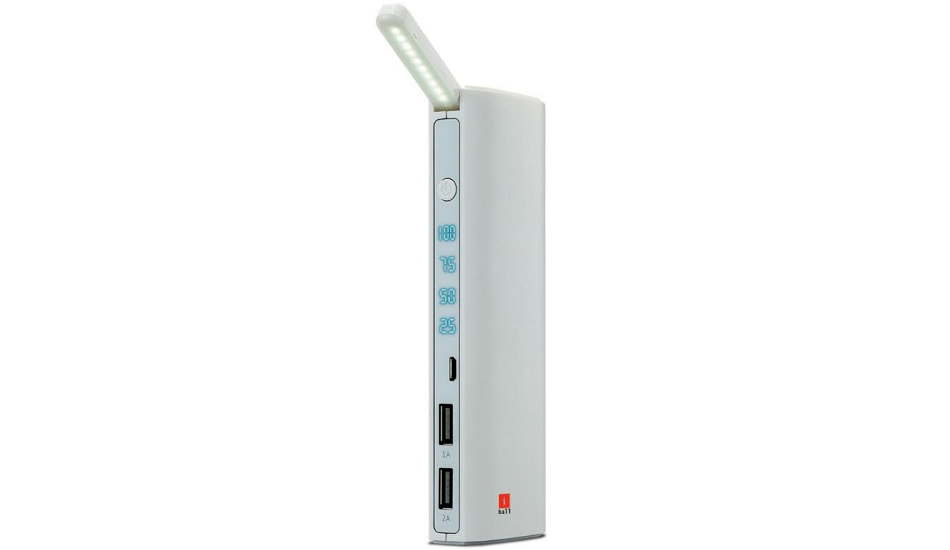 It also sports two USB ports for multiple charging and also has an output of 5V/2.1A which enables fast charging making it perfect for emergency situations.

iBall has announced the launch of iBall PB-10026, a 10,000 mAh power bank.Priced at Rs 2,099, the PB-10026 is compatible with various devices. The product is already available through retail stores in India, as per the company.

iBall claims the power bank is stylish and is compact in design which makes it easier to carry it along anywhere. The power bank has a powerful 10 LED Lamp and it works up to 50 hours under full charge. It comes with a LED power indicator that gives information such as the amount of power left in the power bank for optimum usage.

It also sports two USB ports for multiple charging and also has an output of 5V/2.1A which enables fast charging making it perfect for emergency situations. The power bank has a Lithium Polymer battery and it has safety features – Short circuit protections, over charging, over discharge and over voltage protection that assures maximum user and device safety, claimed in a press release.