iBall Slide, however, still misses out on Android 4.0 and instead comes with Android 2.3.

Like the older Slide tablet, the new iBall Slide i7218 comes with a 2 megapixel camera on the back but has an additional VGA camera in the front for video chat. 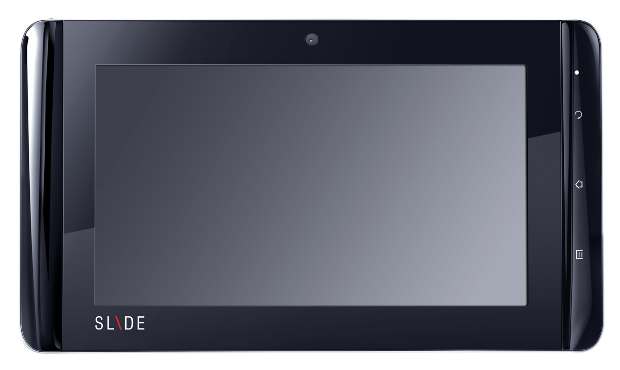 The tablet weighs 450 grams, and has a TFT, multi-touch capacitive 7-inch touch screen and 800 x 480 screen resolution and comes with a ARM Cortex A8, 1 GHz processor.

The product comes with an 8 GB built-in storage capacity which is expandable upto 32 GB. Other features of the tablet include WiFi, Bluetooth and 3G support through dongle. It has HDMI port for easy connectivity to TV or the projector. The company has also revised the price slightly and the new tablet will now sell at Rs 11,999.

One of the major missing elements is the lack of Android 4.0, which Slide’s rivals like Micromax Funbook, HCL Metab U1 and iBerry Auxus offer. Also in terms of pricing and hardware function, these three tablets are better with Funbook costing Rs 6,500 and HCL costing Rs 8,000 only.