Hyundai Santro coming in new avatar, likely to be launched around Diwali 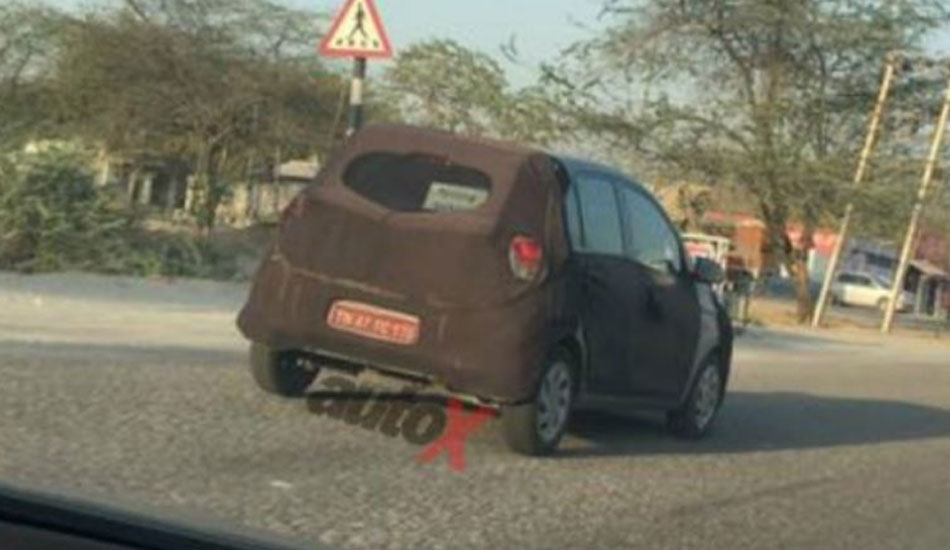 The new Hyundai Santro is expected to come in an AMT version along with a 5-Speed manual gearbox model.

A new model of Hyundai Santro has been spotted. However, the car which got spotted by AutoX had heavy camouflage and thus it is speculated to come towards the end of this year. Since most car makers try to bring their new offerings during festival times, we are also expecting the new Santro to come around Diwali this year.

As per reports, the hatchback has been internally named as AH2. But since the car is heavily camouflaged, the final touches cannot be predicted at this point of time. However from the pictures, it can be easily deduced that it retains the tall design.

Being an entry-level offering, no one is expecting alloy wheels. However, LED daytime running lamps and halogen headlamps are expected. It is expected to come in petrol version with possibly a 0.8 litre or a 1.0 liter engine. Decent cabin space for five adults is expected.

The new Hyundai Santro is expected to come in an AMT version along with a 5-Speed manual gearbox model.

Note that Hyundai discontinued the earlier Santro model. Currently the Eon is its cheapest offering after which comes the Grand i10.

Meanwhile, the car maker has reported six per cent jump in its sales in the month of March. The company had sold 60,507 units last month compared to 55,614 units in March 2017.