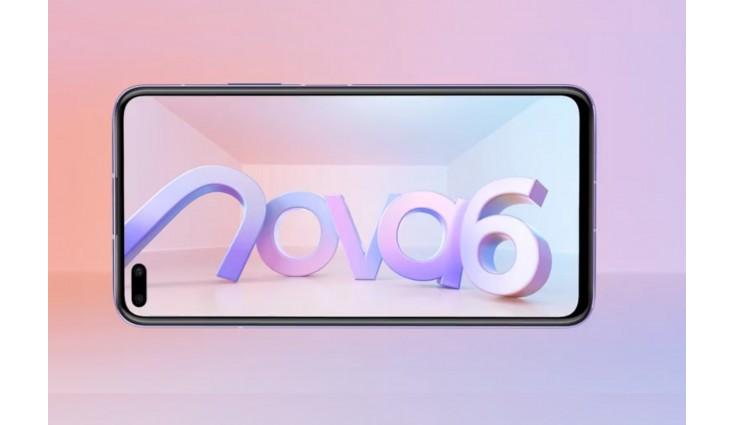 Huawei Nova 6 will run Android Pie out of the box.

Huawei Nova 6 5G will be announced in China on December 5. Now ahead of the launch, the phone has been spotted on GeekBench benchmarking website revealing its key specifications.

As per the GeekBench listing, theHuawei Nova 6 5G will be powered by a Kirin 990 processor. In addition to the chipset, the Geekbench listing also confirms that the smartphone will feature 8GB of RAM.

For the software, theHuawei Nova 6 will run Android 10 out of the box. On the benchmark site, the phone managed to score 3,821 in the single-core test and 11,963 in the multi-core test. 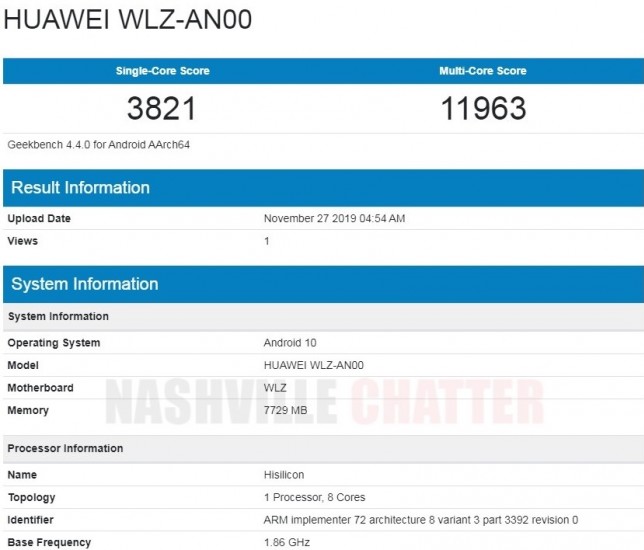 As far as the specifications of the Huawei Nova 6 are concerned, the phone will feature a 6.44-inch full HD+ display with a resolution of 1080 x 2340 pixels and 60Hz refresh rate. It will be powered by Kirin 990 chipset coupled with 8GB/128GB and 12G/256GB storage variants.

The smartphone is also rumored to pack a 4,000 mAh battery with 40W charging support. The rear will be equipped with a quad-camera setup with 60-megapixel Sony IMX686 primary sensor, a 16-megapixel secondary shooter and two 2-megapixel sensors. On the front, the Huawei Nova 6 5G is expected to sport a 32MP sensor and a 12MP secondary shooter for selfies and video calls. The phone is rumoured to be priced at starting 3,499 Yuan for the base model.