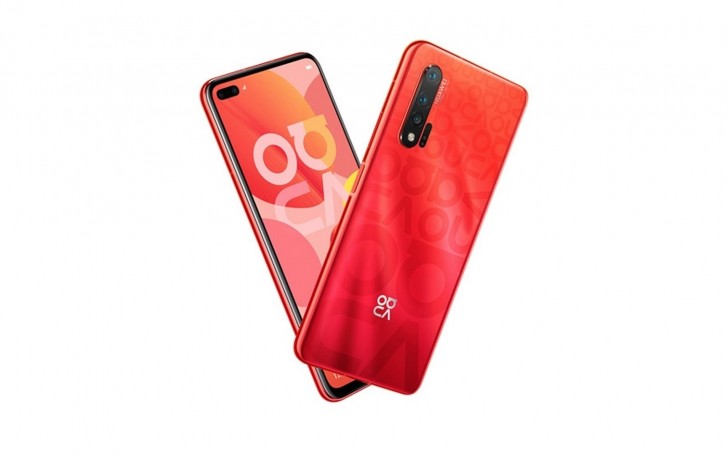 Huawei Nova 6 will support both 5G and 4G LTE networks.

Huawei might launch the Nova 6 smartphone in December. The phone is said to arrive in 4G and 5G editions with WLZ-AL10 and WLZ-AN00 with respective model numbers in the home market. Now a render of the Nova 6 5G has surfaced online revealing the red variant of the smartphone.

The new render has been leaked by tipster Evan Blass as per which the new red variant can be called the Sunset Red.

As per the image, the phone will feature a dual-camera punch-hole design on the front which will house two selfie cameras. The device is said to come with a LCD display, due to side-mounted fingerprint sensor on the Nova 6 5G.

At the back, there is quad-cam setup and a fingerprint sensor is on the side. The fingerprint scanner will double as a power button on the right side, below the volume rocker. The is also a Nova logo at the bottom. There is also word “Nova” written multiple times across the back.

A recent 3C certification listing revealed that both devices will arrive with 40W fast-charging support. Both the Nova 6 5G and Honor V30 5G have the same charger which carries the model number HW-100400C00 with support for up to 40W fast charging. Nova 6 will support both 5G and 4G LTE networks. The 5G model is said to be powered by the Kirin 990 5G chipset.

Meanwhile, a report from MySmartPrice has revealed the full specifications of the Huawei Nova 6. The phone will feature a 6.44-inch full HD+ display with a resolution of 1080 x 2340 pixels and 60Hz refresh rate. It will be powered by Kirin 990 chipset coupled with 8GB/128GB and 12G/256GB storage variants.