The new Huawei MediaPad can play full 1080p HD videos and record videos using its 5 megapixel camera at the rear.

Huawei, however, has not announced the price and availability details of the MediaPad tablet.

It has an IPS technology based capacitive LCD touchscreen display. Inside the chassis, it houses a dual-core 1.2GHz Qualcomm processor to ensure that the Android 3.2 tablet operating system runs smoothly. It is being said that Android 3.2 Honeycomb version has been optimised specifically for the 7-inch display bearing tablets. 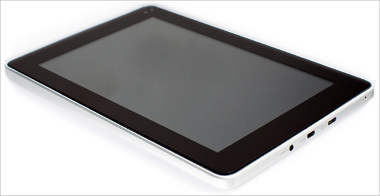 MediaPad comes with 3G Network support, HSPA+ and Wi-Fi (802.11 n) for wireless connectivity. The MediaPad is capable of playing 1080p HD videos and also has Flash Player 10.3 support. Huawei has also offered an HDMI port for connecting the tablet to an HD display.

Packing 8GB onboard storage, the tablet can accommodate a microSD card as well. One can record HD video with 5 megapixel camera with auto focus at the back and 1.3 megapixel front facing camera for video chat. The tablet already has Facebook, Twitter, Let’s Golf and Document to Go apps pre-installed in it. The MediaPad promises about six hours of battery life.

MediaPad will compete with 7-inch Samsung Galaxy tab, Olive Telecom’s OlivePad, HCL’s Me Tablets and the upcoming BlackBerry PlayBook. Interestingly, most of the 7-inch tablets, available today, have single core processor and do not support full 1080p HD playback.