The teaser shows four camera modules laid out confirming that the HTC smartphone will have a dual camera pair on both the front and back sides of the phone.

After weeks of rumours and leaks, the HTC appears to have finally made up its mind for the release of its next-generation flagship U12 Plus as a teaser for the launch event was posted on the company’s Twitter account today.

As expected earlier, the HTC U12 Plus will be launched on May 23rd as the teaser reads “Coming Soon. A phone that is more than the sum of its specs”. From what we can make of the image in the background, HTC has cleverly laid out the different components of the smartphone on a textured material. And if our eyes aren’t deceiving there are four camera modules that have been laid out in the background, clearly confirming a quad-camera setup on the U12 Plus. The internals in the background also shows a fingerprint sensor and a SIM tray alongside a microSD card slot.

Though it appears as a sneaky move from HTC to host an event a week after the launch of OnePlus 6, it remains to be seen how the next generation U-series device will fare to the smartphone crowd. If rumours are anything to be believed, the U12 Plus will equip a 6-inch QuadHD+ LCD display both a resolution of 2960 x 1440 pixels. The device will be powered by the latest Snapdragon 845 chipset with up to 8GB of RAM and 128GB of onboard storage. 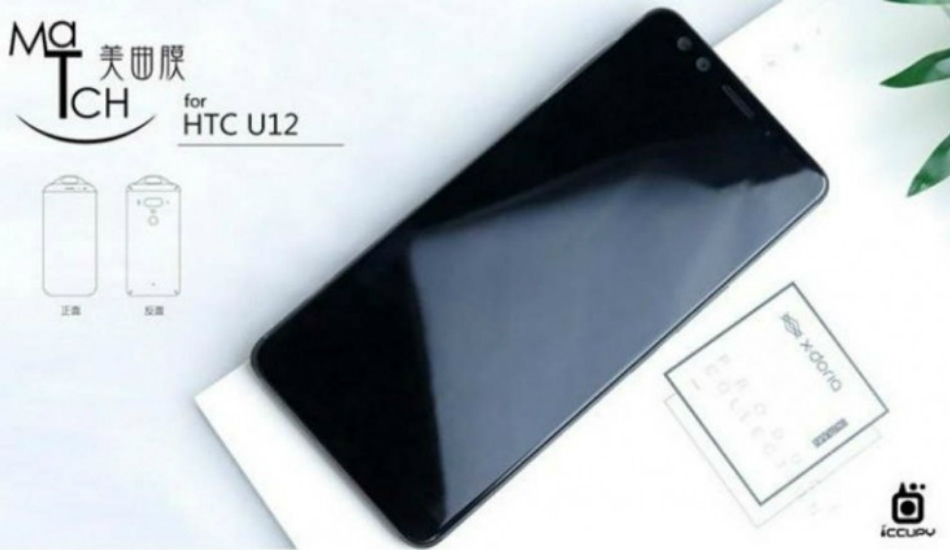 The U12 Plus will run on Android 8.0 Oreo with HTC Sense UI and USonic for Active Noise cancellation. The phone will pack four cameras; two 8-megapixel cameras on the front with optical image stabilization and bokeh and another dual 12MP + 16MP camera setup at the back. All of this is expected to be packed under a 3,420mAh battery which will support Quick Charge 4+ for fast and wireless charging.