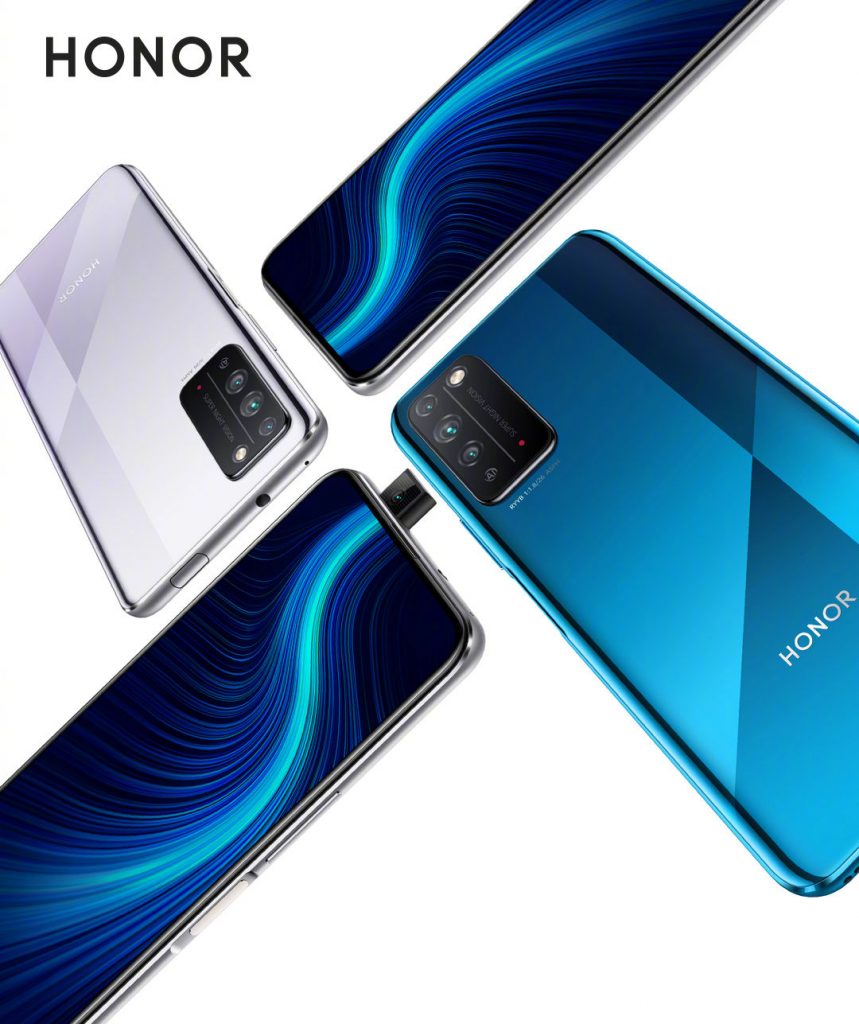 Honor X10 is speculated to be equipped with a Sony IMX600y RYYB 40-megapixel main lens, an 8-megapixel lens, and a 2-megapixel sensor.

Honor X10 will be announced on May 20. Now ahead of the launch, the company has revealed the key features of the Honor X10 smartphone.

On its Chinese microblogging website handle, Weibo, Honor has revealed that the phone will be coming with a high refresh rate supporting display. Honor X10 will come with a screen that supports the 90Hz refresh rate and 180Hz touch sampling rate.

In another poster by the company, it has been revealed by the company that Honor X10 will come in White and Blue colour options. It shows the front and rear panel of the upcoming phone. 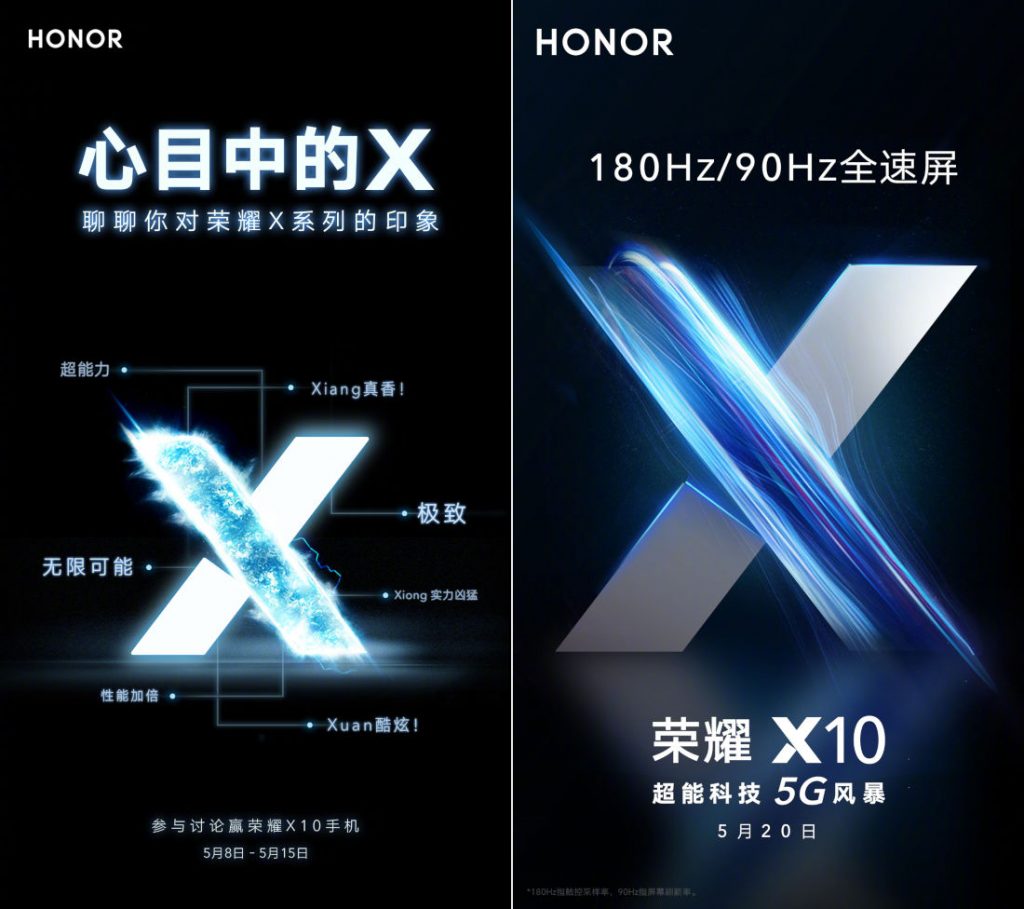 A 3.5mm headphone slot and a microphone can be also seen on the top edge of the smartphone. The phone will have a side-mounted fingerprint scanner.

The phone is speculated to be equipped with a Sony IMX600y RYYB 40-megapixel main lens, an 8-megapixel lens, and a 2-megapixel sensor. It will have a pop-up selfie snapper of 16-megapixel.