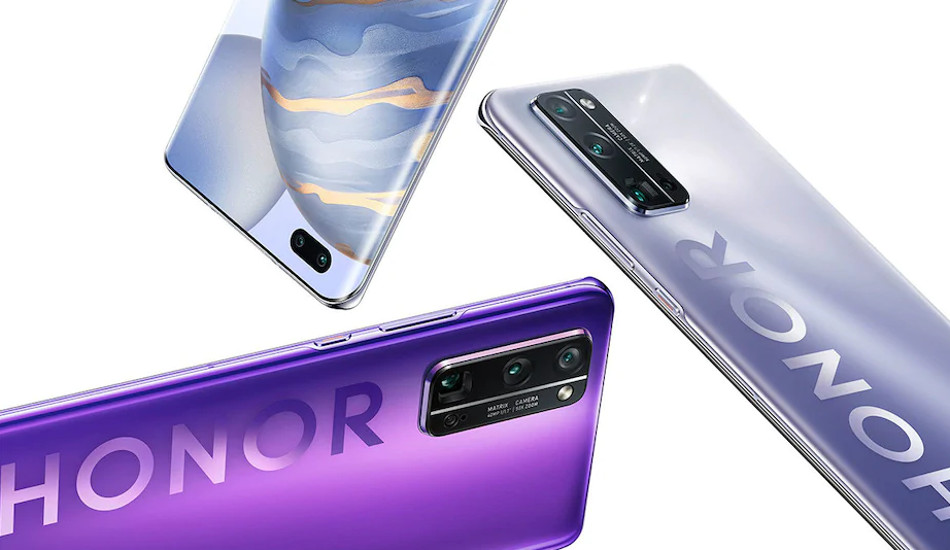 Honor will reportedly be launching Honor V40 series in December in China. The series is said to include Honor V40 Pro and V40 Pro+ smartphones. Now ahead of the official launch, specs and renders of the upcoming series have surfaced online.

As per tipster Rodent950 post on Twitter, the phones will come with a curved display. There will be a triple-camera setup at the back with Honor branding as well. The right side of the phone will come with power and volume rocker buttons.

For the specifications, the tipster reveals that Honor V40 series will feature 6.72-inch Full HD+ display with 120Hz refresh rate. Under the hood, Honor V40 Pro will be powered with the latest Kirin 9000 chipset while the Honor V40 Pro+ might come with MediaTek Dimensity 1000+ chipset.

For the cameras, the Honor V40 Pro is said to come with a triple-camera setup, while the Honor V40 Pro+ might come with quad rear cameras. They are said to feature a Sony IMX700 RYYB 50-megapixel main sensor. For the front, both the phones will come with dual-selfie camera housed in a pill-shaped cutout in the display.