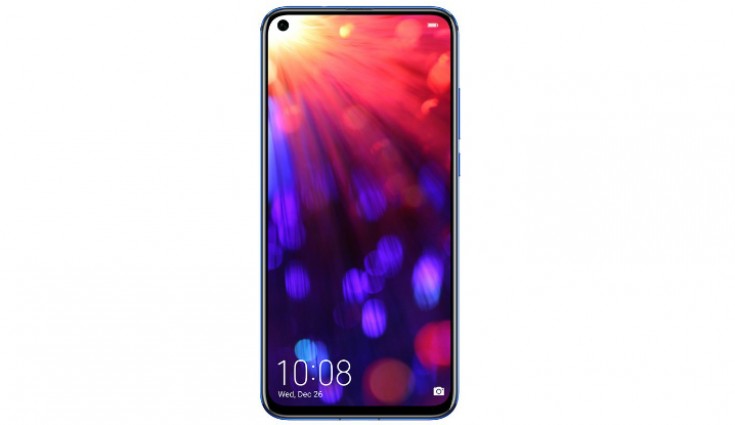 The Honor View 20 will be announced on January 22 in Paris, France.

Honor will be launching its upcoming V20 smartphone in China on December 26, which will globally be known as Honor View 20. Now, just ahead of official launch, the phone has been spotted on Geekbench benchmarking website. The Honor View 20 will be announced on January 22 in Paris, France.

On the GeekBench listing, Honor V20 smartphone has apperaed with model number PCT-AL10. The listing reveals that the handset has scored 3261 and 9792 benchmarking scores in the single-core and multi-core tests of Geekbench. 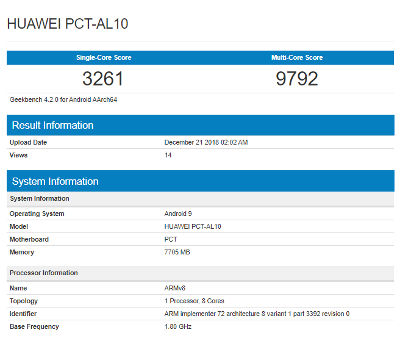 As per the listing, Honor V20 will be powered by 1.80 octa-core processor which is said to be Kirin 980 SoC. The phone will run Android 9 Pie operating system and will have 8GB RAM.

A recent leak revealed that the Honor V20 will come with a price tag of 2799 Yuan for the 6GB RAM + 64GB internal storage option, which roughly translates to Rs 28,407 and a 6GB RAM and 128GB storage that could be priced at 3299 Yuan, which roughly translate to Rs 33,481. However, there is no information available on the pricing of the 8 GB RAM variant that has surfaced on Geekbench.

Apart from Geekbench listing, the phone has also been spotted on another benchmarking website, Antutu. The listing has revealed some of its major specifications. 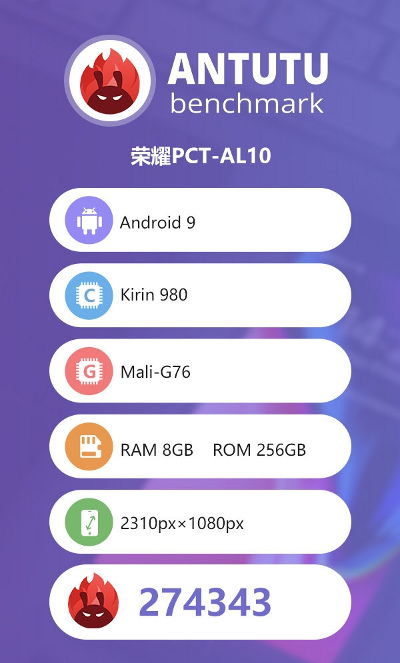 As per the listing on AnTuTu benchmark, the Honor V20 comes with a Full HD+ (2280 x 1080 pixels) display but the screen size is not known. Besides, the listing says that the handset has Kirin 980 SoC, Mali G76 GPU, and Android 9 Pie operating system. It will come with 8GB of RAM and 256GB of internal storage. The listing has no information about its battery size and camera resolution. Additionally, the AnTuTu listing reveals the benchmark score of 274343 points of Honor V20.