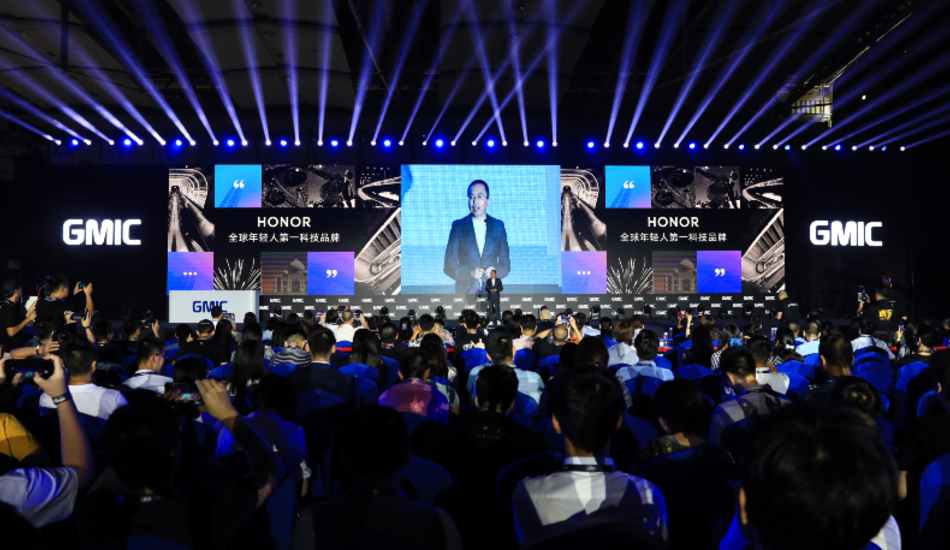 Huawei sub-brand Honor has announced it’s venturing into smart TVs by announcing the Honor Vision TV alongside new technologies including a Honghu 818 intelligent chipset and a smart pop-up camera for large screens. The company also revealed a new concept under the name “Sharp Tech” intending to embrace and explore new cutting-edge technologies in the future.

At the Global Mobile Internet Conference (GMIC) in Guangzhou, Honor President George Zhao unveiled the Honor Vision TV with a keynote titled “Only the toughest stands in the strongest storm”.

First things first, Honor says its brand new Sharp Tech concept will “represents the spirit of exploration among young people”. The concept will bring development and independent innovation of technologies and meet the high-quality demands of young consumers globally. The company also plans to offer openness, collaboration and co-creation by representing the spirit of a decentralised internet.

Lastly, Honor also disclosed that the Honor Vision TV will equip a Smart Pop-up Camera. The world’s first smart screen, as Honor calls it, will equip NPU capability for face recognition and will bring powerful functions to the large screen smart TVs.

The Honor Vision TV will be released in mid-August 2019.